The World Heritage Area off the Cooloola coast became K’gari (Fraser Island) last year, but the official place name of the world’s largest sand island and popular tourist and fishing destination is yet to change.

The State government has made its position clear that the name should change, but wants to hear more views from the Queensland community by opening public consultation on August 5 until October 3.

Environment Minister Meaghan Scanlon said K’gari (pronounced gurri) meant paradise in the local Butchulla language, describing it as “a much more fitting name for such an iconic place”.

“The name Fraser Island is culturally inappropriate – it is a tribute to Eliza Fraser, a woman whose narrative directly led to the massacre and dispossession of the Butchulla people,” Scanlon said.

Historians view Eliza Fraser’s account of her experience with the Butchulla people, when shipwrecked off the island in 1836, as a highly influential but negative narrative about Aboriginal people that had an enormous impression on the early colonial mindset that persisted for decades to come.

Despite being helped by the Butchulla people, events that were corroborated by other shipwreck survivors, Fraser chose to write of her ordeal as “”a fate worse than death”, portraying her rescuers as primitive, barbaric, murderous and cannibalistic.

For decades, the Butchulla people have lived with their home being named after the person who was a key author of the myth that Aboriginal people were ‘savages’, helping to harden attitudes that led to dispossession and attempted genocide. 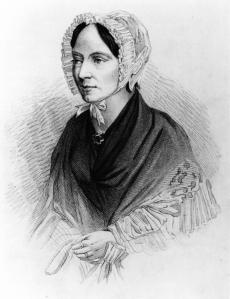 A portrait of Eliza Fraser.

Aunty Gayle Minniecon, chair of the Butchulla Aboriginal Corporation (BAC), said the reinstatement of K’gari as the island’s name was a long time coming.

“It means so much to the Butchulla people,” she said.

“For us it’s about respect for our people. It’s important for us to let our ancestors know that our culture is still strong and we continue to care for our country.”

“Having K’gari reinstated means that we are returning our story back to where it belongs – to its home.”

The wider public consultation comes after the Palaszczuk Government actively worked with the Butchulla people to recognise the cultural significance of K’gari.

Resources Minister Scott Stewart said the island had been known as K’gari for thousands of years.

“And I hope it will be formally known as K’gari for many more years to come,” he said.

“K’gari forms part of a spiritually significant story for the Butchulla people, one that should be celebrated and embraced by all Queenslanders,” Crawford said.

“On the ‘Path to Treaty’, recognising Indigenous language through proposed changes to place names like K’gari demonstrates the Palaszczuk Government’s commitment to truth-telling and reconciliation.”

“Our community has acknowledged the name K’gari for quite some time now, and I can’t wait for visitors to do the same,” he said.