Success stories are things to be treasured in the bush, where nature and distance combine to present challenges so large and immediate that overcoming them often leaves little energy for celebration.

But the outback town of Barcaldine is bursting at the seams with good feeling this week, not only due to recent rains and a constant stream of tourists with their caravans and fat wallets but also because it is where scores of mayors and local council luminaries are meeting to talk about the economic potential of their communities.

What has become known as the Bush Councils convention, organised by the Local Government Association of Queensland, has filled Barcaldine to the brim with community leaders having tales to tell about what success in rural and remote Queensland looks like.

And there is one particular tale that has dominated the conversation around the public bar. Typically for a gathering of local councils with small rate bases and land areas the size of whole countries in Europe, it involves roads.

Well, one road in particular – a 2700 km monster traversing the heart of the continent from Winton to Laverton in Western Australia that is slowly but surely being tamed, one truckload of bitumen at a time.

The Outback Way, dubbed Australia’s longest shortcut, is seen as a key to unlocking billions of dollars in investment in mining, agriculture and tourism.

The story of the Outback Way and how a team of tiny councils managed to turn it from a dusty and often dangerous track to one of rural Queensland’s most vital economic assets is one of grit, determination and persistence.

One of the last big infrastructure announcements of the previous Morrison government was a $678 million commitment to pave the final 1000 kms of this road link. And it was largely thanks to a lobbying effort from councils that spanned 25 years.

This week’s Bush Councils gathering was the first chance those councils were able to let their peers know how they finally did it.

After years of portraying the Outback Way as a tourism initiative, they changed tack and began talking up the industrial benefits of sealing the road.

Boulia Mayor Rick Britton said the moment the group starting talking to politicians about how a sealed Outback Way would benefit the mining industry, the “big bickies” of future royalties payments changed the conversation. 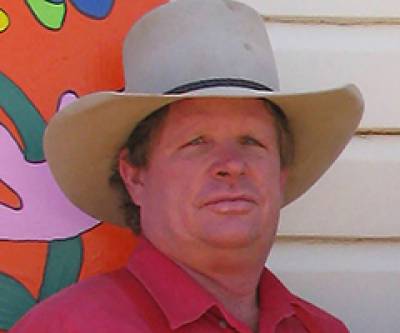 He tells a story about the commercial impact of sealing just a small section of the road.

“I run bullocks. When they were going from Boulia to Winton they used to lose 10 percent of their body weight on the 70 km of road that is still corrugated. With sealing it went down to four per cent”

The result was that it was easier for him to produce the ideal 300 kg dressed weight bullock with the road sealed than not. More bitumen, more beef.

As for the mining industry, sealing the road link means workers could take post-shift journeys down from eight hours to four.

Saving shifts means more product out of the mines and more royalties.

Stories such as these made the difference and after years of frustration and indifference from Canberra and William St, the money started flowing out of both the state and federal governments.

For Britton, the lesson was simple: Knock on a minister’s door with a potential solution, not a problem.

Safe to say he has been a popular figure at Barcaldine this week.