A staffing shortfall crisis that is threatening to close childcare centres across Australia will hit rural and regional areas especially hard if farming families are forced to keep their children with them while they work.

As extensively reported by InQueensland, farms remain among the most dangerous places to work, accounting for 44 deaths in Australia last year, with just under 14 per cent of those children under 15.

The numbers for adult fatalities have improved significantly, down from 58 in 2020, but the proportion of child deaths has barely moved, prompting calls for more attention on addressing the shocking numbers.

Stevi Howdle, the executive officer of national peak group Farm Safe, said lack of childcare, especially in areas with a high proportion of families where both parents work on the farm, could seriously hamper any efforts to arrest the tragic figures.

While she is unaware of research showing a direct correlation between childcare availability and on-farm injuries, experience in the field told her that children were at higher risk of harm on farms when parents were distracted by their work.

She said farms were already risky environments for children, bringing them into regular contact with machines, chemicals, livestock and dams among the leading causes of injury and death.

Children unsupervised, even for a moment, would only elevate those risks, Howdle said.

“One of the things we actively promote to farming families is that if your mind is on the job you are not actively supervising the child.

“That’s the highest level of risk for a child, because it only takes seconds of inattention for a child to wander off and come into harm’s way.”

Howdle’s warning comes as regional areas of north-west Queensland fight to keep the doors of their childcare centres open due to chronic staff shortages and ongoing struggles to recruit new staff.

Among those under threat include the Normanton Childcare Centre, while the centre in Julia Creek has shifted to reduce opening hours due to staffing stress.

Katter’s Australian Party Leader and Traeger MP Robbie Katter said the Julia Creek Early Learning Centre had been trying to recruit a director since the start of the year.

The fruitless search has been partly blamed on rising living costs, high relocation expenses and a lack of affordable housing in rural and regional Queensland, forcing the Julia Creek centre to only open four days a week.

McKinlay Shire Council CEO Trevor Williams said the community desperately needed the centre to remain open, and if no one could educate and mind local children, parents would be forced to stay home.

“A parent forced to stay home to care for their children is a member of the community taken out of our workforce,” he said.

“In a small town such as Julia Creek that can have damaging impacts on the area in which they were working.”

Williams said there were regulations in place that state for a centre to operate the centre must have access to an early childhood teacher, which the centre did not currently have.

“The government has given us a waiver for 12 months, but if that is exceeded the future of the centre will be unknown,” he said.

“The government also offers funding through the Queensland Kindergarten Funding Scheme (QKFS), which is designed to assist services with the cost of implementing and delivering an approved kindergarten learning program.

“To qualify for this funding the program must be delivered by a qualified early childhood teacher, so we currently are ineligible for this also.”

Katter said while the issue was among its most acute in Julia Creek, the childcare staffing shortage was replicated across most communities in rural and regional Queensland. 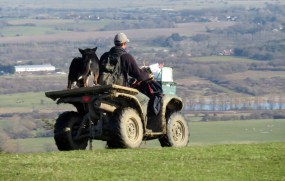 “These types of issues have a direct correlation with the liveability of a rural town such as Julia Creek,” he said.

“It’s a great, friendly town, with very minimal crime – the perfect place to bring up a young family.

“It seems unrealistic however for families to make the move, or stay in the town even, if a child-minding facility is not an option.

“It appears that this is a national issue and not enough people are pursuing education in early childhood, and those that are educated are leaving in droves.”

Katter has called on the Albanese Federal Government to provide free tertiary education to Australia’s future early childhood educators in return for them pledging to work in rural and remote communities for a minimum period of five years.