The peak farming organisation is determined to increase safety vigilance among its farmer members who are based mainly on the coastal fringe in northern NSW and Queensland.

Data relating to farm injuries and fatalities does not provide details on the types of properties where accidents occur.

Even though on-farm fatalities in Australia have been lower this year (down to 20 from 33 in the first six months of 2021 compared to the same period in 2020), the agriculture industry as a whole acknowledges it has a big problem.

The same organisation that produced those figures, Farmsafe Australia, also reports that serious farm related injuries have remained static at about 70 reported injuries in the last three years.

In Queensland, according to Work Safe Australia, farming, forestry and fishing is more likely to kill you than any other occupation.

As well as the human cost, business owners under new industrial manslaughter legislation, as previously reported by InQueensland, can face hefty fines or jail time if workers are injured or killed on their sites.

A company last year was prosecuted under a different legal framework and fined $150,000 in a Cairns court after a worker was crushed to death while trying to repair a haul-out vehicle on a north Queensland sugar cane farm in 2017.

In August this year, one of Australia’s biggest millers, MSF Sugar Pty Ltd, was charged under the new legislation following the fatal electrocution of one of its workers at Little Mulgrave, near Gordonvale, south of Cairns in 2019.  The maximum penalty is a $10 million fine. 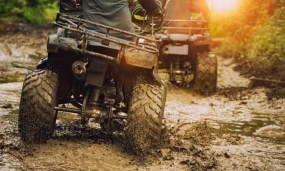 Dying to ride: The killer quads making farms our most deadly workplaces

In a bid to help reduce the tragic toll, Canegrowers has enlisted the help of James Cook University to produce a workplace health and safety guide specifically aimed at the hazards sugar cane producers face and the safety regulations they are required to negotiate as business owners.

“Every business owner knows the importance of safety, but it can be hard to find the time to do the checks or keep the records effectively, instead relying on their personal experience and knowledge.”

Galligan said the guide was divided into useable sections unique to the business of growing sugarcane, providing timesaving information and resources and the ability to keep documentation handy on a computer, tablet or smartphone.

“All of this means less downtime and therefore less expense in the long term for the grower but most importantly, it means a safer working environment,” he said.

“In the end, many of our workplaces are also family homes. The people who work and live on our farms are our most valuable resource and part of our community.”