The Federal Government has punted nearly $8 million into the museum project through the Building Better Regions Fund, described by Murweh Shire mayor Shaun ‘Zoro’ Radnedge as like “winning the lottery”.

Agriculture Minister and Member for Maranoa David Littleproud made the official announcement on Sunday in Charleville, an event slightly more low-key than the town’s rapturous response the day before to the return of hometown rugby league hero Kurt Capewell.

The star forward, who acknowledged his hometown after Penrith’s NRL grand final win over South Sydney earlier this month, will move to the Brisbane Broncos next season.

He has remained in close contact with Radnedge via his parents who still operate a property in the district.

A self-confessed “mad keen rugby league fan” Radnedge didn’t coach Capewell during his junior years in Charleville, but has leveraged the relationship in recent years to support the sport at the grassroots and develop more young talent at the Western Ringers club.

“If we’ve ever needed a jersey to auction to raise money for the club, Kurt has always helped us out, including his State of Origin jersey,” Radnedge said.

“When I heard he was coming back to his parents’ place for a spell after the grand final I rang his old man to ask if we could put on a skills session for the local kids.

“Kurt just jumped at the chance, so it’s only fitting we renamed Charleville ‘Kurtsville’ for the day and gave him the key to the town, which got him a bit emotional when he received it. It was pretty special.”

Radnedge said the event attracted 58 young footy players, a stunning result given the town has 75 juniors registered at club level.

“We also had a family drive out from Chinchilla so the appeal went much wider than Charelville,” he said.

Radnedge and his community better get used to more out-of-towners coming through to experience Charleville’s sights.

After years of drought and economic decline, the community is experiencing its greatest tourism year as Australian holiday-makers flock to regional destinations on the back of Covid travel restrictions.

Estimates put tourist numbers at 80,000 this year, with plans to push the figures above 100,000, mostly during the region’s peak season in the cooler months of the year from April to September.

Sunday’s announcement of $7.94 million for an Australian Outback Museum to be built in the district marks the latest attraction that’s establishing Charleville as a primary, marketable tourism destination, capable of attracting thousands of visitors and keeping their tourist dollars circulating in the local economy.

With a master plan on the table and the concept still at its early stages, Radnedge and his team travelled to Canberra earlier this year to lobby key decision makers on the merits of their bid.

“Thankfully, it’s paid off,” he said. “It’s a huge boost for us – an absolute game-changer that will turn Charleville into a destination in its own right.”

As previously profiled by InQueensland, Charleville recently opened an interactive museum honouring its World War 2 history as a top-secret US air base.

The town also has The Cosmos Centre, offering stargazers the benefit of powerful telescopes to observe the solar system unimpeded by light and air pollution.

And it also offers the Bilby Experience, showcasing the endangered marsupial and the mission that has been undertaken to secure its ongoing survival.

Regional tourism expert Professor Brent Moyle, whose team at Griffith University has been integral to Charleville’s tourism development, said a theme linking the attractions was starting to build, although thoughts on a coordinated marketing strategy were still at early concept level. 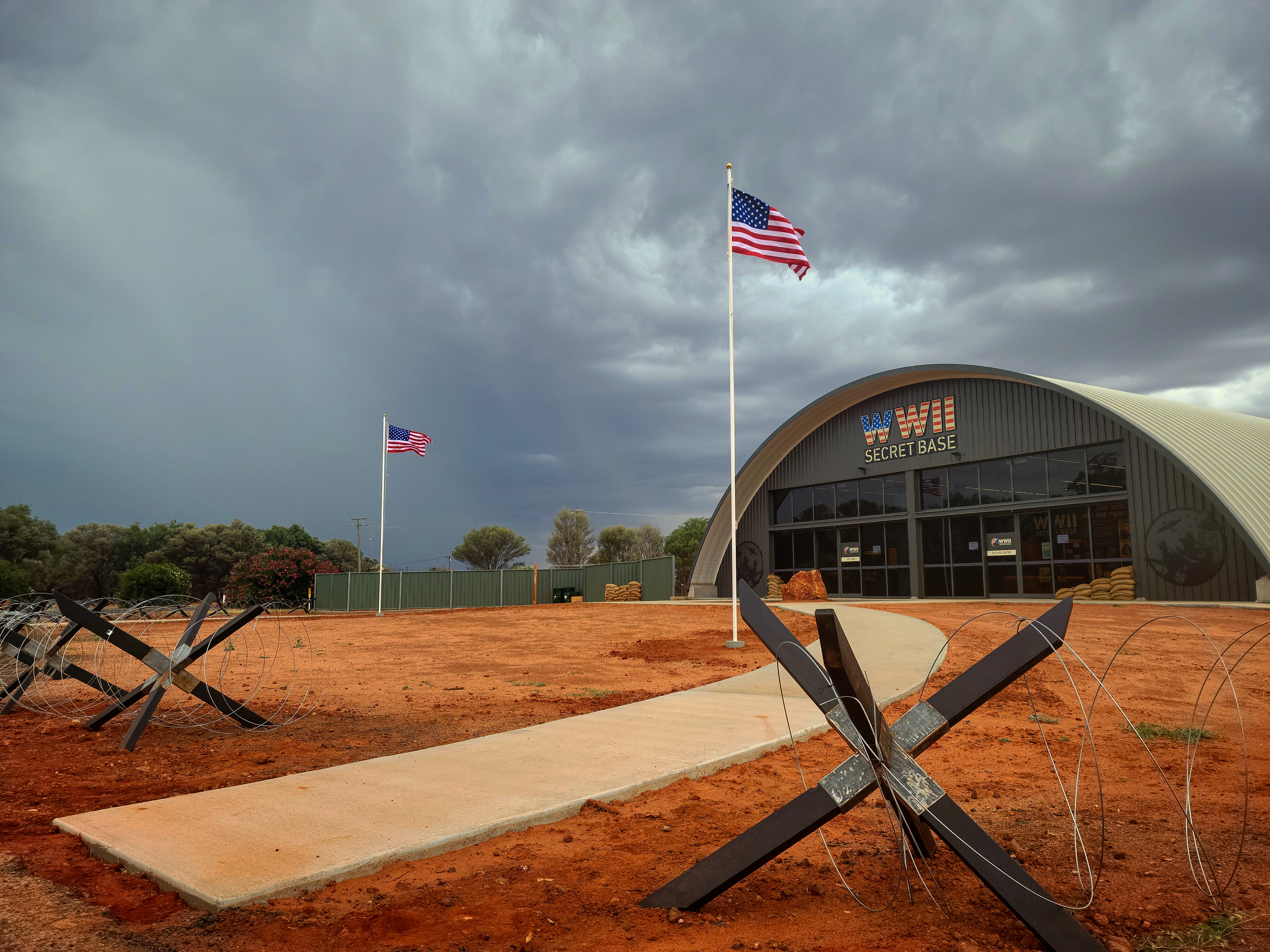 “This has been more than five years in the making and we’re now starting to see the development of a genuine tourism precinct,” he said.

“Between all of the built attractions we have I’m seeing a theme of uncovering secrets and mysteries which I think would make for an intriguing marketing campaign to bring more visitors out of the cities to explore this wonderful region.

“Charleville will be the first stop we believe on a trail of other western Queensland attractions, such as the natural sciences loop around Eromanga that offers world class appeal around fossils and long buried dinosaurs.

“We’re building a core of experiences that will attract visitors and keep them here for the duration of the leisure time they have available.”