Two-thirds of the state remains in the grip of drought, but the agricultural sector is riding a wave of optimism in defiance of what’s falling, or not falling, in the rain gauges.

Some parts of Queensland, such as the shires of Boulia, Diamantina, Flinders, McKinlay, Murweh, Paroo and Richmond have been drought declared since 2013.

But coupled with forces beyond the fickle weather patterns, such as rising farm commodity prices and low interest rates, there’s been enough moisture around since last summer’s late break to lubricate the wheels of rural commerce.

“Traditionally people think that when a drought is on, the market stops dead. But that’s just not the case,” says John Thomas, area manager of the Department of Resources’ State Valuation Service.

“The market is still going because landowners are still continuing to identify opportunities to expand their businesses.”

Also, a beef producer south of Beaudesert, Thomas told those attending the recent Queensland Rural Property Conference in Toowoomba that taking the punt to capitalise on opportunities takes confidence.

He said there were several factors currently in play supporting the ambitions of primary producers to widen their horizons.

“Rural land values are continuing to grow on the back of expectations good conditions will hold,” he said.

“Sales are generally the result of landholders taking the opportunity to purchase land that complements their existing holdings to expand their businesses. Many of the sales are family oriented.”

Thomas and his colleagues have been preparing for the onslaught. In the last 12 months, 261,000 properties have been issued with new land valuations, representing 59 per cent of the state’s total land mass in 25 local government areas.

“All rural land has just taken off this year,” he said.

While there is no definitive correlation between the two trends, it’s generally observed that Queensland’s rural property market will rise in line with the Eastern Young Cattle Indicator (EYCI), a seven-day rolling average of young cattle prices from 25 saleyards across Queensland, NSW and Victoria.

Expressed as cents per kilogram carcase (or dressed) weight (¢/kg cwt), the EYCI has more than doubled since October last year to a record 1027 ¢/kg cwt last month.

The sharp rise is partly a legacy of drought, simple supply and demand in action.

Prolonged drought that burns away pasture will see producers liquidate their herds in bigger numbers through the abattoirs.

Now that the grass has returned in many grazing districts of Queensland, producers are looking to re-build their depleted stocks and to capitalise on the high prices, which is why demand is heavily outpacing supply.

Livestock market analyst Matt Dalgleish, of Thomas Elder Markets, says if current trends continue the national herd will be at 26 million head by end of this year, targeting 28 million head by 2023, regarded as the figure needed to stabilise the market.

Rabobank livestock analyst Angus Gidley-Baird says he anticipates prices will start to ease in coming months if previous year’s trends are any indication.

“Although seasonal forecasts suggest favourable growing conditions, which should support ongoing producer demand, it is difficult to see cattle prices going higher than their current levels,” he said.

But it’s not only beef that’s been on the upswing.

Other major Queensland farm commodities such as sugar, cotton and wool are strong, backed by the release of Rabobank’s Rural Commodity Price Index rising to its highest level on record, surpassing the Covid-induced commodity price surge of March 2020.

A softer Australian dollar, strong demand, and gains in global prices for wheat, barley, canola, cotton, beef, lamb, and sugar were behind the spike. Other prices were flat or only marginally lower month-on-month, according to the bank’s analysts.

The first month of spring focuses attention on the upcoming winter crop harvest, although grains analysts such as Andrew Whitelaw, from Thomas Elder Markets, is looking abroad at Australia’s export competitors for the clearest indication of what growers here can expect once the crops are stripped and in the silos.

“What we saw in August was the largest fall in estimated global wheat production that the world has ever seen,” he said.

“For starters, we’ve seen 7.5 million tonnes drop in Canada and more than 12.5 million tonnes in Russia, the world’s largest exporter of grain. Exporter stocks globally will be at their lowest level since 2007.”

National agricultural economics forecaster ABARES is tipping this year’s harvest to break 54.8 million tonnes, 30 per cent above the ten-year average. 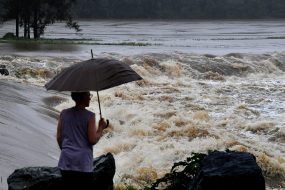 The combination of big volumes from Australian grain growers, high consumer demand and low stocks internationally, is putting the local industry in the middle of a rare “golden window of opportunity”, according to Whitelaw.

“Typically, we have our highest prices when we don’t have that much to sell,” he said.

“In 2018 and 2019 we had small harvests and huge prices, which meant growers here couldn’t really take full advantage because they didn’t have enough to sell.

“We have a small population, but a large exportable surplus. Even in a drought year this tends to be the case.

“The conditions currently before us don’t happen very often. It’s just fantastic news for Australian farmers who are on track to produce a superb crop this year.”