However, like other silo towns, not all businesses were cashing in on the increase in visitor numbers.

The national report found 64 per cent of local business owners in silo towns reported that silo art attracted customers to their businesses. It found 47 per cent responded that it had a noticeable positive impact overall on the businesses in their town.

Report author Dr Amelia Green said the popular art would not automatically save local economies, but longer-term plans that provided a better tourist experience could sustain the benefits.

“This silo art really does put a lot of these towns in a new arena. They are not tourist towns and they’ve never seen themselves before as a destination,” Green said.

“But now they should start acting like a destination. They have an incredible asset but have to invest in it and the experience for visitors to their town over time.”

She said it was mainly businesses that were close to silo art sites that reported an upturn from visitor numbers.

“While some business owners and managers attributed the survival of their business entirely to silo art visitors, others reported that silo art has made no difference to their trade,” she said.
Green said silo art was relatively new in Queensland, with major artworks in Monto near Bundaberg, Thallon in the state’s south-west, and Yelarbon near Goondiwindi in south-central Queensland. 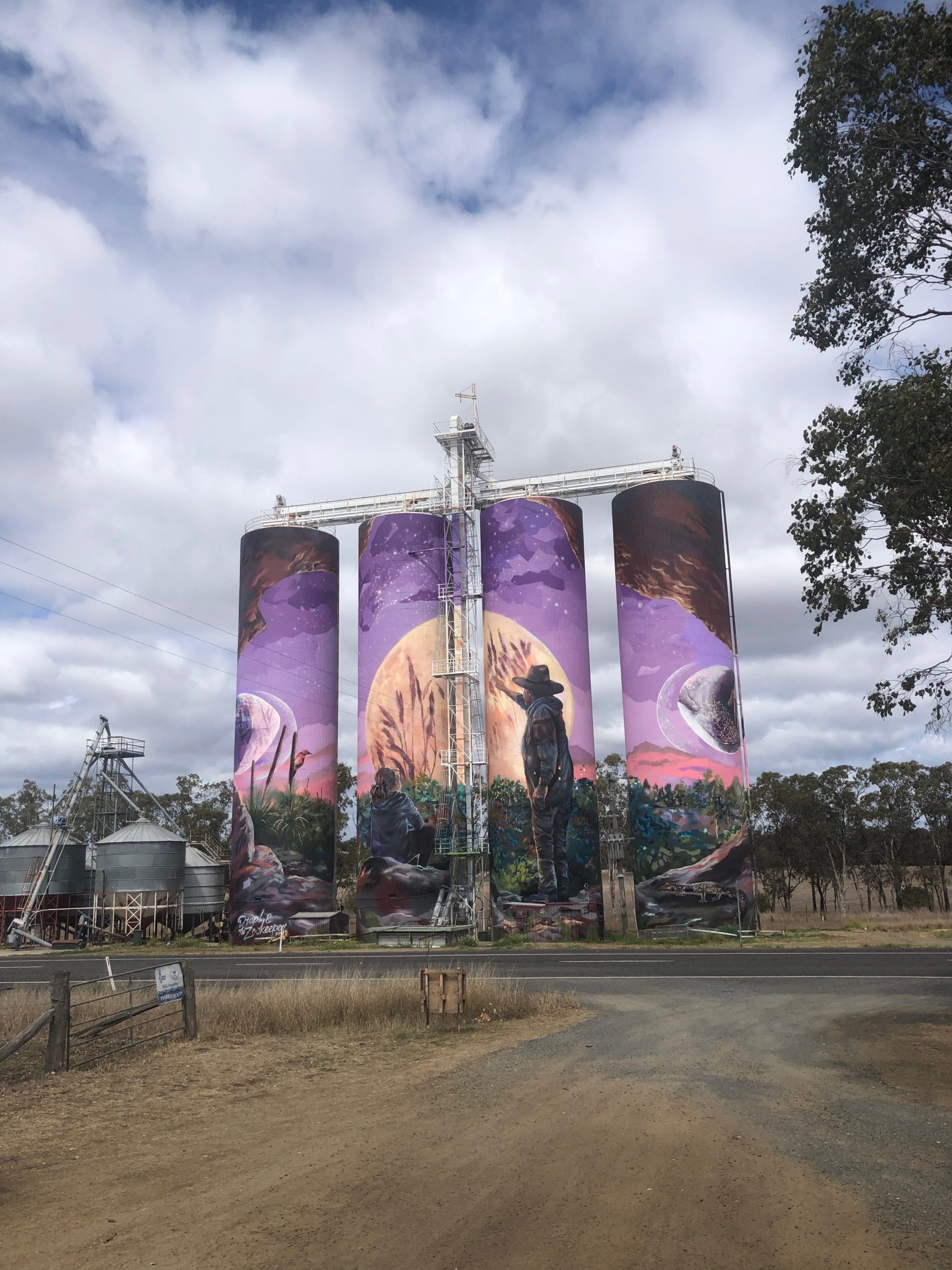 The picture postcard phenomenon itself hasn’t been around for long – Australia’s first silo art site in Northam, Western Australia, was only completed in March 2015. There are currently 48 completed silo art sites across Australia, and at least a further 15 in the planning stages.

Green said many small towns embarked on silo art projects to attract visitors to places they have never heard of, to create a lifeline for struggling local businesses, and to revive community pride.

Green said Queensland’s silo art was performing especially well even though there was no “silo town trail” linking the regions for tourists, as there were in other states.

The silo art had also proved effective as an alternative to Queensland’s famous coastline and was beginning to draw tourist numbers inland, especially in the current Covid environment when Queenslanders were being encouraged to travel within their own state, she said.

The study found 59 per cent of visitors to silo towns spent between 10 and 30 minutes looking at each silo artwork, but only around 26 per cent spend between one and two hours in the town.

It found 54 per cent of visitors said they would have probably not otherwise visited these towns, and 26 per cent journeyed to the town specifically to visit one particular silo art site.

The report recommended that silo art towns leverage the interest in silo art by activating other experiences for visitors and providing up-to-date online information about the art, local businesses and opening hours to assist visitors planning their trips.