The Local Government Association of Queensland (LGAQ) has been calling for reform and repair of the state’s stock routes for decades.

The organisation finally got its way in July when Resources Minister Scott Stewart released a proposed management strategy to fix the ailing 72,000-kilometre network that is used to feed and move up to 330,000 stock each year across 48 local government areas.

The routes, which fan out across the Queensland interior like a spider’s web of rustic outback arterials – of varying scale and condition – become critical during drought when livestock are required to be moved from dry paddocks to districts which may hold more water and grass.

But the network also harbours campsites and areas of ecological and cultural significance, leading to furious discussion about who should ultimately pay to maintain key infrastructure that will benefit a diverse stakeholder group. 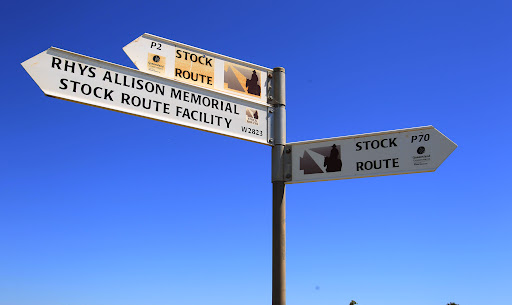 Public consultation on the proposed new way forward will close on September 3.

Stewart’s announcement of the proposal in western Queensland last month was embraced by LGAQ and AgForce, who added their endorsement in a joint statement with the minister.

But Roma drover Bill Little is wary of the two organisations’ effusive response, enmeshed with the government’s proposal that is still the subject of public discussion.

In a profession from a bygone era, Little is one of Australia’s best-known drovers. According to his assessment he knows the Queensland stock routes “better than most”.

Few would argue with his judgement. He moves about 6000 head of cattle a year on average across the network.

The cost to do so is calculated on a per head, per day rate.

Like others in his trade, Little moves stock along primary stock routes, classified on official maps as those areas frequently used by drovers and possessing good facilities to maintain the welfare of cattle.

Other routes are marked as secondary or as minor/unused.

Little argues the classifications are misleading.

“Everything they have marked as minor or unused is currently being grazed heavily at no cost by existing landholders on the stock routes,” he said.

“It might be classified us unused on a map but I can tell you it is used, but for no money.

“It’s only deemed unused because blokes don’t have permits on them and they’re grazing their cattle there for free.”

His fear is that unregistered grazing on government land will continue to grow the portion of minor/unused country at the expense of primary networks that drovers can use.

“It’s devastating to us and for the beef producers who rely on that network to move cattle to better water and pasture in times of drought,” he said.

“What it could mean is that the government will lock-up the minor and unused sections with fences and gates and only maintain one per cent of the network for travelling stock.

“This is also a threat to the people of Queensland and possibly Australia, because what it means is that this great piece of land will no longer be available for them to use either.

“Fun runs, car rallies, camping and the like are all at risk, because once those primary stock routes are diminished it’ll get fenced off and nobody will be able to use it.

“We’re saying that anyone and everyone who uses that country along the stock route network should pay – droving is just a very small part of it.”

AgForce’s Michael Guerin agrees that anyone deriving an economic benefit from the stock route should be financially contributing to its upkeep.

“Anyone and everyone who uses those stock routes should be paying the standard rate,” he said.

LGAQ deputy CEO Allison Smith said a fair and equitable revenue base was the best way to ensure the network’s protection.

Local councils are the primary caretakers of the network, Smith said, ensuring routes in their areas are monitored and maintained.

She said councils collect fees from network users, but currently this only represents about 4 per cent of the total funds they need to cover the costs, with ratepayers footing the remainder of the bill.

“The current fee structure has not changed in almost 20 years,” Smith said.

“If we have better funding it will mean improved outcomes for all those using the stock routes.”