Shoppers are being warned to expect higher produce prices at the checkout in the coming months after government programs failed to attract enough workers to address the industry’s ongoing farm labour shortages.

In mid-2020, the horticulture industry warned it was on track to face a shortfall of 26,000 seasonal workers by March due to international border closures that have locked out many working holiday-makers.

But the latest government data shows incentives by the federal and Queensland governments, aimed at attracting more Australians to take up picking jobs, have only had a combined uptake of about 500 people.

A spokesman for the Federal Employment Minister, Michaelia Cash, said the Government’s Harvest Trail relocation assistance program — offering up to $6,000 to Australians who move to regional areas for harvest jobs — attracted 453 workers between its inception in November and December 31.

Queensland’s Agriculture Minister Mark Furner said about 60 people had applied for payments of up to $1500 through a similar State Government scheme.

“We’ve got to be honest, even before COVID we were struggling, farmers were struggling to try and incentivise workers to go and come out from Australia to do this,” he told ABC radio on Tuesday.

The agriculture sector has recently been bruised by a series of underpayment and exploitation scandals.

But the minister puts the disinterest in farm work down to a shift in societal trends.

“When I grew up, my mum wouldn’t let me stay at home on school holidays, I had to go and pick rockmelons and watermelons and I graduated to being a cotton chipper,” Mr Littleproud said.

“Now they graduate to going to work in cafes and being baristas on the school and university holidays, and we’ve got to understand society has changed, but that doesn’t help farmers.

“They don’t have the luxury to sit around and wait. When their crop is ripe, they need to get it from the paddock to your plate.”

Mr Littleproud is focusing his energies on importing Pacific and seasonal workers.

For growers on Queensland’s Granite Belt, the effects of the shortage are intensifying as the region’s peak harvest period, from February to April, draws nearer.

“I think we’re going to see increased pressure across the board on our available labour,” Granite Belt Growers Association President, Angus Ferrier, said.

“We would need hundreds of people to pick apples alone, let alone all the other fresh fruit and veg that’s grown here.

“It’s pretty underwhelming to think that we’ve [just] cracked 500 Aussies who are willing to relocate to regional areas to fill these roles.” 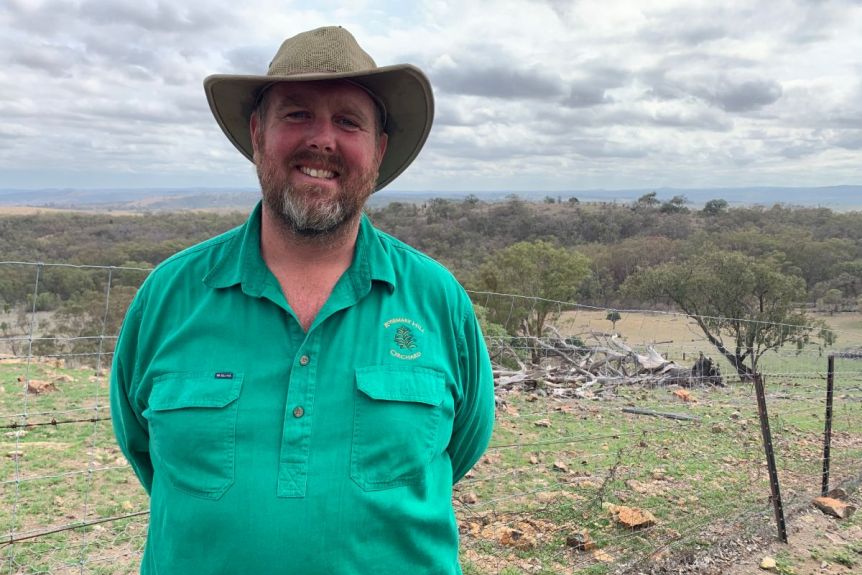 Ferrier said he was not surprised by the low uptake of the programs, as the industry had been sceptical of their ability to raise the required numbers from the beginning.

“I believe it’s becoming undeniable that Australians are either unable or unwilling to fill these agricultural roles,” he said.

“That’s absolutely not a criticism of the people in our capital cities who don’t want to take up these jobs.

“All it does is highlight why we rely on international labour who come here specifically to work in our industry and are willing to follow the seasons around the country.”

Pozieres apple grower Daniel Nicoletti is thinning his trees in preparation for next month’s harvest, which he anticipates will be extra busy due to the labour shortage.

“We’ve managed to find enough people so far but come harvest time when everybody else is wanting extra people we are concerned that there’s going to be a shortage,” he said.

“It adds another worry in the back of your mind. We’ve invested millions of dollars to get the crop to this point and the worst thing that could happen is you fail to harvest it at the last hurdle.

“I suppose we’ll work more hours and … somehow we’ll try to shave another level of efficiency off the job.”

Nicoletti said he had also had several offers from Australians keen to help out on the farm for a week or so with their families.

“It gives you heart to know that there’s people out there who care,” he said.

“But it’s difficult to train people for one week’s work.

“It takes a bit of skill to learn what we need to do and it’s a little bit inefficient if we’re having to train new people every week.”

Australians not the answer, industry says

Angus Ferrier believes the answer lies in a designated agricultural worker’s visa and an expansion of the Federal Government’s Seasonal Worker Program, which allows workers from Pacific Island nations to take up farm jobs in Australia.

The program is currently operating at a reduced capacity as federal and state governments continue to argue over quarantine arrangements.

“The timeframe that this is moving in is just too slow and too unreliable,” Ferrier said.

“There’s a mismatch in the numbers that industry says it needs and that governments are coming up with.

“We’re now at the pointy end where the effects of this problem are really starting to be felt on the ground.”

On the Granite Belt, those effects include higher wages for workers as employers fight to stay competitive.

“We’re hearing of plenty of horticulturalists paying in the order of 15 per cent over the industry award,” Ferrier said.

“For those people who are working on farms, where there’s a contract or piece-rate work, I’m hearing of plenty of tomato and strawberry pickers — admittedly the more capable ones — earning $40-$50 an hour.

“That’s the sort of cost that is being carried by these businesses and eventually we believe that will show up as an increased price at the checkout.”