Central Queensland farmer Deb McLucas knows she’s onto a good thing with the decision she and husband Rob Bauman made six years ago to mix tourism with their agricultural enterprise.

The combined venture is called agritourism, a concept that has seen farmers across the state turn their working farms into tourist attractions.

While barely a match for the coastal glitter strips, beaches and theme parks in normal times, COVID has swung the pendulum toward pursuits of a more earthy nature as travel remains restricted and the pandemic generates longer-term uncertainty and anxiety.

“Agritourism is undoubtedly benefiting from this sentiment, as it connects people to where their food is grown.”

A CSIRO report published in September projected Australian food and agribusiness could reach $250 billion by 2030.

Estimated to be a near $1 billion business in Australia, CSIRO analysis predicts the specialist agritourism sector will double over the next 10 years.

McLucas has seen the explosion in interest first-hand on her property, Freckle Farm,  35 km south west of Mackay near Eton.

Originally a cane and cattle property, Freckle Farm broadened to include mixed livestock such as pigs and egg-laying chickens 11 years ago.

In 2014, McLucas and Bauman took the step to allow guided tours of their operation, charging adults $20 with children under five free. Average visitor numbers were about 70 people a day.

,COVID restrictions resulted in the tours being suspended in February until October when tourism operations resumed with a boom.

Changing their business model that charges each visitor a flat $5, numbers have soared, with 500 people a day not unusual since re-opening.

“It also helped that we had our sunflower crop out in full bloom in October, which saw us attract about 1200 people over three days,” McLucas said. “This has been, far and away, the most successful period for our agritourism business that we’ve ever experienced.”

The Queensland Farmers’ Federation, which represents large-scale commercial producers from traditional commodity industries such as dairy, sugarcane, cotton and pork, is taking notice of the trend.

In a ground-breaking move, the group has announced the release of a roadmap to turbo-charge the sector in collaboration with rural business development consultancy, Regionality.

The roadmap will see stakeholders from across industry, government, tourism, regional development, small business, and infrastructure collaborating to create a direct connection between farmers and consumers to share where Queensland’s high-quality food, fibre and foliage comes from and how it is produced. 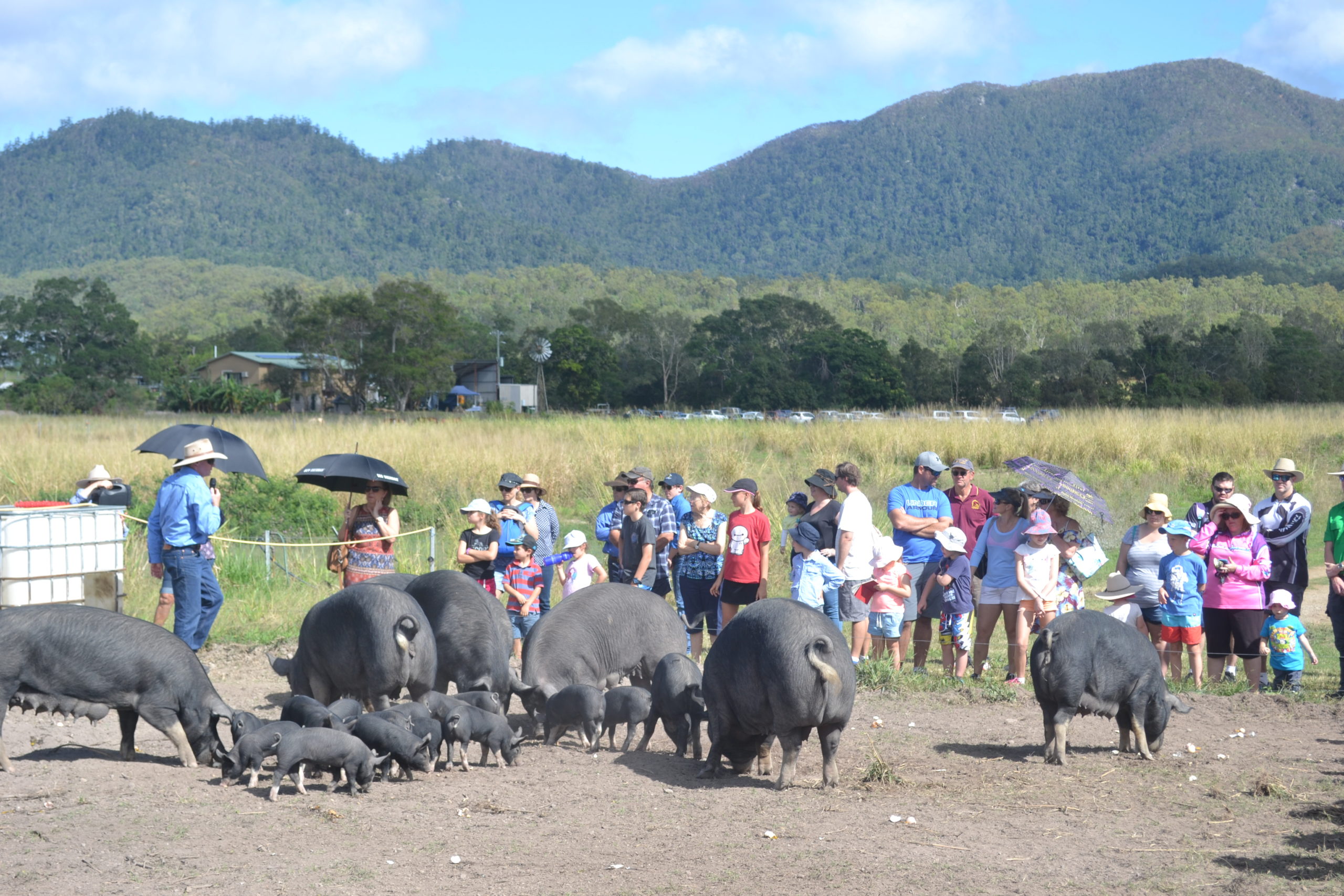 Visitors to Freckle Farm have swelled this year where free-range pigs remain a star attraction.

QFF CEO Dr Georgina Davis said the document was a positive first step in raising Queensland to be the number one agritourism destination in Australia building on the COVID generated momentum driving tourists to explore more of their own back yard.

“In Queensland, the current demand for domestic travel, particularly in the regions, has increased as result of the COVID-19 pandemic,” Davis said.

“Borders have been closed and people are still rightly nervous about travelling or flying interstate. With Queensland’s regions generally recognised as safe places to visit, many people are realising the joys of a road trip.

“The Queensland Agritourism Roadmap identifies ways industry and government can work together to create an environment that will support agritourism.”

Agritourism provides opportunities for farmers to supplement their income and market their produce through alternative channels, such as direct sales to consumers from the farm gate or accessing popular farmers’ markets

Their features can take many forms, from direct shop front outlets with produce tastings, farm and winery tours, cooking classes and farm stays.

“Critically, agritourism has an important role in creating a more direct connection between the primary producer of food and drink and the end consumer,” Davis says.

“Any activity that fosters this relationship is agritourism.”

The Freckle Farm operation started modestly with cattle, pigs, chickens and horses. Today egg production takes up the largest portion of the farming business, soon to turn off almost 12,000 eggs a week with the addition of another 1000 hens to their current 3000-strong flock.

Freckle Farm is a free-range egg producer, with hens run at a stocking rate of 300 per hectare on irrigated pasture under outdoor mobile shelters.

It’s a clean, green farming system that uses no chemicals and applies high standards of animal welfare, appealing to discerning consumers who want to know the origin of their food and its ethical treatment.

“Our view is that if you have to keep people out of your farm then there’s something about your operation you’re trying to hide,” McLucas says.

“I appreciate we are only small scale in the scheme of things and that bigger operations need to limit contact with the public, but the closer to your consumer you can be the easier it is to establish a relationship with them.

“It builds rapport and customer loyalty. For us, the tourism side isn’t directly our biggest earner but it provides enormous cut-through for our marketing.”

Regionality CEO Rose Wright said while every farm had the potential to be an agritourism venture, not every farmer would find it a good fit for their operation.

But she argues that opportunities for farmers to test the market should be streamlined by a more coordinated planning framework that would involve input from local and State Government and industry.

“What we need is for the State Government to work with the Queensland Farmers’ Federation to progress regulation reform,” she said.

“That will assist farmers to start out small and test if agritourism suits them and their business goals. We want to encourage innovation and supporting a regulatory and planning environment that allows that to happen.

“That’s especially relevant for the Queensland economy, which the government is looking to revive post-COVID.”

“We are working with the Queensland Government to create a planning code to streamline these processes,” she said.

“Farmer education to develop the necessary entrepreneurial skills and understand the risks and business processes involved with operating agritourism activities is also needed.”

“Our aim is not to encourage farmers to leave farming and become tourist operators, rather to develop agritourism activities that build the resilience and offering the agriculture sector can provide.”

While already on a growth trend, opportunity for the sector has been accelerated at a rate that was not foreseen prior to the pandemic’s arrival, says Wright.

“What COVID has done is switch consumers onto the issue of food security,” Wright said.

“Farmers are still held in very high regard and people want to support them in good times and bad, so they can feel assured that when things are tough that food supply is assured.”

“Our farming community has been able to step up and get food to consumers and consumers are now responding and exploring regional Australia like they’ve never done before.”

She said agri-food and tourism have been identified as two of five key growth sectors over the next decade.

“Agri-food opportunities are identified to grow at around 3.6 per cent annually by 2030 and tourism expected to continue to grow faster than the national economy,” she said.

“When you consider that 43 cents in every tourism dollar is spent in regional Australia and the export market alignment of the agri-food and tourism sectors, you can see why agritourism has such an important role to play—not only in the economy but especially in maintaining the viability of Australian farms.”