The election result has exposed fertile conditions for a grassroots political movement appealing to voters looking for assurances on protecting farm production and fossil fuel industries in the face of climate change agendas.

InQueensland has written previously on the Green Shirts Movement, a group that began as a noisy protest voice against the Palaszczuk Government’s vegetation management laws in mid 2018.

In just over two years they’ve grown from a loosely aggregated band of aggrieved landholders with no identifiable leadership structure into a registered organisation with branches state-wide and specialist teams assembled who can ‘fly-in’ to advocate on their priority issues.

They share a board and resources with another primary producer advocacy group on the right side of politics – Property Rights Australia.

And its leader is former State of Origin great Martin Bella. Remembered for his fearlessness on the rugby league field, these days he’s pulling no punches with his assessment of where it’s all going wrong for conservative politics in Queensland

“When you look at the LNP this election they went for a voting demographic that was never going to vote for them anyway,” Bella said.

“Things like that car rego rebate, for example. Anyone with a half a brain could work out that was a just a Labor-light pay-off and the Bradfield Scheme was an absolute joke.

“They could never tell you how much it was going to cost. The way I looked at it such an irrigation scheme would have been too costly for average primary producers to access. Only the corporate farmers with deep pockets would have benefited.

“Both those policies and the Townsville curfew idea all showed that (Deb) Frecklington and her team were out of touch with rural people. They just made up these things in a Brisbane bubble and didn’t consult before running out and announcing them.”

InQueensland has lodged a request to the Opposition to respond and contacted individual LNP MPs for comment.

Some key rural stakeholder groups contacted have expressed to InQueensland their disappointment about a lack of dialogue with the Opposition during the last term.

One highly respected peak advocacy group said an Opposition MP responsible for a shadow portfolio directly relevant to their sector had not met with them in any capacity for more than two years.

Bella says he’s not surprised, although he’s had plenty of conversations with LNP figures and Labor heavyweights in recent times who are keen to see him join their ranks. 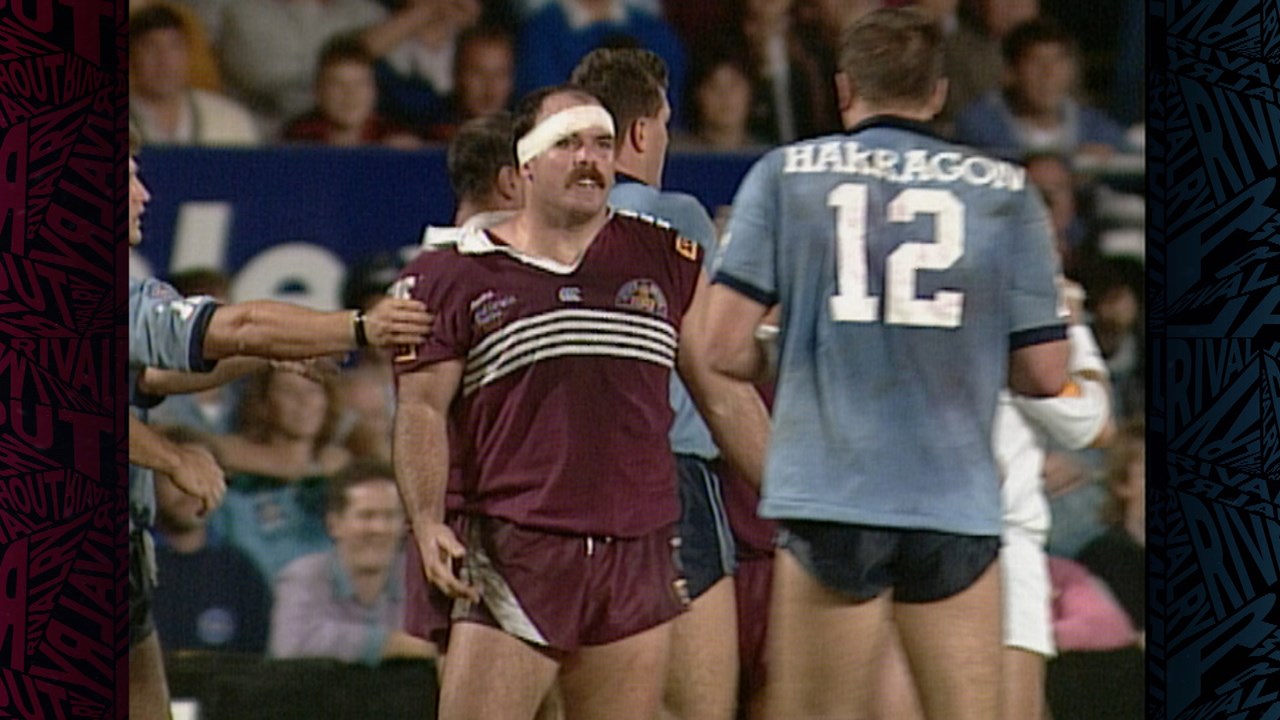 Without having this confirmed by either side, it’s still not difficult to see why these overtures would be plausible.

He’s an established name and sporting hero, comes with local government experience as a councillor with Mackay Regional Council and brings farmer credibility as a sugar cane grower near Sarina.

Mackay is a Labor stronghold. It would be a prized LNP gain in the future with a character like Bella leading the charge.

He’s eminently qualified. He speaks on point and with engaging sound bites, brings a Hanson-like homespun, common-sense, no-nonsense authenticity to his brand but with more intelligence and charisma, and a Trump-like energy to issues but with more coherence.

But he’s adamant he can be more effective in the Green Shirts.

Bella will indeed be one to watch in the next four-year term – not just for the erosion of the LNP’s rural flank and the full-frontal assaults on Labor’s climate policies but the relentless undermining of Queensland agriculture’s peak farming bodies.

Without naming them individually he calls them “weak” and “fence-sitters”, reluctant to take a clear position for fear of falling out of favour with the dominant ALP and its pro-environment backers.

The result, he says, is a rural constituency isolated and vulnerable to Labor’s climate-driven platforms and abandoned by the LNP whose preference deal in South Brisbane has elevated another Greens candidate to parliament, while signalling it was prepared to drift from its core values in the name of political expediency.

The damage from that decision, Bella says, will be brutal in the short term, and excruciating over a much longer period.

“It was a dumb move,” he said. “Why would you deliberately take out Jackie Trad when she was Labor’s biggest boogeyman?

“She was a lightning rod for every rural voter’s discontent with this Labor Government for her radical green views.

“Keeping her there would have brought votes to the LNP but instead it was made very clear that with the preference deal she never had a hope of winning.

“So, from day one of the campaign that opportunity was neutralised and the votes stayed with Labor.”

Prising those votes loose in another four years, Bella says, will come down to articulating that Queensland’s economy will flounder without robust policy to protect agriculture and mining.

He says a hard-line approach will be the only way for the LNP to differentiate its value proposition while “educating” city voters about the benefits of sustaining those two industries.

He says the LNP should have no fear of alienating city electorates by delivering a pro farming and mining message.

But will Queensland buy it?

Political scientist Professor Geoff Cockfield of the University of Southern Queensland, says the LNP opting for that route would amount to following a “highway to nowhere”.

“This is the dilemma for the LNP. Out in the regions you have really strong anti-Green sentiment, but if you’re in Fig Tree Pocket you’re quite removed from these rural issues and you’re probably wanting to see more climate action,” he said.

“It’s the reality of Queensland. It’s a huge state with broad interests, especially the further north you go, and managing the interests of the agricultural base and the resources industries with our environmental responsibilities.

“It’s an almost unsolvable dilemma for the LNP. If they take that hard, anti-Green, pro-development position they would never break into southeast Queensland and that is where the State’s growth is.

“Politics among other things is a numbers game and it’s impossible for the LNP to take or hold government without winning Brisbane seats.

“From observing and writing about Queensland elections for many years, if you fail to bring your political messaging back to the centre you will get into real bother electorally.

“This election was very much fought in the centre, which made the LNP look very uncomfortable.”

Cockfield says it is worth remembering the LNP can win if it finds the right balance in its messaging.

He says it may be worth studying the circumstances and campaign playbook of 2012 that led to the landslide victory of the LNP under Campbell Newman that ended just as spectacularly in 2015.

“The history of Queensland politics shows that once a party gets in, they tend to stay in power for very long stretches of time.” he said.

“That would suggest the Newmangovernment was an aberration historically but there may have also been something in the campaign message that was able to strike a chord with a majority of Queensland voters, regardless of whether they lived in the suburbs, on the coast or in the bush.”