An eminent Australian economist and renewable energy visionary, has seen the light and gone to outback Queensland.

Professor Ross Garnaut’s career has taken him into the inner sanctum of prime ministers and parliaments, esteemed academic institutions, boardrooms and the embassy in Beijing.

But as COVID-19 started to leach its way across the world he decided Barcaldine in Queensland’s central west was the place to be.

The Vice Chancellor’s Fellow at Melbourne University and wife Jayne started packing up their Melbourne home after a very brief conversation.

They decided if they couldn’t pop over to see their grandchildren, a temporary move where he could continue work on an existing project was not a bad idea. And the climate helped.

“We might as well be isolated in a warm and comfortable place where isolation was less structured, and where I had established friends and interests,” he said.

Because I’m a Longreach local, I drive 100km to our “eastern suburbs”, to meet him, intensely curious to find out how his “tree change” is going.

Like striking shearers in 1891, we meet under the “Tree of Knowledge” a living reminder (although it is actually a dead gum tree, beautifully preserved) of one of the nation’s most important industrial disputes and the birthplace of the Labor Party, smack bang in LNP heartland. 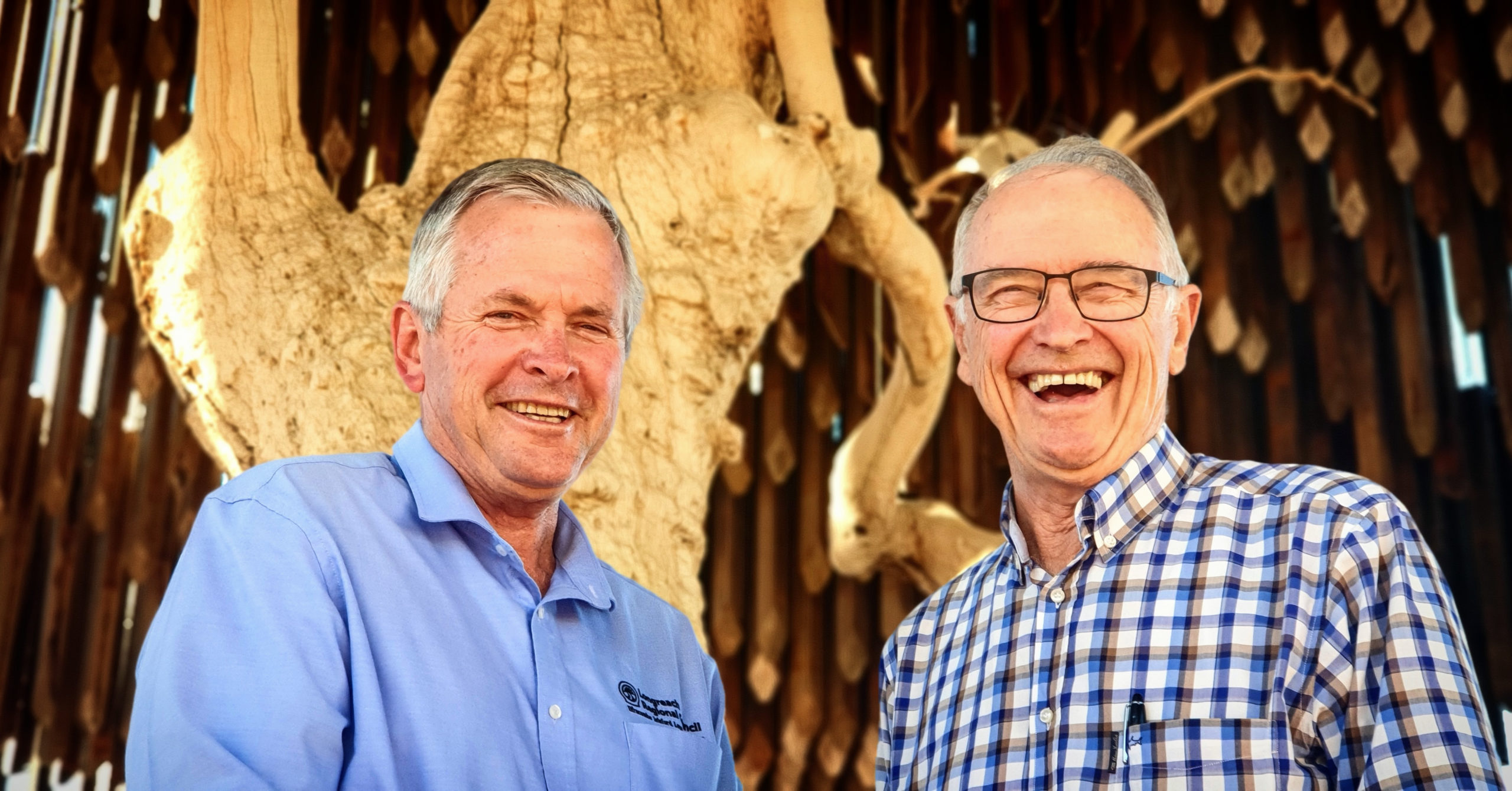 A biting cold wind and a conga-line of caravaners blows in, so we decide to walk the few blocks to his modest rented Queenslander for the interview.

Barcy – as it is known locally – has a population of less than 1500 and falling off the back of government job cuts, wild dogs and a drought that has plagued the region for almost a decade. But it’s the relentless sunshine that first brought Garnaut to the region.

I realise very quickly if his sojourn is successful, Barcaldine could feature again in history – this time as the birthplace of Australia’s clean energy economy.

An esteemed economist first and foremost, Garnaut first began to focus his energy on renewables and climate change when he was commissioned in 2007 by then-prime minister Kevin Rudd to research and deliver a ground-breaking paper on the economic impact of climate change. He is also director and chairman of sister energy companies Zen Energy and Sunshot.

Despite being well aware the region has the richest solar resource in eastern Australia, Garnaut didn’t visit until a few years ago when central west leaders approached him several times in Melbourne.

I’m sceptical when he explains Barcaldine is in a sweet spot for solar. Sure, there’s plenty of sunshine in these parts and I can count on both hands the number of times my five-year-old daughter – or nine-year-old son for that matter – has played in rain puddles. But I would have thought all of inland Australia was a Sizzler smorgasbord of sunshine.

“It has the best solar because it is on the right latitude,” he explains patiently. “A little further north – too many clouds, a little further east toward Rockhampton – far too much summer cloud, start to go south and the winter days become shorter. To give you an example, the same machine would produce 15 per cent more from Barcaldine sunshine than if it were in Rockhampton (600km away).”

While many country people love a cattle grid, solar grids have failed to deliver jobs, prosperity or cheaper power prices in the long term. The local government leaders wanted Garnaut to help them nut out what could be done to convert the extraordinary energy resources into jobs and industry.

“The idea is to use globally competitive power prices, potentially lower than anywhere else in the world, to build local industries that use electricity,” he said.

It was their focus on energy for industry creation that appealed to the author of Australia’s Climate Change Review.

A plan was formulated to choose one town, test the model, and deliver a blueprint for the others to follow.

In early June, the Queensland Government came on board, agreeing to spend $300,000 on a commercial feasibility study into Barcaldine’s potential options.

A large-scale greenhouse to grow food and a complementary charcoal or bioenergy plant to produce carbon dioxide for the greenhouse is being scrutinised.

A facility that will produce ammonia is also being considered.

Stage one is complete, and funding is being sought to look at more opportunities.

As the temperatures start to rise toward the characteristic carcinogenic 40s of summer, Garnaut and Jayne had planned to return home to Melbourne.

However, the Professor will keep working from remote Queensland on a project with the potential to rescue the nation’s economy after its clump into recession.

The 74-year-old is utterly convinced the solution to Australia’s two biggest challenges – the economy and climate change – lies in rural Australia.

“It’s essential, not only to our playing a part in a global effort on climate change but also for us having employment and high incomes in a prosperous future,” he explained.

As he finishes his tea (which I interpret as an extremely polite indication that there is no more time for just one more question) he delivers a splendid vision, one equal to the most spectacular outback sunset.

He spells out that essentially Australia has massive advantages in a zero-emissions international economy, far more than when it was driven by coal and gas.

Just to the east of Barcaldine is the Bowen Basin, from where billions of tonnes of coal have been exported to Asia to be made into steel. However, if iron and steel are made from renewable energy the processing and the jobs will not go offshore.

Sunshine and wind, unlike coal and gas, can’t be put on a ship and sent elsewhere.

After years of reporting from the bush stories of decline, drought and debt, I can’t quite believe what I’m hearing. Could it be Barcaldine that kickstarts Australia’s renewable energy-driven industrial boom?

His answer is not quite a wet blanket, more like a damp sheet you’d sleep under to keep cool in summer when the power’s out.

“I’m working towards that being the case,” he says, “but there are lots of things that could get in the road. You need support and cooperation from a lot of federal and state government agencies.

“I’m hopeful that that support will be there. But you’re not there until you get there, so we’ll see.”

On my traffic-free, hour-long commute back to Longreach, I ponder his plan. It seems like a no brainer.

All that is needed is sunshine, wind, lots of space and in the words of Barcaldine’s newest resident, “for us not to muck it up”.

When Nicole Bond is not writing for InQueensland she is the part-time media adviser for the Remote Area Planning and Development Board.