Australian Boarding Schools Association CEO, Richard Stokes, said most of the 491 students who go to boarding school in Queensland, but live New South Wales, will not be allowed to return back to school after the holidays without isolating for 14 days.

“The problem that we have here is that in the previous border lockdown the Government excluded boarding school students, and this time they’re not,” Stokes said.

It leaves parents such as Coffs Harbour resident, Libby Beech, facing the prospect of not seeing her 16-year-old son Rory until Christmas.

“I suppose the worst-case scenario is that he won’t be returning until the end of the school year this year,” she said.

Stokes said that quarantining during term time was not a viable option.

“In a term that’s only nine weeks long, taking two weeks out of that will severely affect their schooling,” he said.

Stokes said a blanket arrangement is being called for that looks after boarding school students and does not rely on individual applications for exemption.

“Parents are applying, and reapplying and sometimes winning on that second or third one, where that just doesn’t make sense,” Stokes said.

Stokes said because parents are not allowed to come and get their children from school, the association is putting forth suggestions to Queensland Health, such as a border bus.

“The schools are thinking about running a bus to Goondiwindi to let the kids walk across the border so that the kids can be picked up by their parents there,” he said. 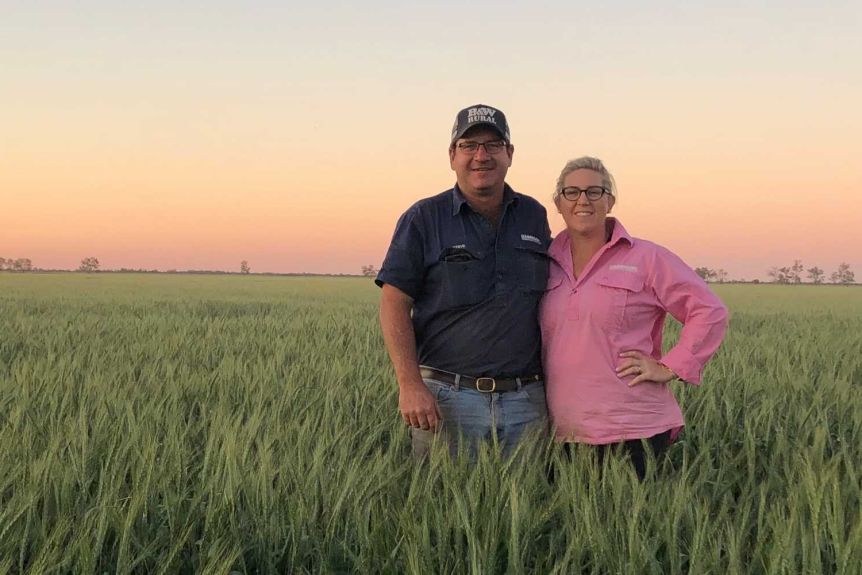 Anna Harrison lives 200 metres from the border on the NSW side of Mungindi, and sends her son to boarding school in Toowoomba.

“So as long as we stay out of our major town, Moree, and stay inside the bubble 14 days prior to collecting our son, we are able to go up, collect him and bring him back home for the holidays,” she said.

Harrison said for many families, having to quarantine with their child, away from the farm and away from work at this time of year is simply not an option.

“We’re heading into a harvest which we haven’t had in four years — not only a harvest but a good harvest,” she said.

“This is our major income for this area and it’s so important that, as contract farmers, that we’re working in that time.”

“With the upcoming school holidays we currently will not be able to see our son Henry,”  McNally said.

“The cost of us even contemplating bringing him back would probably amount to over $7000.

“We’ve just gone through basically the worst drought on record [and] somehow we have managed to scrape our way through — we’re quite resilient but it’s just really got beyond a joke now.”

‘Every family is different’

“The latest advice was that the school recommends families look for options for the boys to remain in Queensland for the holidays and that the boarding staff will be able to provide assistance in finding these alternative arrangements,” she said.

“Every family is in a different situation — it’s up to the individual student and how they would emotionally cope with the separation.” 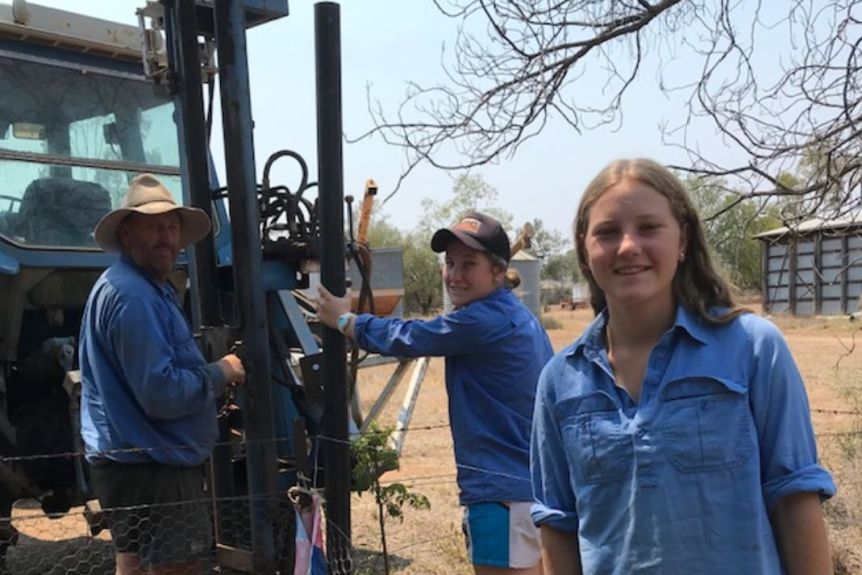 Phillipa and Scott Hann live outside the border bubble and send their 16-year-old daughter to boarding school in Toowoomba.

“I mean our kids come home to stay at home — they don’t go frolicking all around the countryside, so its not as if we’re going to go too far.”

Families can ‘guarantee isolation’ at home

“We’ve just run a big survey and 59 per cent of the respondents out of 250 said they could guarantee isolation on their remote property,” she said.

“The rest of the respondents, the remaining 40 per cent said they live in a council area that does not have any COVID.

“Whether there’s a way that bubble can be extended is something we are seriously looking at.”

A Queensland Health Spokesperson said, “we appreciate the challenges facing boarding school students and their families during this unprecedented time”.

“Queensland’s health and economy can’t afford a second wave — that’s why we closed the border to New South Wales, the ACT and Victoria.”

Stokes said it was a “really big problem for all of our kids who live in different states and go to school elsewhere, with 202 kids in NSW who go to school in Victoria”.

Acting Principal, Scots School Albury, Mark Geraeff is counting on an extension of the border bubble and exemptions.

“The Deputy Premier has promised to increase the border bubble to 50 kilometres, looking at the possibility of exemptions or the possibility of being able to return directly to boarding with a negative COVID-19 test,”  Geraeff said.

“Should they get that, I’m hoping they’ll be able to return to boarding immediately and not have to undergo any sort of isolation which would be pointless.”

Peak bodies continue to liaise with Queensland Health and the State Education Department in an effort to extend the border bubble.