With the days gradually lengthening and the early signs of spring on the horizon, the first week of August in Brisbane is normally stirring with the sights and sounds of showtime – the Royal Queensland Show where the bush comes to the city for 10 days of annual celebration.

Shuttered earlier this year in the face of COVID’s still raging storm, the Brisbane Showgrounds at Bowen Hills will be devoid of the city’s country cousins for only the third time in its 144-year history.

While the paraded bulls, big hats and even bigger yarns over a few beers at the Cattleman’s Bar may be missing this year, rural Queensland, unlike the Ekka, is ensuring it won’t be silenced, especially with the approaching State election now inside 90 days.

Events of last week, which may have gone unnoticed amid the noise of Victoria’s nightmare COVID-19 numbers and our own troubling health security scares, signal that regional Queensland is speaking up and it’s not happy, an ominous warning for all political contenders.

First up here’s a recap:

Those thoughts were made clear at a Federal Senate inquiry in Brisbane last week, established by Coalition senators to test the validity and veracity of the science that’s now governing how farmers near the reef – primarily sugarcane growers, but also horticulturists and beef producers – manage their land, especially in relation to chemical and fertiliser use.

The Canegrowers organisation says the changes to fertiliser rates will cost the Queensland economy $1.3 billion over the next decade.

Queensland LNP Senator Gerard Rennick called the Palaszczuk Government’s policy aimed at protecting the reef a “dagger” driven through the heart of the Queensland’s farming industries.

Environment Minister Leeanne Enoch says the State Government is acting on expert, peer-reviewed science in the interests of protecting the reef, which contributes $6 billion to the economy and supports 60,000 jobs.

As previously reported by InQueensland, Bundaberg lawyer Tom Marland, who is acting on behalf of 3500 claimants, alleges the State Government was aware of potential structural issues at the dam not long after it was built in 2005.

“We’ve been trying to work with the State Government since September last year to try and get common sense in relation to the management and future management of Paradise Dam,” Marland said.

“The political process has failed the Bundaberg region and all of those hardworking farmers that rely on the water from Paradise Dam.”

The legal action follows the judicial review that was filed to the Supreme Court earlier this year in a bid to stop work going ahead lowering the dam wall to protect it from structural failure and the potential for inundation of surrounding communities downstream on the Burnett River.

“The class action is for the damages and losses which are going to occur as a result of the loss of that water,” Marland said.

3. Councils across western Queensland build an alliance to provide a louder, more unified voice when it comes to negotiating with the Commonwealth and State Government.

Grouped from the 21 councils that cover 60 per cent of the state’s landmass, the new alliance is designed, in the words of Balonne Shire Mayor Samantha O’Toole, to “hunt as a pack”.

“As a group, we already punch well above our weight, and we also face the same issues,” she said. “By joining forces we can open doors and get our messages out there.”

The formation of the Western Queensland Alliance of Councils (WQAC) comes at a time when Queensland authorities focus on controlling public health in order for the State’s traditional twin-engine rooms of agriculture and mining to drive the economy forward. 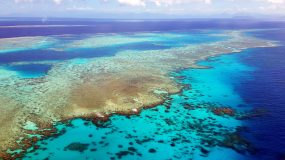 “As a region we are carrying well above our weight. Our agriculture and resources industries are essential to the State’s economy,” he said.

“In the west we always deliver whatever crisis comes, and our ability to keep on working and continue production during this global pandemic is proof of that.  Without it, Queensland would be pretty stuffed right now.”

Government expert Dr Paul Williams, of Griffith University, says the western Queensland alliance reflects his views on the State’s voting demographics, which he analysed in a published paper in 2018 based on the experience of the 2017 election.

According to Williams, traditional analysis separated Queensland voters between a city and country divide.

Williams says it’s no surprise the western rural councils have banded together, which he expects may spread to other regional councils adopting similar arrangements to increase their power and leverage.

“What they’ve done is effectively form a pressure group, or lobby group, to speak as one to get their voice heard,” he said.

“It’s a smart move, because as any Queensland political knows you don’t win government without winning the regions.”