Monstrous cattle trains have been snaking their way out of western Queensland, two stories high and three trailers long chased out of the region by grasshoppers.

Road trains are common this time of year, headed for abattoirs or grass elsewhere if there hasn’t been enough summer rain.

But this year there has been some decent rain in parts of the central and northwest, but in a cruel twist, substantial swathes of land are barren, chewed to the dirt by insects. 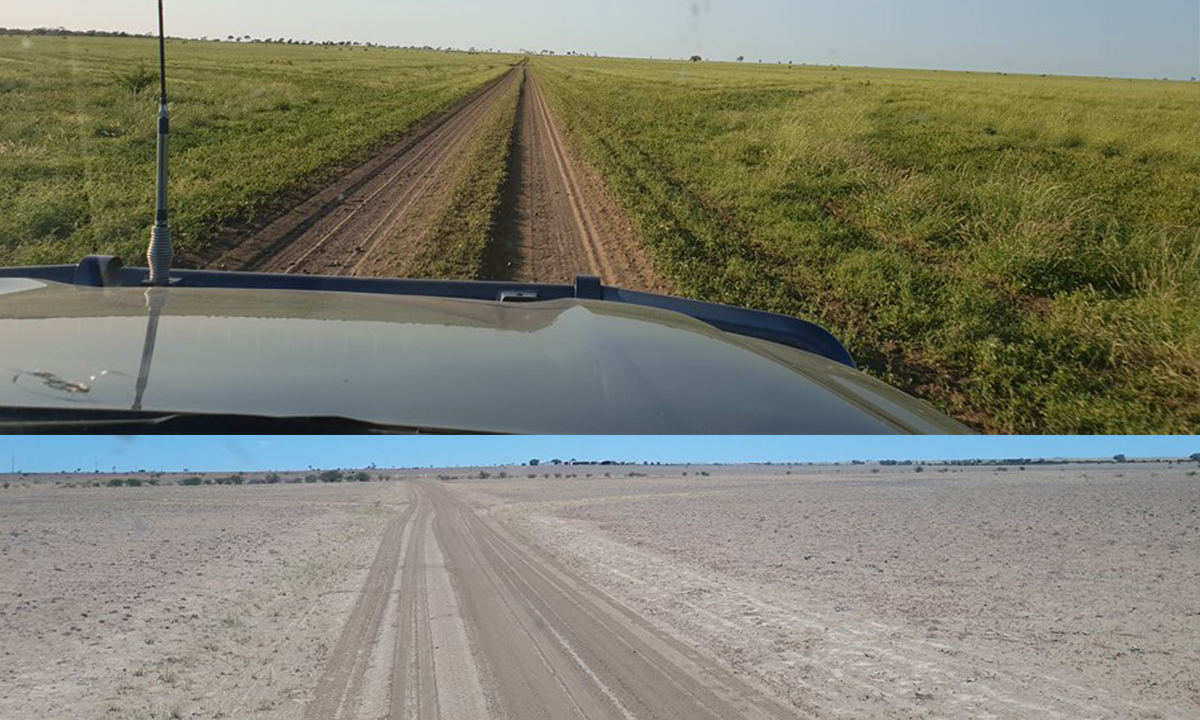 Countryside after grasshoppers had been through. (Photo: Netta Robertson)

Malcolm Brown has almost 80 thousand acres (32,000 hectares) of cattle country near Longreach. His family has been in the district for generations and this is the first time grasshoppers have forced him to sell-off.

“It’s a moonscape where the grasshoppers have been, it really is devoid of grass,” he said.

Even though Malcolm Brown has lost half his country and will sell off half the herd underweight, which could see him lose more than a quarter of a million dollars, he didn’t seriously consider spraying.

“It’s such a big area when you think about spraying, you know thirty to forty thousand acres, it just doesn’t run into the budget, especially after 8 years of drought,” he said.

There is no assistance for primary producers to deal with grasshoppers.

The Australian Plague Locust Commission would carry out spraying if they were swarming locusts that presented an interstate threat.

Stock and Station Agent Richard Simpson explains the losses will be significant across the region.

“We’re selling cattle about one hundred kilos lighter which is a loss of about $300 per animal,” he said.

The Department of Agriculture and Fisheries has conducted a survey because very little is known about the infestations.

Beef and Sheep Extension Officer Leanne Hardwick she knows of only one other time the country was savaged by hoppers in 2019 and this event is worse.

Results show damage has been recorded from the Gulf of Carpentaria to Jundah, more than 1000km away.

She says there’s been severe damage to pastures and cashflow that will remain long after the insects are gone.

“People have had to re-evaluate how they manage and will need to for years to come,” she said.

Back on “Marathona” station, Malcolm Brown is playing the hand he’s been dealt.

“The devastation of a grasshopper is sort of something you don’t plan for that but it is certainly another one of the vagaries of the game we’re in and a lot of the things we can’t plan for,” Brown said.