So, what’s triggered the public brawl between AgForce and Canegrowers?

Explaining the threads of farmer politics is a bit like trying to disentangle steel wool, so bear with me here.

Possibly Queensland’s highest-profile farmer group, AgForce was born 20 years ago from the merger of the Queensland Graingrowers Association, the Cattlemen’s Union and United Graziers Association.

A state farming organisation, or SFO for short, AgForce represents the interests of beef producers, sheep and woolgrowers and grain growers in Queensland.

Canegrowers, as its name clearly indicates, represents the bulk of the 4500 sugar cane growers in Queensland and northern NSW (a region which produces about 5 per cent of the country’s total cane crop).

The state executive of Canegrowers has the unenviable job of keeping 13 regional Canegrowers’ branches, all with their own large power base and competing interests, contained within an orderly federated model.

For the past 95 years, even amid the upheaval of deregulation in 2006, the model has proved largely successful, except in the north Queensland region of the Burdekin.

The Burdekin is a prized but problem child for the Canegrowers organisation. Blessed with abundant water from the Burdekin Dam (Queensland’s biggest), fertile soils and the right climate, it’s one of the best cane-growing regions in the world, producing a third of Australia’s crop.

Growers there will typically produce more cane per hectare than other regions, while the farms tend to be much larger in scale, more akin to corporate operations than the small to medium sized ‘mum and dad’ enterprises.

It’s this measure of clout that has bred a fierce independence within the Burdekin cohort, who resist having their operations shackled to the policy direction of an organisation that has the interests of smaller-scale farmers to balance.

For this reason and plenty of others that seem to have been lost, forgotten or intentionally diminished over time, the Burdekin has been represented by no less than five different organisations: Canegrowers Burdekin, Australian Cane Farmers Association, whose off-shoot is the Australian Sugar Milling Council, and Pioneer, Kalamia and Invicta, three groups named after the local mills they supply who worked collectively under the name Burdekin District Cane Growers.

Moves to forge the new group, to be called AgForce Cane, have been under way for months.

AgForce president Georgie Somerset is adamant her organisation didn’t pursue its new acquisition, telling InQueensland that some of Invicta’s growers were already AgForce members due to their cattle interests and came knocking with a request for representation across commodities.

“It’s not about creating competition, but building strength for agriculture,” Somerset said.

“The people who have contacted us don’t have representation at a state and national level and I would hope that we can continue to work with Canegrowers as we have in the past.”

Somerset’s pre-emptive attempt at reconciliation, after she had previously encouraged more cane growers to follow Invicta’s lead, has been received by Canegrowers as insincere, seemingly reinforced by statements issued from her CEO Mike Guerin after Thursday’s vote got the nod from Invicta.

Guerin, who like Donald Trump has a fondness for Twitter and uses the platform for sharing the dubious literature of climate change deniers, posted on the AgForce website:

“AgForce was founded on bringing strongly independent producers together and providing them a single, powerful, uncompromising grassroots voice.

“This move is not aimed at dividing industry, but uniting it. It will not make AgForce weaker, but stronger.

“Concerns like these are driven by fear of the unknown, just as they were 25 years ago. But history has shown the benefits of uniting seemingly incongruent producers into a single force.”

A furious Canegrowers chairman Paul Schembri, who farms near Mackay, said the dynamic of cooperation that had existed between the two organisations was forever changed, telling InQueensland:

“AgForce can’t have it both ways – they can’t say they’re doing this for the greater good of the sugar industry and they want to work collaboratively with Canegrowers, but in the same breath are actively recruiting our members.”

The “changed dynamic” as Schembri calls it has also rattled the Queensland Farmers Federation, that includes groups such as Canegrowers, Cotton Australia, horticulture’s Growcom, Queensland Pork and the Queensland Dairy Organisation to name a few, as well as several other groups affiliated with regional irrigation schemes.

QFF and some of its members declined to comment during the preparation of this article. However, QFF president Allan Dingle, also a cane grower from Bundaberg, indicated in an earlier statement that QFF and its members were wary of AgForce’s expansionist frame of mind.

“QFF and our members will continue to work together to advocate and seek positive outcomes for sector-wide issues with a unity of purpose,” Dingle said.

“For a house divided against itself cannot stand, and at this time we must all be pulling in the same direction to ensure a bright future for Queensland agriculture.”

For all the disruption and discord created by the AgForce Cane development, it begs the question why the AgForce leadership sees benefit in representing 50 north Queensland cane growers from a region where the politics has been politely described by industry insiders as “forthright and robust”.

It also remains to be seen what benefit the Invicta group will receive from being part of AgForce and whether they will be any happier once in the AgForce fold. It’s also still unclear whether other cane growers will follow their example.

Invicta chairman Ricky Mio has been reported as saying that his growers want to be part of something bigger to more powerfully represent them and advance their interests.

Somerset has proposed a similar line of thought to InQueensland, suggesting the Invicta move is an endorsement of AgForce’s strength, which she asserts has enjoyed year-on-year membership growth for the last four years.

On this point, at least in regards to organisation’s numerical strength, Somerset may be mistaken.

According to Industrial Court data, which AgForce is required by law to report to annually as an industrial organisation, its membership declined from 4498 members to 4091 during the 2018-19 financial year.

As one highly placed industry source has expressed to InQueensland, the spectacle we’re witnessing may be the early fallout of a re-ordering of power in an environment where supporting structures from the ground-up, like paying members, are in decline. This will force organisations to look for alternative sources of revenue to survive.

AgForce’s assertive play may also be the first genuine attempt by an organisation to claim the position of agriculture’s single voice, something industry has wanted for a long time but has been unable to achieve.

That outcome may be desirable and even beneficial for Queensland farmers in the long term, but the journey will be brutal as allegiances shift and money changes hands.

And it will all come down to whoever can demonstrate their ability to be the heaviest hitter (not necessarily the smartest ‘guy’) in the room.

AgForce moved sharply in this direction in 2018 when it took its opposition to the Palaszczuk Government’s vegetation management laws onto the streets of Brisbane.

Responding to their members’ calls for more militancy and muscularity in taking the fight to George St, gone were the former strategies of quiet, considered diplomacy and deals cut with top bureaucrats and the slick operatives of special interest groups on environment or animal welfare.

Conservative voting members, perhaps feeling even more disenfranchised after the routing of the Newman Government and a now weakened LNP Opposition, wanted cages rattled and the horses frightened as the State Government looked to impose tightened restrictions on land clearing.

And AgForce delivered, mustering members in their hundreds to march through Brisbane demanding #Fair Laws for Farmers, the slogan central to their campaign.

The protests had nil effect on the Labor Government’s climate change agenda. But they did produce one outcome – the birth of the Green Shirts Movement, spawned because AgForce urged members to wear green to promote the view that farmers were the State’s legitimate land managers and true environmentalists.

Not long after the first protest in Brisbane, the Green Shirts, (who were now spelling their name in capital letters, signifying they had become a thing), were back in greater numbers in Rockhampton to welcome Premier Annastacia Palaszczuk with heckling and intimidation at the big Beef Australia event.

Initially supportive of the Green Shirts Movement (or GSM for short), with prominent members and senior leaders dressed in green across social media, word currently is that AgForce’s darling has now become its devil child.

In fact, the GSM has become an even bigger thorn in the side of the LNP Opposition, as it occupies a position on the already crowded far right of the political spectrum and galvanises more landowners across the state to “correct the record and defend the truth… in whatever method deemed appropriate” (words quoted from the GSM website).

It’s well documented that rural and regional Queensland has quite a knack of generating grassroots movements that serve to provide a lightning rod for people’s discontent that then blossom into fringe political parties splitting the conservative vote and the sorts of election results the political pundits like to blame on ‘quirky Queensland’. 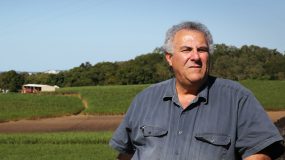 That’s a looming headache for Opposition Leader Deb Frecklington, whose electorate office in Nanango received a visit from the GSM in February, demanding she move quickly to talk tough and clearly on the LNP’s plans for rural Queenslanders.

Already struggling to press her credentials as a sound alternative thanks to some missteps and the government’s competent management of the coronavirus pandemic, the last thing Frecklington needs is another noisy right-wing group refuting climate change science plus a swag full of other grievances purporting to represent the LNP’s rural heartland.

And there’s further exposure if agriculture’s political organisations continue to be a house divided, providing the GSM to move up the middle (or in this case on the right wing) to claim the ground from beneath them all, particularly with former State of Origin rugby league star turned Mackay councillor Martin Bella leading the GSM charge.

The early rounds of this intriguing bout have been completed. Only time will tell who is able to fight within themselves, who is punching above their weight, who can go the distance and, ultimately, who can deliver the knockout blow.