Director and co-creator Roslyn Oades says the project was sparked by the insomnia that gripped her in recent years, and as this world increasingly intrigued her, she wanted to create an immersive work.

“I’m an insomniac and for a long time wondered, “Who else is awake at night, those strange hours?” It’s such a magical time and it’s like the world changes shape, you know, after midnight?, specifically between midnight and 6 am,” Oades said.

“And when I couldn’t sleep for a while, I would sometimes go for night walks and just see a few little lights in the occasional window, and feel curiosity and companionship with the person, even though I didn’t know them…and just try and imagine what they were doing.

“I’ve also been really fascinated by people who work over night, and what that must be like. While we sleep there is this whole invisible army of night-shift workers that do all sorts of things to keep our communities running, and safe while we sleep.

“I think of them as the guardians of the night. So I was also curious about those voices.”

Her way into this curious and somehow secret world was through audio – taping recordings of fellow nighttime revellers who gave glimpses into what they were doing in the dark hours.

“So we set up a dedicated Nightline Message Bank, and put an invitation out via social media, and actually going on late night radio talk-back, and putting up posters around the cities, inviting people of the night to leave a voice message on this dedicated phone line, which is still open and going.

“And then messages started to come in. So yeah, my day over the last, can’t think now, nearly three years, every morning starts with checking The Nightline Message Bank and seeing what’s come in.” 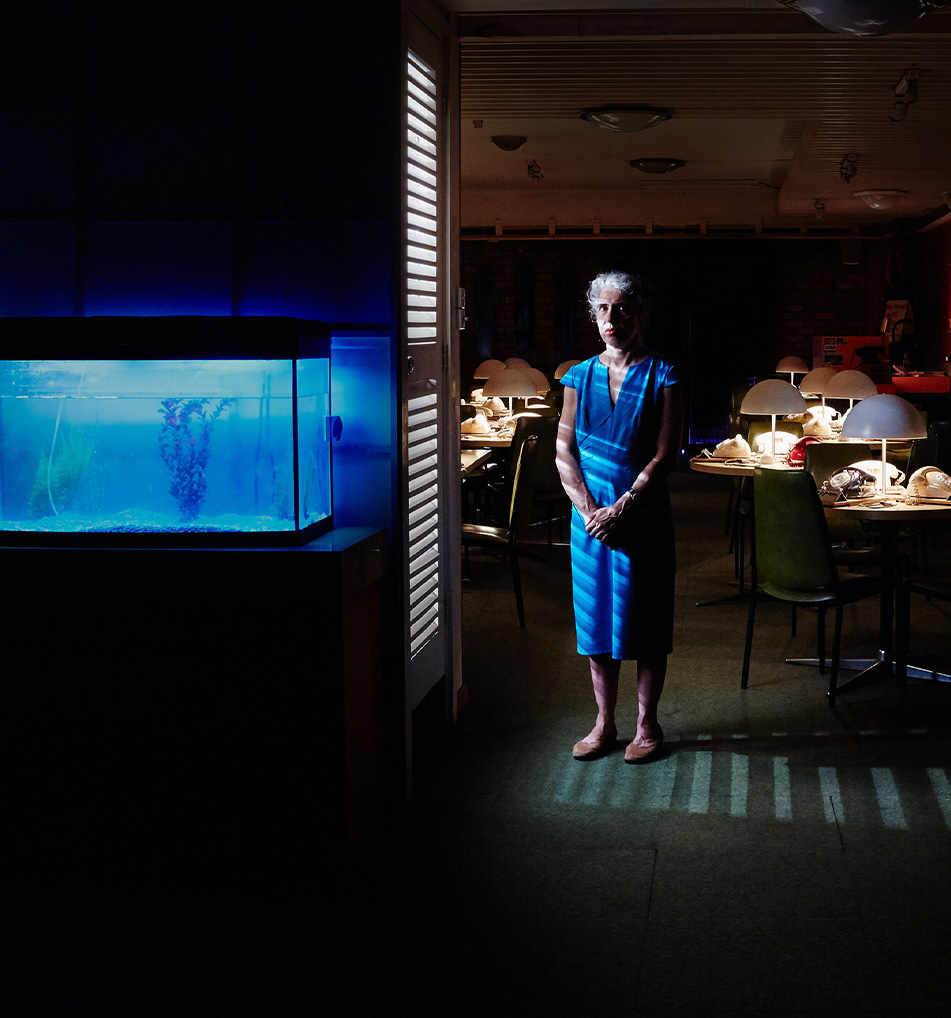 And so The Nightline was born with co-creator and sound artist Bob Scott— they helped construct a David Lynch-esque club from the beloved Burleigh RSL Hall, making a darkened space with dimly lit tables, each with an old rotary dial telephone and a simple switchboard like an old fashioned phone operator would have used.

The resulting work is a fascinating collection of confessions and private thoughts, compiled from more than 600 anonymous callers.

“All the phones are whispering, and you pick up your phone and you start listening in. And you can use your switchboard to surf the phone lines and choose your own adventure,” Oades said.

“But because it’s old technology, it gives us permission, there’s a few ghosts in the machine, and crossed lines. And there’s moments where everyone connects and they’re hearing the same things, and other points where people are off on their own audio adventure.”

Oades said she was incredibly moved by the insights from the real-life stories that people shared, and found humour in some of the prank calls as well.

“I have been absolutely gobsmacked by the messages that have come through,” she said.

“I almost think of them as little messages in a bottle, that people have sent out for other night creatures to listen to.

“People are so honest at that time of night. I think partly because it’s anonymous and under the cover of darkness, it just opens up this real honesty in the people messages. I mean, everything from life to death and in between.

“For example, a beautiful call from a young man holding his new born baby, trying to sing it to sleep and talking on the phone to us.

“And also another woman who called the night her mother died, to just leave a message and say thank you to the nurses and how amazing they were.

“It’s just an absolute honour and quite addictive for me to listen to what’s come in every day. Also some charming prank calls. People pretending to be the tax department, or drunk young people calling from a hotel that they’re staying in together.

“Probably one of the strangest ones lately was, there was a call from someone who was operating a harvester in Western Australia in the wheat fields and they were calling and then pausing to press a button. It was something to do with the frost they were doing harvesting overnight.

“Bob’s audio is beautiful. We talk about recomposing from reality, so Bob also has drawn from found field recordings, but then composing them as well. And I feel like for us, we gather these big pallets of audio materials and then we make these really crafted experiences.”

The Nightline is just one of the featured events at BLEACH* at the Gold Coast from August 11 to 21.

Artistic Director Rosie Dennis says The Nightline is just one of a fabulous buffet of events to choose from for the 11th BLEACH* festival.

“I would strongly encourage people to come down to the Botanic Gardens. I was in a rehearsal with Opera Queensland last week and it’s going to be amazing,” Dennis said.

“So you will travel the world literally, with this Home Grown Opera. It’s a concert that’s all new music, unbelievable.

“I can’t even emphasise that enough, that it’s completely new composition. And for anyone who knows what it’s like to compose a new work, this is just extraordinary.

“This young composer, John Rotar, what he’s created is mind blowing and jaw dropping. And these are all songs that have been gifted by Gold Coast locals. And that’s free, that’s why I’m pushing that, because you can just come, bring the whole family, bring a blanket and it really is beautiful.

“And Kate Miller-Heidke as well, she’s wrapping up her Child in Reverse tour, …she’s a very terrific artist, incredible voice, incredible songwriter, and it’s her last show, her only Queensland show and her last show of her tour.

“We’ve also got a hub at North Burleigh this year and we’ve currently got five projects being made in situ at North Burleigh. We have these terrifically gorgeous looking black shipping containers where the doors open completely wide and all the artists have made it into their own studios.”