Over 1800sqm the store is a food mecca, custom-designed to take fruit and veg lovers on a flavour journey that shines the light on local food. It instantly become a hit, employing local faces, engaging with local growers and suppliers and drawing shoppers from all-over South-East Queensland.

This makes three locations for the business in Queensland now, with the others being at the Isle of Capri and Clayfield. It’s the Clayfield store that opened first and carries a fantastic history.

Queensland is the first state for the NSW-based business to expand into, and there’s a reason: Two years ago, when Harris Farm Markets opened at the site of the then Clayfield Markets on Sandgate Road, it was a homecoming. Clayfield Markets had been an outstanding fruit and vegetable offering for the past 25 years, run by much-loved locals, Carlo and Susan Lorenti.  Harris Farm Markets used to own that site!

“We were incredibly excited to open at the Clayfield site because Harris Farm used to own it 30 years ago before selling it to Carlo and Susan. It’s a full-circle story and we were thrilled that Carlo and Susan have stayed on as our managers, along with many staff,” said Harris Farm Markets co-CEO Tristan Harris. 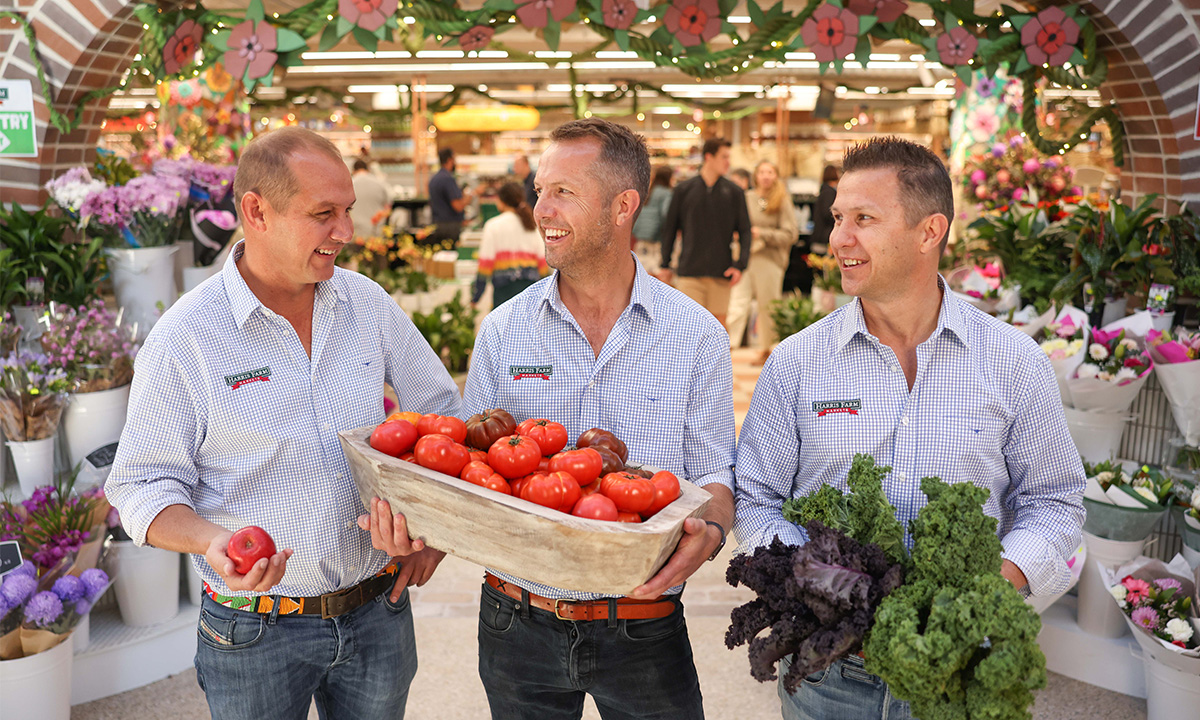 The store made history by offering Queensland’s multi-award winning Maleny Dairy milk on tap, alongside Barambah Organics milk from the QLD/NSW border region, and Oat Milk from Inside Out.

When the West End store opened, the Harris team proudly revealed four lines of locally-made Pour Your Own honey, three direct pour milk offerings, more than 500 cheeses in a dedicated Cheese Alley, over 150 plant-based and vegan products and over 500 lines of fruit & veg.

Now, the three Queensland stores offer produce from more than 300 Queensland growers, creators and producers, including Maleny Dairies, My Berries from Caboolture, Brisbane’s Roza’s Gourmet sauces, organic chicken from Hobbs Family Farms Organic in Pittsworth, the artisan Olympus Cheese based in Brisbane, Watson Family Eggs from Junabee in the QLD Southern Downs, and BioSoto Honey, the family-owned Australian company on the Gold Coast proudly delivering Manuka honey, to name a few. In addition, they employ over 200 staff, a welcome injection to the local economy. 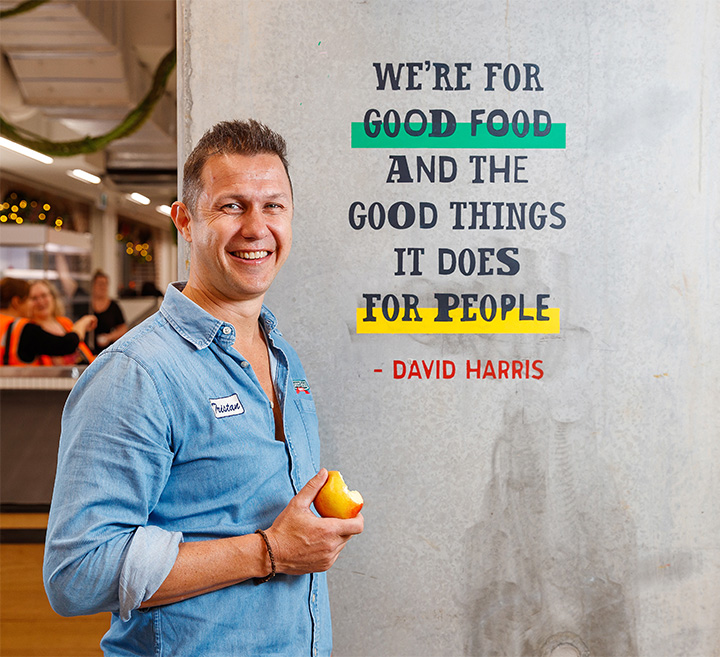 “Queensland is famed for the richness and range of produce grown across the state, and to be able to work with so many wonderful producers is one of our dreams,” said Tristan.

Sustainability is a driver for the business. In addition to an incredible range of the best local produce, Harris Farms Markets also celebrates IMPERFECT PICKS.

“This is the seasonal produce that might not look perfect on the outside but is as perfect as ever on the inside,” he said.

“IMPERFECT PICKS helps reduce the astonishing statistic that *25 per cent of farmers’ crops currently never leave the farm gate simply because they may not look ‘normal’, and do not meet the visual specifications of some consumers and supermarkets. This means every time someone buys an IMPERFECT PICK, they are helping us take more of our farmers’ crops, helping to reduce food wastage and most importantly, saving 50 per cent at the checkout,” he said.

“In the past six years nationally, Harris Farm has saved more than 33 million kilograms of fruit and vegetables from going to landfill as a result of the Imperfect Picks range. This equates to approximately 100,000kg of perfectly good fruit and vegies per week.”

At Harris Farm West End alone, some 99,900kg of Imperfect Picks have been sold in the past 12 months, equating to 192,810kg of CO2 equivalent saved.

Filling bellies and saving the planet – no wonder after 50 years this business still tastes so good for the Harris family.

Harris Farm Markets – ISLE OF CAPRI
Capri on Via Roma, Surfers Paradise
Hours: 6am to 10pm every day