Despite the Australian share market rising more than 50 per cent since March 2020, support for equities shows no signs of slowing, buoyed by the imminent rollout of a COVID-19 vaccine.

The economic recovery, both in Australia and overseas, has been rapid compared to past downturns. But as we’ve seen in the United States and United Kingdom, a resurgent virus can quickly put an already fragile recovery at risk.

Despite those risks, stockbroker Morgans is positive about the outlook for 2021, suggesting Australia’s relatively successful suppression of the virus could see the recovery accelerating.

Morgans analyst, Andrew Tang, says some sectors are still vulnerable to the impact of further restrictions, particularly travel and hospitality. 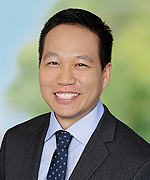 “Travel stocks have staged a recovery on the back of positive vaccine news, although a return to pre-covid levels of activity, and share prices, is some way off”

“With most Australian borders now open, the domestic travel recovery is underway”

“But it’s going to take some time for international travel to resume, with travel to the US and European Union unlikely before the end of 2021,” he said.

Tang said the performance of the banking sector shows investors are becoming less concerned about the economic downturn and the potential for bad debt damage.

“Last year, we said too much bad news was being factored into the share price of the banks,” he said.

“Now, the risk of further large credit impairments is diminishing, and the outlook for resumption of dividend payments, an important part of many retirees’ incomes, is promising. Although there has already been a strong recovery in the banks’ share prices, we think the sector will continue to find support,” he said.

Another recovery already in progress is the agriculture sector, which is rebounding strongly after years of drought conditions across the Eastern seaboard.

Higher than average rainfall is expected over summer, with winter crop production forecast to be the second highest on record.

Tang says fertiliser company Incitec Pivot should benefit from a 211 per cent increase in the area planted to summer crops, with a bumper winter crop likely to help GrainCorp generate strong earnings growth for the next two years.

Morgans also sees value in the telecommunications sector, with stability returning thanks to the near-completion of the NBN, with new investment opportunities emerging due to the deployment of the 5G network.

And the big miners BHP and RIO Tinto will benefit from a surging iron ore price, which rose 80 per cent last year and is heading towards the peak of 2011.

Morgans says its forecasts assume the global economy will return to stronger growth next year, although widespread distribution of an effective vaccine could accelerate that recovery.

Your local Morgans adviser can help you make the most of the opportunities available in the current market.