A council move to rid the city of the Pisasale legacy by wiping his name from a local bridge and road was thwarted last week after the jailed former mayor’s erstwhile deputy, Paul Tully, successfully moved to leave the names as they are.

Pisasale, in prison for various offences ranging from corruption to sexual assault following a Crime and Corruption Commission investigation, was known as “Mr Ipswich” when he led the city and his name is etched into its history. 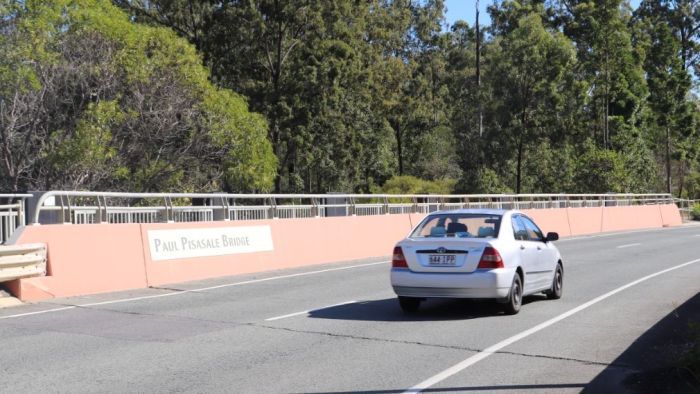 However, the city’s current Mayor Teresa Harding moved last December to at least ensure the Pisasale name vanished from two key pieces of local infrastructure, a bridge at Springfield and a road at Yamanto.

While Harding had the support of most councillors at the time, Tully won the day last week and managed to get enough support at a council meeting to reverse the move.

Not to be outdone, Harding and three of her council colleagues have called a special meeting for July 12 to repeal the decision to to keep the Pisasale name on council assets.

“Our residents right across the entire city reacted immediately to the decision of this Council last week, they were outraged and extremely disappointed by the decision,” Harding and her colleagues said in a joint statement.

“All Councillors will now need to decide if they intend to continue honouring a man convicted of serious crimes, including sex offences, or if they will listen to the community and reverse their decision.”

At least one councillor who voted to keep Pisasale’s name, Russell Milligan, has since had second thoughts.

In a statement, Milligan said he deeply regretted his decision.

“Having had time to reconsider and hear the concerns of my community, I admit that I had made the wrong decision. I intend to work with my fellow councillors to amend my mistake,” he said.

“Without reservation, I unconditionally apologise to anyone who is a victim of crime, especially sexual assault, and in particular, anyone who was a victim of the crimes committed by the former Mayor of Ipswich, Mr Paul Pisasale.”