LNP leader David Crisafulli and the Katter’s Australian Party want a royal commission after the departure of three statutory officers, two of whom said the government had interfered in their roles.

Integrity Commissioner Nikola Stepanov and Crime and Corruption chairperson Alan MacSporran both resigned this week, while former state archivist Mike Summerell revealed he was forced out by the government in March.

Crisafulli says it’s the state’s biggest integrity crisis since the fall of the Bjelke-Petersen government 30 years ago.

The LNP leader has written to Palaszczuk asking her to call for a royal commission.

“Anything short of a Royal Commission doesn’t cut it,” Crisafulli told reporters on Friday.

“Only a royal commission will get to the bottom of the corruption that is running through the government.”

KAP leader Robbie Katter said there was an “immediate onus” on the premier to launch a thorough investigation into all the state’s integrity agencies.

“These days there’s so many offices and activities designed to ‘preserve the integrity’ of the State Government, but they seem to miss the mark when it really matters,” he said.

“There is still so much dodgy business that goes on at every level.

“In my memory, there has never been a time where the public has had less faith and confidence in the Queensland Government.”

The call for a probe comes after former state archivist Mike Summerell revealed he was forced out after being “greatly hindered” by “potentially inappropriate interference”.

He unexpectedly left his role in March, hours after the LNP asked him to probe whether Premier Annastacia Palaszczuk used any of her private emails, which he was holding, for official government business.

Summerell says his role became “compromised” by potential government interference, including a lack of support and legal advice.

“My time as State Archivist post 2017 was greatly hindered by what I considered potentially inappropriate interference in my statutory role,” he told News Corp on Friday.

At the time of his departure, Arts Minister Leanne Enoch said the archivist’s five-year contract had run out, and he had decided not to renew it and move to New Zealand.

However, Summerell said that is not what happened.

“I did not actually resign, I was simply told my contract would not be extended,” he said.

“My own opinion is that my stance on matters of integrity and the independence of the office of the State Archivist were primary factors in that decision.”

Summerell supports an inquiry into the government’s integrity, which is also backed the Queensland Council of Civil Liberties, and the outgoing Integrity Commissioner. 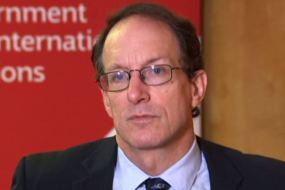 The commissioner also alleged that last year the PSC seized a laptop from her office and wiped its contents without her “knowledge or consent”.

QCCL president Terry O’Gorman said the CCC was not in a position to investigate the “extraordinary allegation” about the laptop when it was effectively leaderless following Mr MacSporran’s resignation.

He said the watchdog would take too long, and the public had lost confidence in it following a spate of botched probes last year.

Premier Palaszczuk has downplayed the Integrity Commissioner’s resignation, saying that “people change jobs all the time”.