Why did Scott Morrison move to put more women in senior positions, and in Cabinet?

Wasn’t it a recognition that there needed to be a dose of empathy, and an understanding of how half the population think? A belated recognition that women carry strong leadership skills that have been ignored for too long?

Karen Andrews, the MP for McPherson on the Gold Coast, was singled out and elevated to the lofty role of Minister for Home Affairs where she would have a senior seat around that Cabinet table.

How bitterly disappointing, then, that she’s used her newfound seniority to over-reach, dog-whistle, and illustrate a startling lack of empathy.

Her comments around Tharnicaa Murugappan, the four-year-old who is today lying in a Perth Children’s Hospital, illustrates the point with singular clarity. 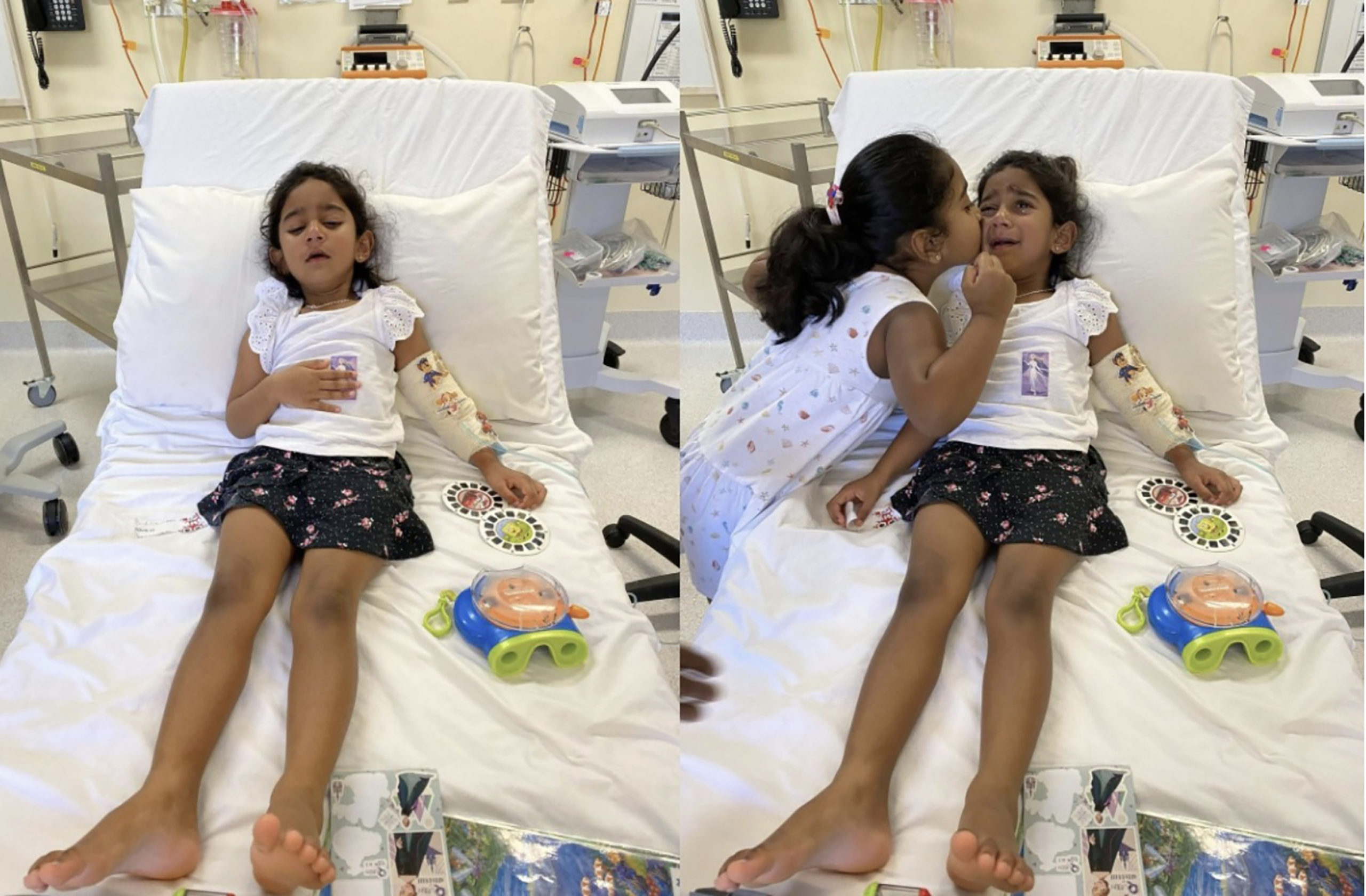 A supplied composite image of Tharnicaa, the youngest daughter of the ‘Biloela family’, currently being treated in a Perth hospital.. (AAP Image/Supplied by Change.org Australia)

Friends say Tharnicaa is suffering from pneumonia and sepsis, and is so sick that she may be in hospital for weeks, or even months. Doctors have also expressed alarm, focusing on the indefinite detention in which Tharnicaa has been held for most of her life.

But Karen Andrews, the newly-minted home affairs minister, knows better – hinting yesterday that Tharnicaa might not be as sick as we are led to believe.

She didn’t say it; she just chose her language so it was suggested. In politics, it’s called a dog-whistle and it needs to be called out at every opportunity.

“I can’t answer anything that would give details of this child’s medical condition,’’ she told Nine, “other than to say a lot of the reporting has been inaccurate…’’

So, she can “suggest’’ Tharnicaa is not as ill as it’s been made out, but not provide a single shred of evidence.

Does that mean the doctors are wrong in their diagnosis? That Tharnicaa is the consummate actress, at the age of four, and has been able to bluff her way into hospital for a lengthy stay?

Or that hospital beds are so freely available in Perth that she can lay claim to one, without being ill enough to need it?

Karen Andrews can take a hard-line stance on refugees. It’s her right, and her government’s position.

She can also lobby to deport a family that hundreds of thousands of Australians want to see allowed back to their chosen home in Biloela.

And yes, she is also allowed to support a stance that allow exceptions to the law be made when the application is on behalf of foreign au pairs for friends of her political predecessor, Peter Dutton.

But she should be judged on that too. And how she does it.

This is a family which is Australian to its bootstraps, who want to help build a rural community, and who – despite the dogged nastiness being sent their way – continue to thank everyone in the country they want to call home.

If only more Australians had that attitude.

Perhaps it’s the job of the Home Affairs Minister to leave their heart at home, when they sit in a big plush office each day. In that case, the job description should change. And so should the office.

Perhaps Karen Andrews is simply dancing to the tune of those senior decision-makers in her party. Then she should talk to other MPs, who are now reflecting the view of their constituents and lobbying hard for the Murugappan family to stay.

Perhaps Karen Andrews thinks her dog-whistle will win her party more votes. And perhaps it even will.

But that doesn’t mean she epitomises leadership, or has shown a single attribute that voters were hoping to see when Scott Morrison promised decision-making informed by what a diversity of views and a diversity of backgrounds can bring to the table.