About 50 protesters have gathered at the university’s new institute of bio-engineering and nanotechnology, where the Prime Minister was touring at 9:30am.

Police formed a barrier outside the entrance to the building where protesters were chanting “lock up Scomo” while carrying signs and tomatoes.

It is understood the Prime Minister was escorted out, despite the building going into lockdown. 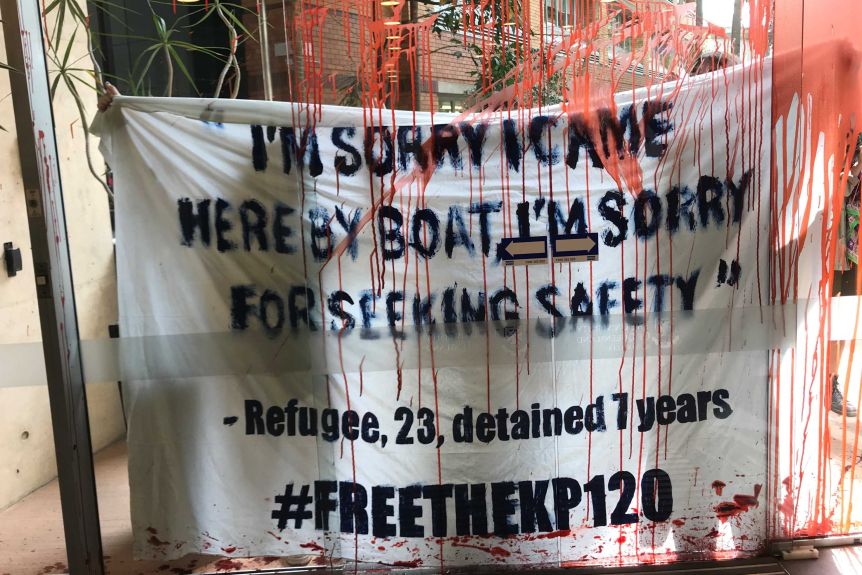 Red paint was thrown against the glass doors and windows of the building at both entrances.

One of the university’s security guards also had red paint thrown at him.

Some of the protesters were seen wearing masks and holding signs that read “free the refugees” and “indefinite detention is torture”.

The protesters are part of the same group that have been taking action outside the Kangaroo Point Central Hotel and Apartments this year.

They are protesting the indefinite detention of 120 men inside the accommodation facility who were moved there from offshore detention as part of the medevac bill.

Over the last month, protest action outside the hotel in Kangaroo Point has become less frequent.