Despite its concerns a ban on developer donations introduced by the Labor Government would leave it short of campaign funds, the LNP has collected more than half of the money donated to political parties in 2020.

However, the impact of new rules on electoral expenditure will not start to be seen until next month. While the LNP could collect millions more, and distribute across electorates without breaching a new $58,000 per candidate cap, it is concerned a separate, $1 million spending cap for third parties could see Labor bring out the big guns in the union movement.

In the six months to the end of June, the LNP received $1,690,995, whereas Labor received $905,340. Of the minor parties, The Greens received $223,701 – almost half of that from a single donation – and Katter’s Australian Party $50,000. Overall, just under $3 million was donated to Queensland political parties, in a year that started with two state by-elections and will end with the October 31 state election. All this amid an economic crisis.

The largest donation to Labor in that period was $50,000 from the CEPU in March. The LNP collected a $50,000 donation from an individual donor, John Hull, in March, and another of that amount from a separate donor, Geoffrey Thomas, in June.

Since the start of July, Labor’s biggest receipts have been several donations of $11,000, while the LNP had several of $20,000, and another $27,500 from Gold Coast ophthalmologist Roger Welch.

With the 100-day countdown to the election starting this week, the focus will soon shift to how the major parties spend their money, and invariably whether Labor is using government funds to improve its standing. 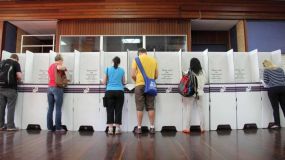 While the polls are close, Premier Annastacia Palaszczuk and her team have had more of the spotlight during the pandemic. Opposition leader Deb Frecklington has also faced distractions from LNP head office.

Despite having the financial backing of supporters, the LNP has been divided, with tensions between the organisational and parliamentary wings and unresolved questions about loyalty and leadership on all sides.

“What I would say to anyone or any detractor, is the enemy is the Palaszczuk Government and what they’ve done to this great state,” Frecklington said last month.

“What I know is my (parliamentary) team and I are rock solid.”

After defeating the LNP Government led by Campbell Newman, Labor set its sights on electoral reform, first introducing a ban on developer donations. Former LNP president Gary Spence sought to overturn the ban in the High Court but was last year unsuccessful.

Since then, the Electoral Commission of Queensland has recovered a total of $13,500 from two political parties found to have taken money from prohibited donors, a further $1100 from a party found to have accepted foreign property, and $18,300 voluntarily disclosed by a party as having come from a prohibited donor.

Depending on the outcome of the election, further electoral reforms, as Labor has proposed in the form of donation caps and increased public funding, will be introduced next term.