Cameron Smith was literally golf’s invisible man when he struck the incredible three wood that announced a humble, Aussie knockabout to the world.

We’re not talking about a shot from the stellar 64 that kept us all up way too late and turned Monday into a sleep-deprived haze of instant memories from St Andrews.

It wasn’t winning The Open so spectacularly. It was the common name with uncommon talent who lit it up on the last hole at the 2015 US Open at Chambers Bay.

Remember? Smith striped a three wood 265m to within an A4 piece of paper of the cup with his second shot on the tough par five closing hole. Fellow competitors had sliced shots out of bounds, missed the green or three-putted.

Calm as you like, the little-known Smith sunk his putt for eagle and fourth in his first major. It was the best finish never seen at a US Open because the American broadcaster didn’t screen the putt.

It’s worth retelling. Only a handful of shots in his final round even made TV for Aussie viewers while Jordan Spieth, Dustin Johnson, Jason Day, Louis Oosthuizen and Adam Scott hogged the cameras.

The PGA Tour’s online leaderboard didn’t even have a headshot of him so he was a shadowy grey, anonymous cut-out for four days. Smith wasn’t considered buzzy enough because he didn’t have status on the world’s premier tour at that point.

How things have changed. On TV and in in the flesh, golf lovers around the world this week found the same humble knockabout magnetic, mullet and all.

The kid from Brisbane is now the hottest golfer on the planet. People know he’s in the house. 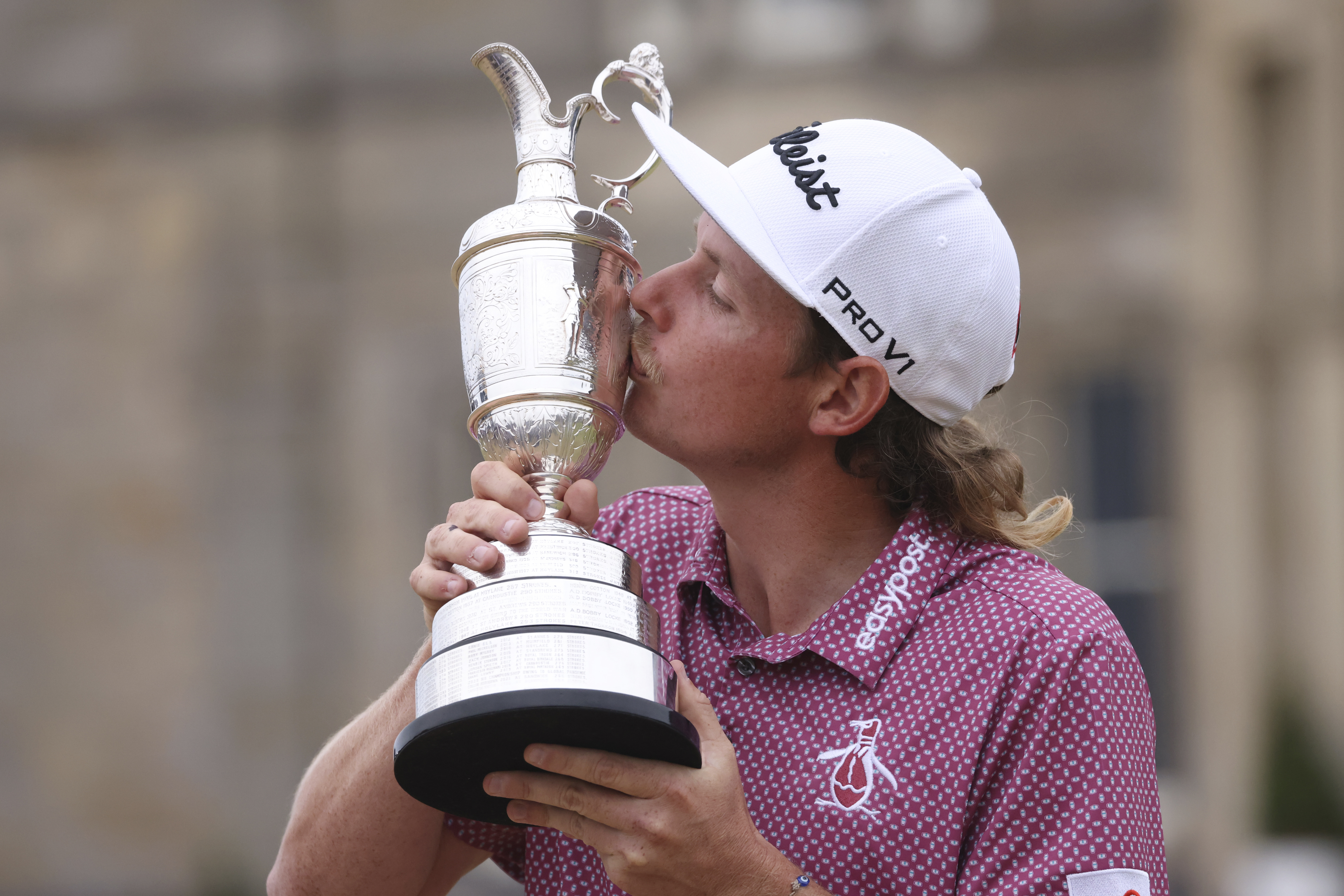 Queenslander Cameron Smith, of Australia, kisses the claret jug trophy as he poses for photographers on the 18th green after winning the British Open golf Championship on the Old Course at St. Andrews, Scotland, (AP Photo/Peter Morrison)

When he was at the airport to leave British soil, a murmur spread, people turned, stood up and started applauding.

The day after a headache from swigging beer from the Claret Jug might normally demand some quiet time. Smith happily obliged every question from new fans, every selfie and every autograph request.

Smith has a wonderfully understated, authentic manner. That hasn’t changed from the three wood in 2015 to his final birdie putt at St Andrews.

The same PGA Tour that couldn’t find a photo of him is now desperate not to lose his profile to the rival LIV golf league.

Most relevant for Queensland fans is November 24. That’s the day Smith will be on the first tee in the opening round of the Australia PGA at Royal Queensland.

Don’t even consider it in doubt. The PGA of Australia has to broker that deal and the sooner it’s finalised the better to start selling tickets, marquees and more sponsorships.

Golf’s pin-up boy will be home for the first time in three years on a course where he’s been a member since 2009. He can’t wait to catch up with family, mates, his rev head ways, a XXXX Gold and chilled suburban Brisbane life.

He first honed his renowned short game shooting at sand buckets stationed at different distances on the range at Wantima Country Club before three years of pennants golf for RQ where he utilised the excellent practice facilities.

Royal Queensland is not having a photo problem. RQ President Mark Stanton already knows where the framed shot of Smith will go to expand the club’s Hall of Fame. It will be by the staircase close to the photo of Adam Scott, the 2013 Masters champion. Greg Norman and Ian Baker-Finch are other club members to have lifted the British Open’s fabled claret jug.

Scott and Smith. It’s an interesting comparison. There’s not an emerging golfer who wouldn’t want to be Adam Scott but far more relate to Cameron Smith and his rise.

Smith played humble Queensland PGAs in Toowoomba, kicked around in local amateur events and made it from the Asian Tour. Those who played with him not so many years ago all see a golf journey they can relate to.

He looked more like a three iron with ears back then to borrow from the classic description of the late English fast bowler Bob Willis early in his career.

He was a standout even then. He shot an eight-under-par 60 when just 19 at the Queensland PGA at City Golf Club.

Having a down-to-earth dad like Des Smith has always helped. He was a well-known club baseballer in Brisbane before becoming a scratch golfer. He was never one of those nightmare sporting parents.

“Cam’s calmness is in-built and he’s grounded because he comes from a little golf club (Wantima) where no-one lets you get too big-headed,” Smith Snr said.

The old Claret Jug has had some adventures and will have more with Smith.

American Stewart Cink is big on barbecue, ribs and so on. He filled the Claret Jug with a sticky sauce back home after his 2009 Open triumph. No problem there until he forgot to fully empty the sauce and found a little ooze coming from the presentation case when he was going through an airport check-in. Oops.

Northern Ireland’s Darren Clarke was pulled over for speeding on the drive between Belfast and the Irish Open in his next event after his 2011 Open victory.

Local police ad libbed quickly when they realised who was in the Ferrari. They asked if he had the Claret Jug. It cost Clarke a happy snap with the constabulary but they let him drive off.

Smith’s driving was exemplary on that last day at St Andrews. It was certainly better than him on the road as a young fella. It took him three goes to get his driver’s license.

Just what Smith has in store at Wantima and RQ when he brings home the Claret Jug is guesswork. Chances are the trophy will have a frosty glint. It’s this hero’s style that everyone will get a chance to share in this success.

November 24. Mark it in your diaries.

Jim Tucker has specialised in sport, the wider impacts and features for most of his 40 years writing in the media. Before he became a golf writer, he was a spectator on course for Greg Norman’s 1986 and 1993 Open victories. He still has half of Norman’s final divot from the 1986 Open in a Turnberry golf towel in his garage.