Last time I went to the Ekka, I rode a bull and the left the showgrounds in a wheelchair.

Straight to the Royal Brisbane Hospital where I was wheeled into the emergency department with a rather public injury. By that stage, the extreme pain had subsided, but I was suffering from a dangerous dose of embarrassment because my bullriding experience was, as they say in the business “live on radio”.

The bovine’s name was Bullseye and I was in the middle of a breakfast radio show when a man in a cowboy hat wrangling the beast asked if I’d like a ride. “Yeehaw!” I said and stuck my foot in the stirrup.

He was black and white and bloody hell that bullock was big. From memory he weighed close to 1000 kilograms. I pushed off with strawberry sundae fuelled enthusiasm and suddenly felt like I’d been shot in the back of my knee. “Ouch!” I yelled, as I threw my leg up over Bullseye.

I asked the cowboy if he kicked me to get me into the saddle because I was genuinely, painfully confused. He looked at me like I’d been asked to milk Bullseye and for the next couple of awkward minutes I tried to talk on the radio and figure out what had happened. I was a bit scared sitting up in that saddle. But what played out next is how the story got twisted when it was reported in news bulletins.

My mystery knee injury and I were straddling Bullseye when, without warning. the EKKA ride behind us started up and the engine roar startled the bull. He shat himself and took off, trotting rather swiftly away from the rollercoaster. I rocked back in the saddle with my microphone still switched on. I came as close as I’ve ever come to swearing on the radio.

“Shi, shiii, shiiiiiii,” was approximately what I said as my behooved friend cantered to quieter spot. And that audio quote was what ended up in radio grabs on my own station. Fortunately the wrangler regained control of Bullseye quite quickly. Then, mercifully it was time for me to dismount.

“Um, I need help,” I declared feebly.
“I’ve done something to my knee,” was all I could utter because I really was quite shaken.

He lifted me down and as I tried to stand, my right knee bent the wrong way. More like a cassowary rather than a cowgirl.

Someone helped me hop onto a bench and then a lovely bloke from the Queensland Ambulance Service showed up with a wheelchair and rolled me out of the showgrounds. I didn’t even have time buy a showbag let alone eat a Dagwood Dog.

Exquisite pain at the exhibition. It was reported on ABC (and in one particularly enthusiastic online news site) that I’d been bucked off the bull because of the noise, coupled with my almost-expletive and a rather abrupt exit from the broadcast that day.

Turned out, I tore my ACL getting on Bullseye. Surgery, rehab and retelling the story to confused family members has given me a few years worth of injury sympathy. Mostly it just makes people laugh. I still get asked what happened when I got “bucked off” the bull.

I was so looking forward to heading back to the Ekka this year. Not to ride any bulls obviously, but it would have been an emotional event for me because it was to be the first time the show had been on since my Grandfather passed away last year aged 95.

My Grandad loved the Ekka. He went every year for almost a century. As a child, as a police officer, as a devoted fan, in fact he visited the showgrounds the morning he married my Grandmother.

Every August Doug Levingston dressed up in his best hat and jacket to see the city meet the country. Grandad passed away on what would’ve been the last day of the Ekka in 2020. When the fireworks lit up the sky last year, I like to imagine he could sense them from his hospital bed not far from the RNA exhibition grounds. 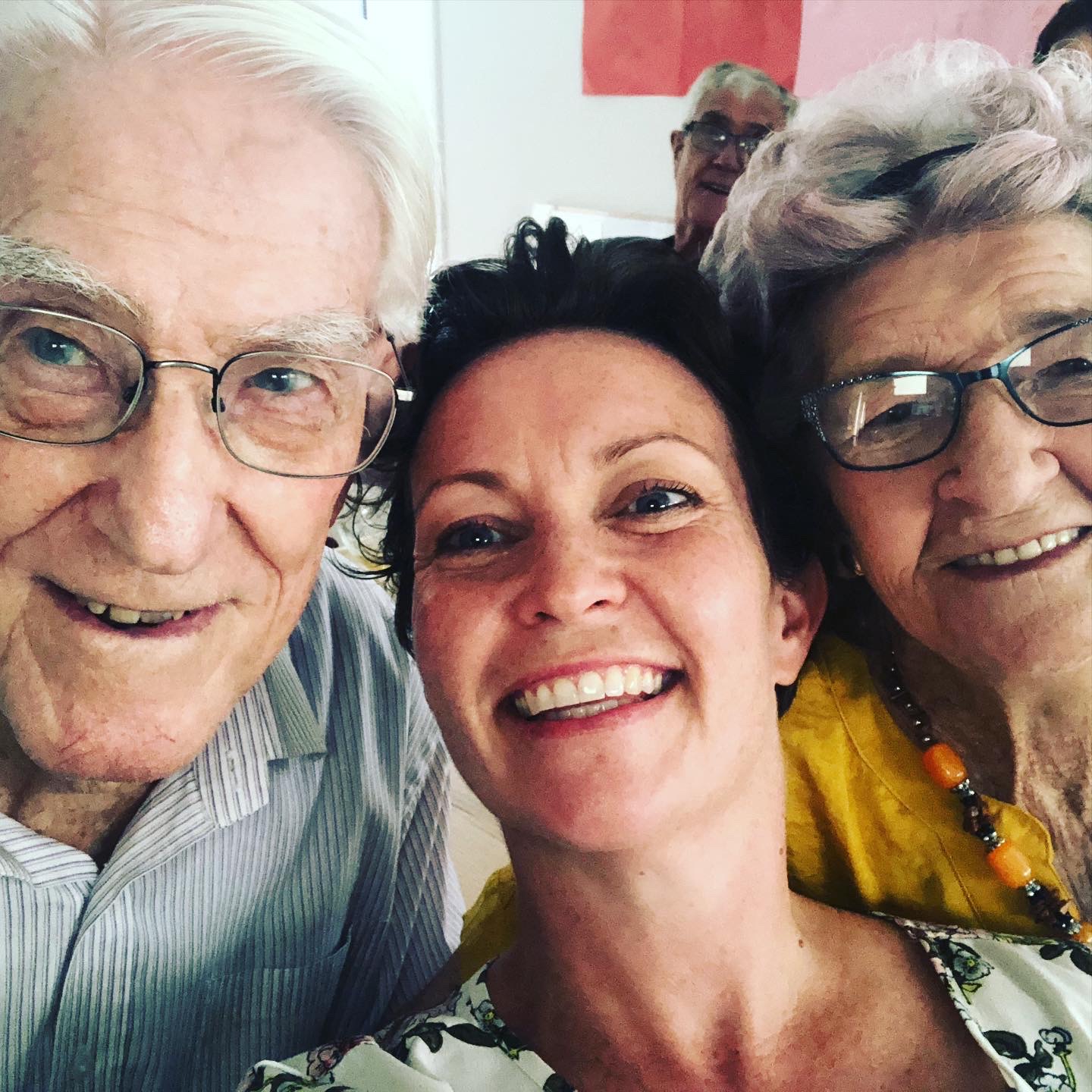 Bec Levingston with her grandparents Doug and Eve (Image: supplied)

Grandad would be disappointed but resolute about this year’s cancellation. His heart and mind would be with the Ekka team.

We swapped stories my whole life. He marvelled at my Bullseye yarn, another good one for his little notebook. He’s forever in my heart and and perhaps this year, if there are still fireworks, he’ll have the greatest view of all.