The first thing you notice about Sian Kingi, Tiahleigh Palmer and Daniel Morcombe are the smiles that leap out from their photographs; cheeky, adolescent smiles that hint at the promise of a full life ahead.

That future – their first kiss, a partnership with someone they love, careers and perhaps even their own family – was stolen from all of them by a trio of gutless savages.

Two of those now want us onside, to think of them differently.

Barrie Watts, who raped, abducted and murdered Sian Kingi when she was just 12 in 1987, wants us to think he’s served his time. That he deserves to be free. 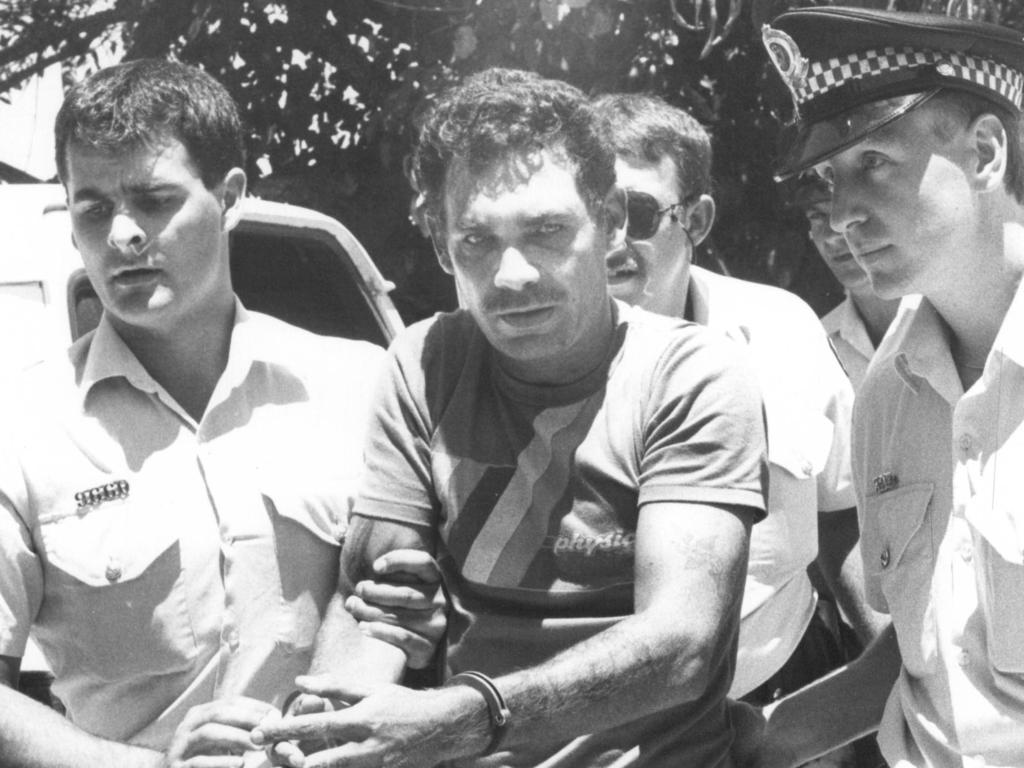 Barrie John Watts has applied for parole after serving more than 30 years for the rape and murder of Sian Kingi (file image).

And Rick Thorburn, who blubbered like a baby this week through a laughable non-confession, says he doesn’t remember how he murdered 12-year-old Tiahleigh Palmer in 2015. And he actually thinks he deserves to be believed.

It should make all of us angry. Rehabilitation plays an important role in our community, and in the criminal justice system, but it shouldn’t apply to everyone.

Let’s put Thorburn and Cowan to one side, because they are destined to sit in a jail cell for a long time yet, before any possible suggestion of release.

But if Sian Kingi was alive today, she’d be 46. Imagine what we’ve all lost, through her murder as a child.

Sian never got to grow into the strong and capable young woman she was destined to become.

She never got to graduate from high school, surrounded by the big band of friends, who adored her.

She never got to kiss a boy, to feel the first stirrings of love, or to blow out the candles on her 18th or 21st birthday cakes.

She never got to experience the excitement of a school dance, or an engagement party, or the thrill of walking up a Church aisle to say ‘I do’ to the person of her dreams.

Perhaps Sian might have run a top Australian company or a not-for-profit. Perhaps she would have run the New York Marathon. Or run for Parliament.

We’ll never know because Barrie Watts and his then-wife, mother-of-six Valmae Beck, tricked Sian into looking for a ‘white poodle with a pink bow’, before abducting and murdering her.

And he wants us to gift him his freedom? Why?

In 30 years of journalism, some people stand out. They stand out because of their experience and their wisdom. They only offer an opinion, when they know it’s important.

Bob Atkinson is one of those. The former Queensland police commissioner is wise beyond words. He’s quietly spoken, with a big mind, and a heart oozing with empathy.

He led our police service for years, and then devoted his time to helping sexually abused children and victims of domestic violence.

But as a young detective, Bob Atkinson investigated Sian’s murder. And what does he think? What advice does he offer? DO NOT FREE THIS MAN.

He’s not alone. Other officers, who know Barrie Watts, repeat that warning.

But at the end of the day, why is someone like Barrie Watts even eligible for parole?

He made a decision in 1987 that should mean he rots in jail. I hate writing those words, because almost everyone deserves a second chance. Almost everyone.

To even consider otherwise is a slap in the face to Sian’s family and friends and to all of us who were changed forever on November 27, 1987.