Flights are booked, I’m off to Townsville!

Nah, not for the State of Origin, but I am going to see a bloke who should have a bronze statue made of him one day, much like Johnathan Thurston.

His name is Ren Pedersen. He’s a crane operator. His daughter Amy died from DIPG. If you don’t know what that is, neither did Ren until his beautiful little girl was diagnosed with deadly brain cancer when she should’ve been pirouetting her way though primary school.

Amy loved ballet. She loved singing and had a spirit that kept her fighting til the very end. Just before Christmas of 2007, Amy was diagnosed with Diffuse Intrinsic Pontine Glioma. She battled for 16 months before passing away when she was nine years old. Her dad made her a promise as he cradled his little girl in her final moments.

DIPG is an aggressive cancer that develops in the brainstem of children. It’s incurable. It’s inoperable. Every year in Australia 20 children are diagnosed with DIPG. The search for effective treatments eludes the world’s best cancer researchers. That’s where Ren is determined to help.

It’s hard to fathom the strength of this man. This gently spoken father has found a reservoir of love to fundraise in the face of grief. He promised Amy that he would fight to find a cure for paediatric brain cancer. And he’s stayed true to his word. 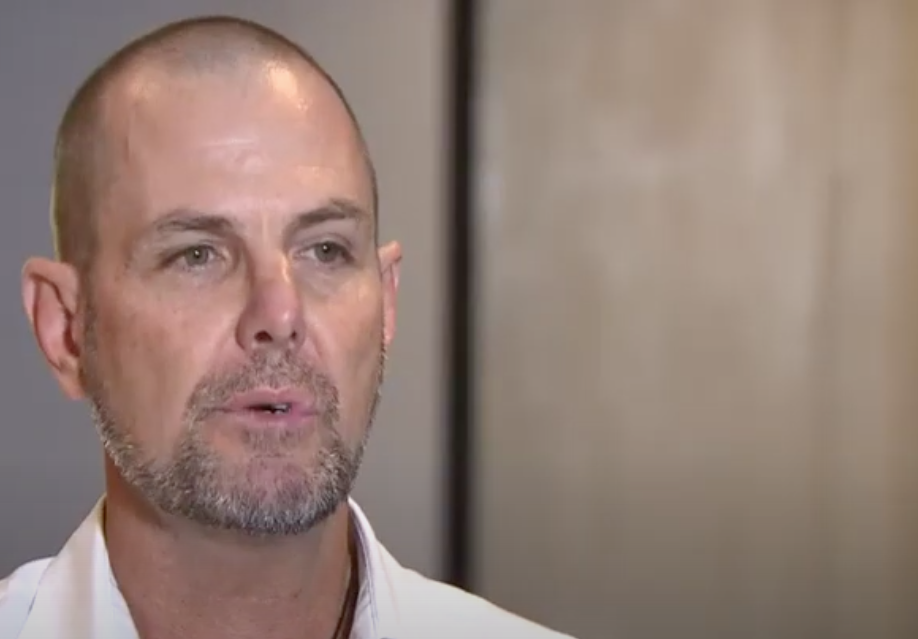 Ren has raised millions of dollars for research. He’s put cheques for tens of thousands of dollars into the hands of cancer clinicians and pulled together the world’s best minds to share discoveries that may one day mean a child will be saved from this unspeakably cruel cancer.

He recently watched on as a mother viewed live tumour cells from her daughter in the Children’s Cancer Institute in a moment of intense emotion and optimism.

Undeterred by a global pandemic, in March Ren spoke at a Children’s Brain Cancer Symposium alongside Professor Ian Fraser. Another extraordinary moment for this crane driver from the suburbs of North Queensland.

For the past few years, I’ve been given the honour of hosting a gala fundraiser for Ren’s charity, The Cure Starts Now. https://thecurestartsnow.org.au

It’s one of those nights that I constantly struggle to hold back tears and the room stands in awe of Ren’s quiet determination. He likes to remind people of his heroes. The little ones whose lives have ended too soon.

DIPG diagnoses usually occur between 4 and 11 years. So the pictures of the kids who’ve battled brain cancer are sweet little faces like Callum with tiger stripes painted on his cheeks and Monique in her tiny tiara. Ren and his family bring together a group of generous friends who donate and will one day find a cure. You have to have that hope.

I went to school in Townsville and my much-loved principal John Livingston died of brain cancer which is what connected Ren with some of my former teachers at Kirwan State High School. Hence the reason I now get to help in a small way.

So when I fly north for this year’s fundraiser, I’ll pass by the stadium with the statue of JT. No doubt this year, rugby league memorabilia will again feature as auction items on the night. Burly football players will show their softer side via donation. World class research will be bolstered. And a group of special children will benefit.

Ren was a decent rugby league player in his younger years. But it’s his fight to keep his promise to Amy that’ll be his legacy. Ren will quietly make his mark in the medical history books. He doesn’t need a statue. He needs your help to find a cure.
—