So much sad, bad, mad news around isn’t there?

My week has been filled with harrowing stories of domestic violence, families experiencing heart-wrenching separation between Australia and India, fights about God and the Prime Minister. And we wonder why people turn off the news.

So I lay on the grass yesterday afternoon with my sons and we ate lamingtons. Coconut and chocolate therapy. I always ask my boys what I should write about in this column. Both lads had just been to the dentist, hence the sweet treat and inspiration for my eldest son’s suggestion – teeth.

So let me share a story that makes me smile.

Once Tony Jones restarted my heart.

Tony “I’ll take that as a comment” Jones was touring the country in 2017. At the time he was still hosting QandA on ABC TV but this tour was all about a personal project.

Tony had written a book. The Twentieth Man was a thriller and his first foray into fiction. He was clearly chuffed that he’d finally poured years of foreign correspondent experience in Yugoslavia into a political page turner.

It was a bit Jason Bourne – they’d even made the “O” in Jones on the bookcover a shattered bullet hole. I had enough courage to tease Tony about that when I first met him. And we met at an unusual place. A ferris wheel.

When the publisher approached me for an interview with Tony, I pitched an idea that I wasn’t sure Tony would go for – and that was before I knew he was afraid of heights. I suggested that Tony do an interview with me on the big ferris wheel next door to the ABC. A couple of literal and metaphorical rounds about the highs and lows of journalism.

That time I convinced Tony Jones to ride a Ferris wheel with me… @InQldMedia pic.twitter.com/HrgsFGAN1s

Tony agreed. The plan was that I would record audio and video of our chat so that I would have shareable vision of Tony in his new role as author. He was out of the TV studio suit and up for something unexpected. Plot twist for TJ.

I was nervous. I had spent years watching Tony on Lateline and QandA. I’d read his book and knew what I wanted to ask. I just wasn’t so confident coordinating the technology once the wheel began spinning.

We climbed aboard the carousel and Tony complimented me on the golden afternoon light filtering through the windows, as if I’d planned it that way. It made me feel good and we both joked about fixing our hair as my camera-phone reflected back our faces. 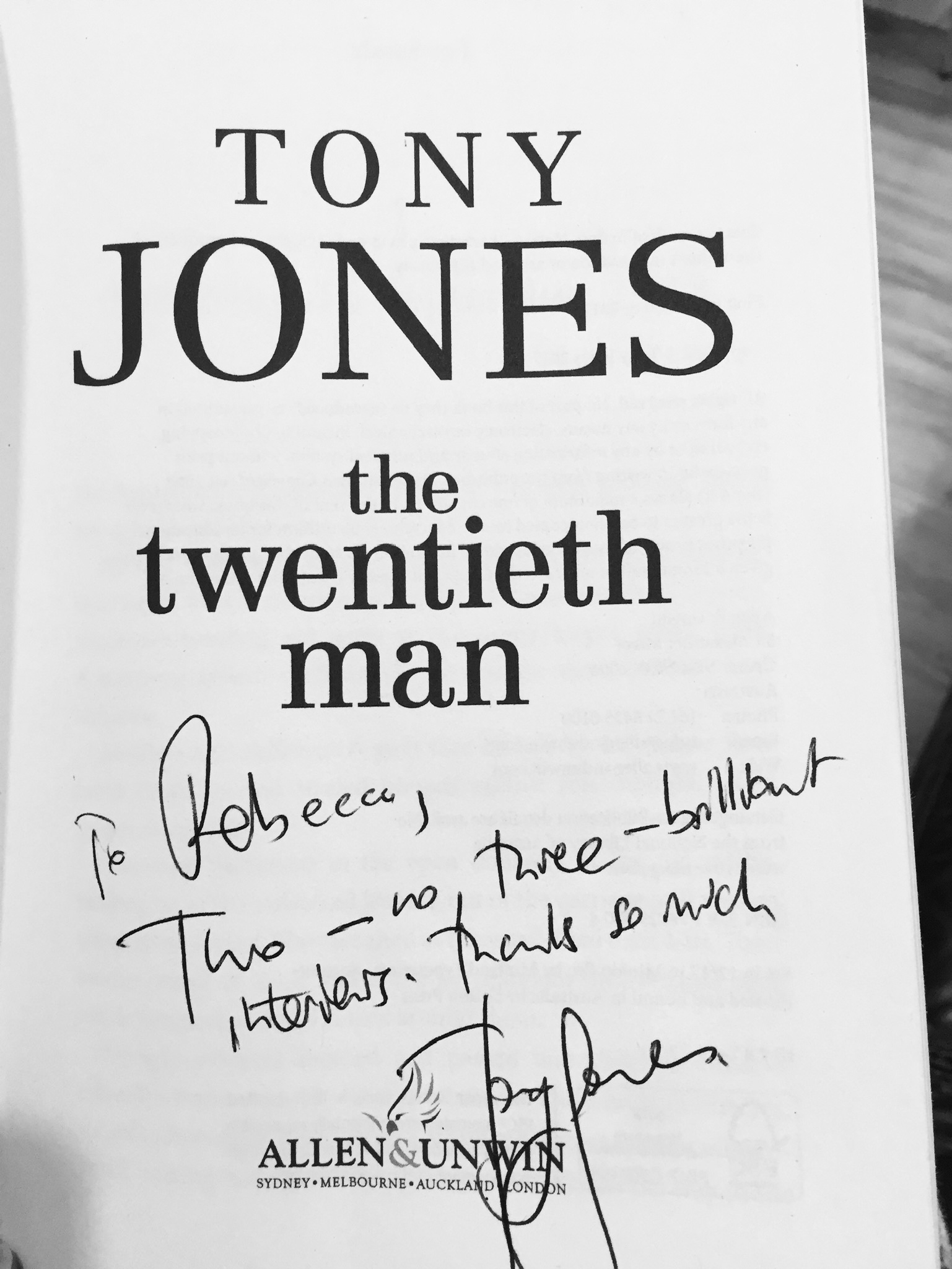 The interview began and Tony was in roaring form. Detailing the thrill of finally putting his plot on paper. The characters alive in his head for years, were now out in the world.

He was passionate and charismatic and I was caught up in his enthusiasm. This is going so well, I thought, as I briefly glanced at the recording screen and that’s when my heart stopped. Because the recording hadn’t started.

Nooooo! I wanted to scream like one of Tony’s characters.

Should I confess my mortifying failure? Yep. I told the truth to Tony Jones.

“Oh,” he said, sounding ever so slightly British.

My memory of what he said as I scrambled to hit record on everything (again) is fuzzy because I couldn’t believe that I failed to press the one button that really mattered.

I recall him being very forgiving, saying that it could happen to anyone and that he really didn’t mind. Or maybe that’s just what I’ve kept telling myself.

For a journo who’s seen more than his share of sad, bad, mad news, Tony Jones will always remind me that sometimes it’s ok to start again. And it’s always best to be kind.