But, the audacious move by a city renowned for seizing every bold, sexy, even brash opportunity to promote itself, may not have struck the right chord, at least with its most hard-to-please audience – Gold Coasters.

Talkback callers are divided over whether ‘The Gift’ really captures the real Gold Coast, with some claiming the song is stuck in the ’80s and one particularly harsh critic telling ABC Gold Coast, “it sounds like an ad for a retirement village”.

Some are calling its tune “lightweight”, “unsophisticated” and others are even calling its lyrics “lame”.

La Castra, who represents “inland” Gold Coast suburbs like Ashmore and Nerang, originally shot to fame in the entertainment industry as host of children’s TV show Wombat and a role on Neighbours. He said his ode to the Gold Coast came from the heart and aimed to capture the best of Queensland’s gold-class tourism destination. 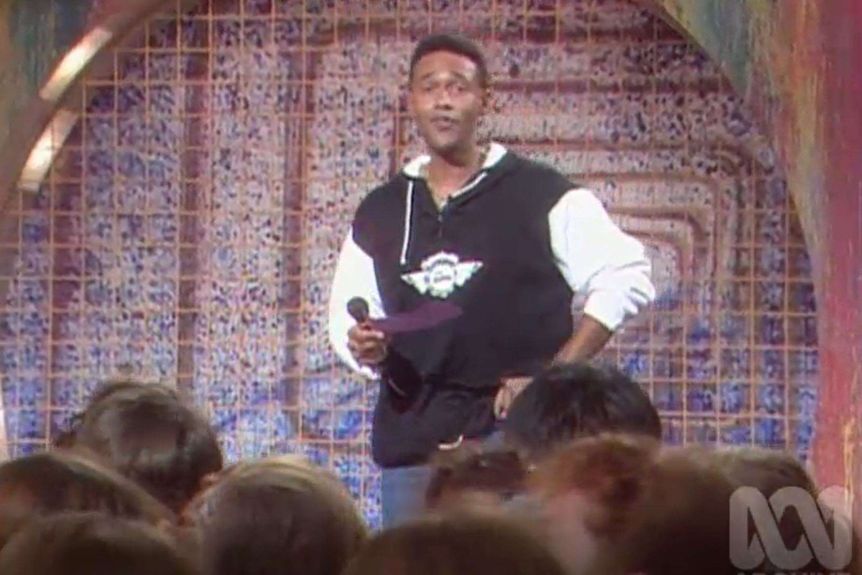 La Castra co-wrote ‘The Gift’ with Gold Coast Transport and Infrastructure chief Alton Twine, who is also a long-time songwriter and has been playing guitar in bands including Rock Wallaby, Sultans of Swag and folk-rock ensemble Hot Toddy that toured Europe and produced platinum album sales.

La Castra and Twine have played together in various iterations of bands on the Gold Coast including the Full Stops, Bob La Castra and Groove Assembly, and The Waves.

‘The Gift’ includes lyrics like: “Livin’ the dream here in paradise/And I don’t have to ask you twice/Is there any place that’s half as nice/As what you see?”

“The feedback generally I’ve been getting has been incredibly positive, they’re saying it’s happy. it’s bouncy and the whole idea is that it’s something to promote the city and that doesn’t sound like an ad,” La Castra said.

What the tune has undisputedly tapped, however, is the perennial identity problem that arises when the Gold Coast promotes a version of the Gold Coast.

In response to every city marketing campaign, there is an element of pushback and cringe when trying to satisfy perception about what is the real Gold Coast.

The city’s ill-fated 2013 “red dot” marketing campaign was one such punctuation mark in the city’s ongoing internal conversation about how it sees itself. It was the realisation that the rest of Australia saw the Gold Coast differently to the way Gold Coasters saw themselves.

Proud. Full stop. Independent. Full stop. Unapologetic. Full stop. The focal point of that campaign was a red dot sitting at the tail end of the GOLDCOAST.

It was meant to let the rest of Australia, indeed the world, know the Gold Coast was more than beaches, bikinis, Surfers Paradise neon lights and roller-coaster rides. But it didn’t go over well within or outside the city. Full stop.

Like The Gift, this campaign struggled to capture Gold Coasters’ idea of themselves as both joy-seekers in Australia’s favourite playground and super serious about business. It shows Gold Coasters are likely still more comfortable decrying what the city is not, rather than proudly declaring what it is.

In celebrating the 20th anniversary of Sydney’s spectacular 2000 Olympic games, it might be helpful to reflect on one of the biggest issues that perplexed and divided community opinion in the lead up to the September 15 lighting of the cauldron.
It was how was Australia going to represent itself in the Opening Ceremony?

After Australia had a moment in the sun in the 1996 Atlanta Olympics Closing Ceremony to inspire enthusiasm for the 2000 big event – that moment of inflatable kangaroos on the backs of BMX bike riders – Sydneysiders went into meltdown about how to match the view of themselves with how they were perceived.

It was also a moment when one of Australia’s greatest country music writers and performers, John Williamson, wrote in to a Sydney newspaper to explain one of the greatest truisms of national and cultural identity. The thrust of the “true blue” letter from a performer who has the Australian bush in his DNA, was that to understand who we are, we must understand how we are seen.

“When the storm-clouds start to gather/Let me take you by the hand/And free our hearts to wander/Along endless Gold Coast sand,” would certainly be sounding glorious right now to so many people around the country, and around the world, in lockdown and longing for the relative freedom from restrictions Gold Coasters are experiencing.

“Where else would you wanna be?” might well be the most pertinent chorus line of any Queensland tune produced this year.