The 21-year-old Queenslander, who first shot to prominence by winning the world junior title in 2018, was in the top three throughout all 10 disciplines.

He finished with a total of 8649 points, breaking his own national record in the process as Canada’s Damian Warner won gold with 9018 and world record holder Kevin Mayer from France took the silver.

The bronze was Australia’s first athletics medal of the Tokyo Games.

But if not for Dubler it could all have gone pear-shaped in the concluding 1500m on Thursday night, with both American Garrett Scantling and Canadian Pierce LePage threatening to knock Moloney out of the medals.

“I had no idea I was going to run a good time.

“I saw Garrett go and I thought ‘Don’t you dare’. He did dare and I had to keep going.

“When he got in front of me I got really anxious.

“But I didn’t want to give it any chance. I wanted that bronze.

“Second was out of reach of my capability, but I knew I had third in me and I went for it.

“I just heard his voice in my brain and it filled me with energy.”

Despite battling a hamstring injury and not registering a height in the pole vault, Dubler bravely finished the competition to provide Moloney with all the assistance he needed. 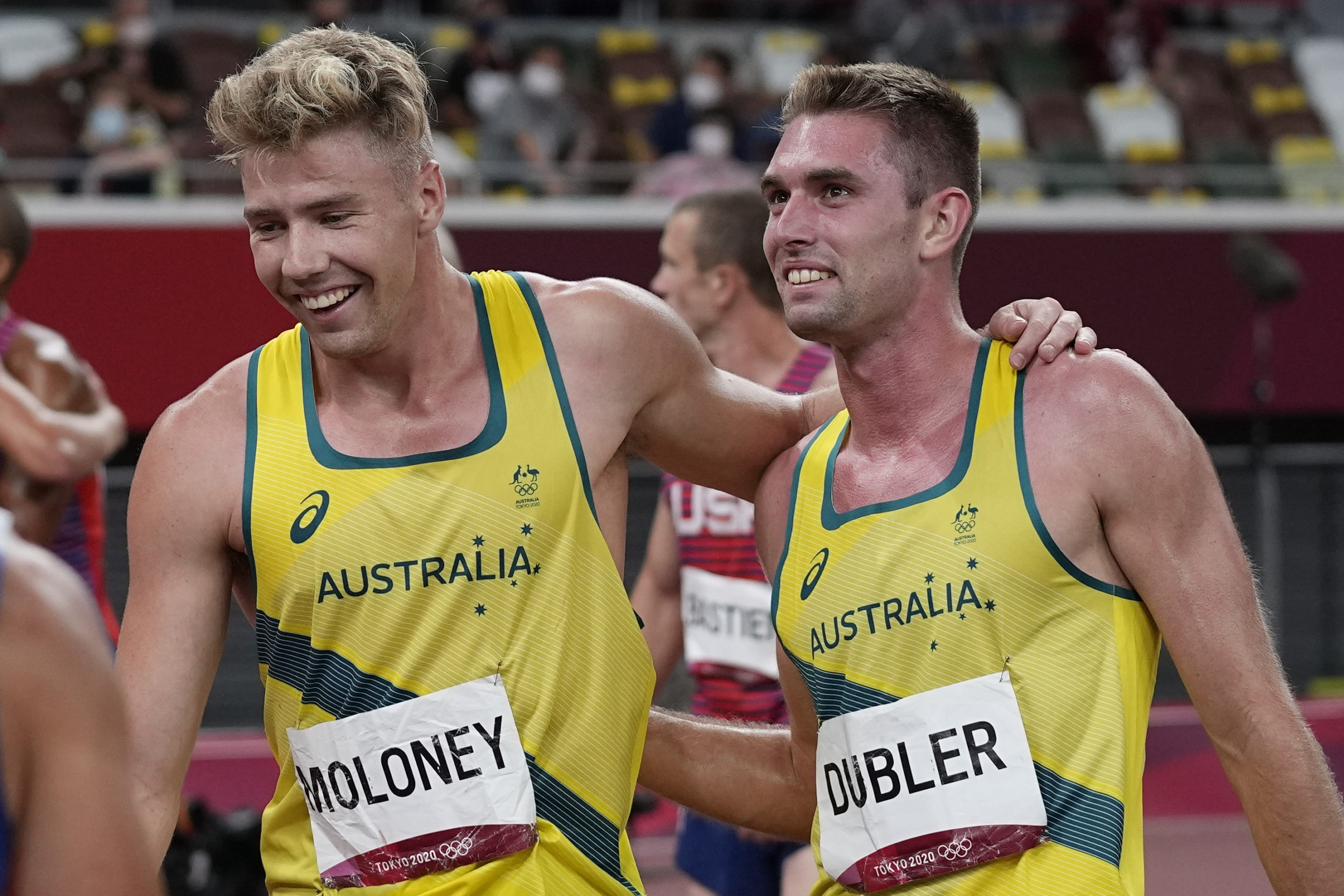 Ashley Moloney, left, of Australia, is congratulated by compatriot Cedric Dubler, after his third place finish in the decathlon at the 2020 Summer Olympics (AP Photo/David J. Phillip)

“My job was to get Ash through it and keep track of where everyone was and make sure he collected that bronze,” he said.

“I was screaming at him so loud in that last 300 that I had to kind of stop to keep screaming.

“I started jogging when he was out of earshot.”

In 125 years of Olympic competition, the only Australian male track and field medallists younger than Moloney have been high jumpers Tim Forsyth and Chilla Porter.

Until Thursday, no Australian had ever finished higher than sixth in an Olympic decathlon.

Both Moloney and Dubler are coached by Eric Brown, who watched the drama unfold from back home in Queensland.

“He pretty much raised me on the track,” said Moloney.

“He took me in when I was young and took Cedric in as a young pup as well and built us to Olympic levels.”