The brains trust in charge of coming up with a new official brand for Australia has convinced the Federal Government we need to shoot the kangaroo.

Why?  It was just too internationally well-known.

And what do we replace it with? 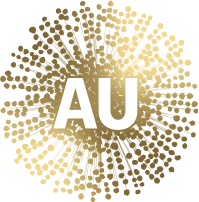 “The what?” might say those abroad, or even in Australia, who don’t know the wattle is our national flower.

Before you start questioning the logic of  trying to raise Australia’s profile by ditching our most easily identifiable international symbol in favour of a flower, keep this in mind:

The Brand Advisory Council, set up two years ago by the then-Turnbull government to help develop “a stronger nation brand to better position Australia and enhance our global competitiveness comprises some of Australia’s most successful business brains.

It is chaired by mining magnate Twiggy Forrest and includes Qantas boss Alan Joyce, Atlassian co-founder Mike Cannon-Brookes and Coopers Brewery chairman Glenn Cooper among others and is supported by an expert working group of marketing professionals.

Clemenger BBDO has also been helping out creatively by way of a reported $3 million contract.

Surely, with all that obvious cleverness, they must know what they’re doing.

First, the reasoning behind snubbing the kangaroo.

“We love our kangaroo – it is currently the most internationally recognised shortcut to Australia,”  the council says in its recommendations for the new national brand presented to Trade Minister Simon Birmingham in December last year.

Good reason then for incorporating a kangaroo in our national branding you might think.

Not according to the experts.

“We considered whether it would shift perceptions of our nation, or simply reinforce what people already knew about us,” says the council’s report, which can be found in a quiet corner of  Austrade’s website.

And in any case, we apparently already have too many kangaroos, of too many different shapes and sizes in our existing branding, and getting them all to line up, would be just too hard.

To quote from the recommendations:

“To adopt a kangaroo as our national symbol would require agreement on a new single ‘roo’ (by all agencies currently using kangaroos) as dual-branding situations of multiple kangaroos sitting side by side will not work.

“Therefore, with consideration for the mark to co-exist with existing national symbols, this led to a recommendation against the kangaroo.”

But why the wattle? Well, it is our national flower as the council points out, before adding, perhaps optimistically, that “while not immediately recognisable internationally, it will become so over time.”

And then comes the sort of straight-faced explaining that marketing and branding people are so good at:

“Our proposed nation brand mark balances a literal and abstract interpretation of a wattle flower. It’s an optimistic burst of gold positivity,” the council’s report to Minister Birmingham says.

“Co-created with our Indigenous design partners Balarinji, the mark is embedded with a cultural richness and graphic voice that speaks distinctively of Australia.

“The hearty resilience of the wattle has come to represent the enduring spirit of the Australian people. This small, beautiful flower is an organic burst of positivity – in bright joyous gold.

“It speaks of warmth, expanding ideas and horizons, with the pollen-laden stamens radiating a sense of energy and dynamism. It is an authentic national symbol that is elegantly and undoubtedly Australian.”

The new design proposal is certainly striking and distinctive, but I’m not sure anyone unfamiliar, or even familiar, with a wattle, will immediately recognise it as such, let along make the jump to Australia, even when it’s emblazoned with the letters “AU” (for Australia, and gold, get it?)

To my eye it looked more like an exploding and atomising gold planet, a logo for a junior gold miner or,  if a wattle flower, then one about to make life miserable for hay fever sufferers.

But still, the Canadians have done it with their maple leaf and the New Zealanders with their fern. Who knows, perhaps our humble wattle can join the big league.

The Government has accepted the council’s recommendations, which also include changing  Australia’s current  slogan, “Australia Unlimited” to  “Only in Australia”, and is now making the new branding avaialable to invited organisations pending an as-yet unnanounced public launch,

And so, farewell Skippy and thanks for all your help.

I have no professional training in marketing and brand design but I did spend six years promoting Australia as a Trade Commissioner in Mexico, and later Chile.

In Mexico in particular, whenever a local realised I was Australian and not a North American gringo, they would more often than not, raise their hands in front of them like paws and do a little hop.

“Canguru,” they would say with a smile, and another little bridge between cultures would be formed.

I’m not sure what happens when we’re all identified with the wattle. Perhaps, they’ll sneeze on us.

Only in Australia. Indeed.