The council has launched registrations of interest for the 400 square metre restaurant, which will sit above the water near the city end of the bridge linking Kangaroo Point and the CBD.

The $190 million pedestrian and cycle bridge linking Kangaroo Point with the City Botanic Gardens – topped with a mast taller than the Story Bridge – will be a striking addition to the city skyline when it is completed in early 2024.

The proposed restaurant was a late addition to the 460 metre long structure, with the council hoping it will emulate the success of the Howard Smith Wharves precinct as a signature Brisbane attraction. 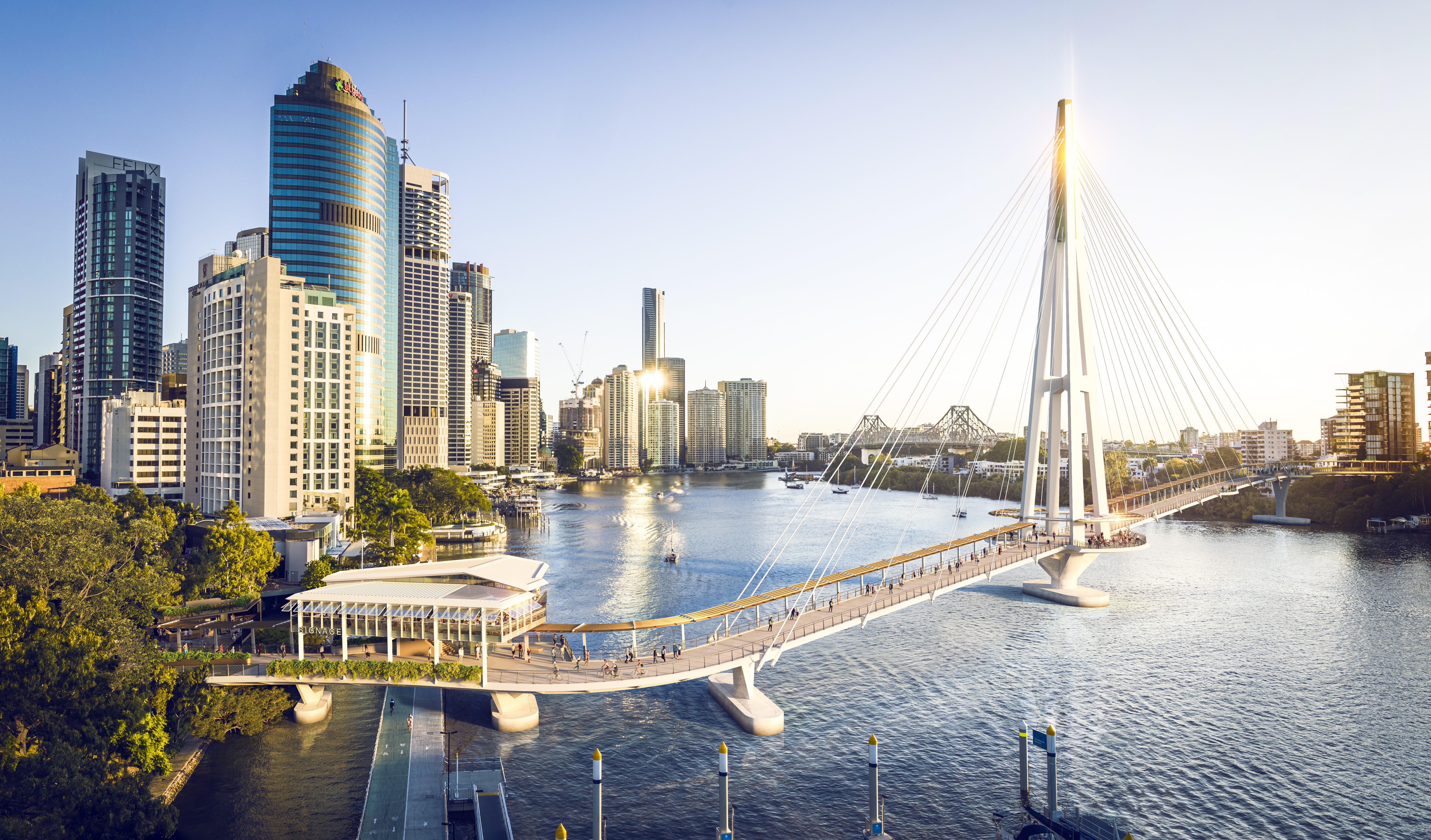 Brisbane Lord Mayor Adrian Schrinner said the registration of interest process also included the opportunity to operate a 100 square metre cafe near the city landing of the bridge.

“Securing one of these leases is a chance to create a must-do hospitality experience for local residents and visitors as well as people around the world,” he said.

“Just as we transformed Howard Smith Wharves, the Kangaroo Point Green Bridge will be Brisbane’s next iconic destination and this is a chance to be part of something really special.”

The council has wound back its green bridge building program to save money following the February floods but is pressing ahead with the Kangaroo Point span – which will be among the longest span cable stay pedestrian bridges in the world – and the smaller Breakfast Creek green bridge project.

Colliers has been appointed as the retail leasing agent for the bridge facilities. Registrations of interest close on July 8.

The Kangaroo Point project is being built by the Connect Brisbane consortium, led by Besix Watpac and including firms such as  Rizzani de Eccher, WSP, Blight Rayner, Dissing and Weitling, Aspect Studios, RWDI, F-POV, UAP, Right Angle Studios and Rowland.