In his pitch to Brisbane City Council for approval of the development, Ham has pointed to the project fuelling a commercial and residential revival of Wynnum, which has fallen behind other major activity centres in Brisbane such as Chermside and Toowong. 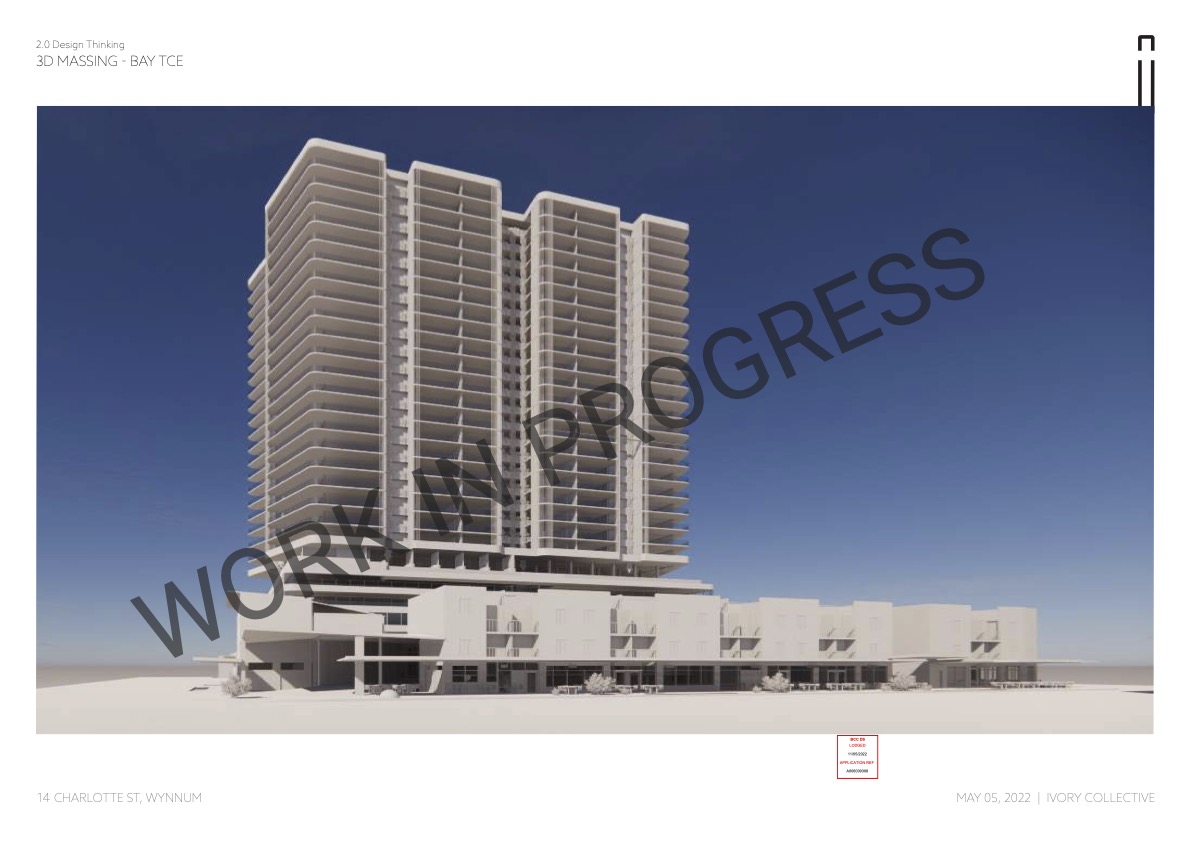 An initial render of the Wynnum high rise project as it appears in the development application lodged with the council.

But the project easily flouts the current Wynnum Manly Neighbourhood Plan, which only allows buildings of up to eight storeys.

The project has also not gone over well with locals, with some taking to social media to warn Wynnum would end up looking like Redcliffe.

However, Ham has said the project, which he has called Ora, was designed to put Wynnum on the “open for business” map.

“Wynnum CBD has been left behind with no development in the last 20 years,” he said in a letter to council.

“Land owners and businesses are left to struggle with reduced returns and trading days (5 if lucky) and reduced trading hours.”

Renders for the project are still a work in progress.

However, Ham’s town planners have told the council the tower has been oriented to maximise bay views and will “accommodate 275 residential units varying in size from one bedders to luxury penthouses with rooftop pools.

In the application, consultants Urban Economics said Wynnum’s building height limits sere out of step with other major activity centres around Brisbane.

“The applicant believes the proposal is the catalyst needed to rethink Wynnum’s restrictive planning mechanisms which are clearly defunct as no real development has happened in the major centre zone since the implementation of the local plan,” it said.