Brisbane City Council has announced it would offer $5000 each to community clubs faced with the costly job of clearing mud and debris from clubhouse and sporting fields.

Lord Mayor Adrian Schrinner said the payments would be given to clubs on council-leased sites to help them get back on their feet.

A similar scheme set up in eh aftermath of the 2011 floods helped more than 100 clubs but Cr Schrinner said he expected many more would be eligible this time given the widespread nature of the disaster.

On Friday, he inspected the damage done to the popular Bardon Bowls Club, which sits next to Ithaca Creek. As it was with the city’s many suburban creeks, the normally picturesque waterway became a raging torrent at the height of the weekend’s massive downpour, inundating the 72-year-old club. 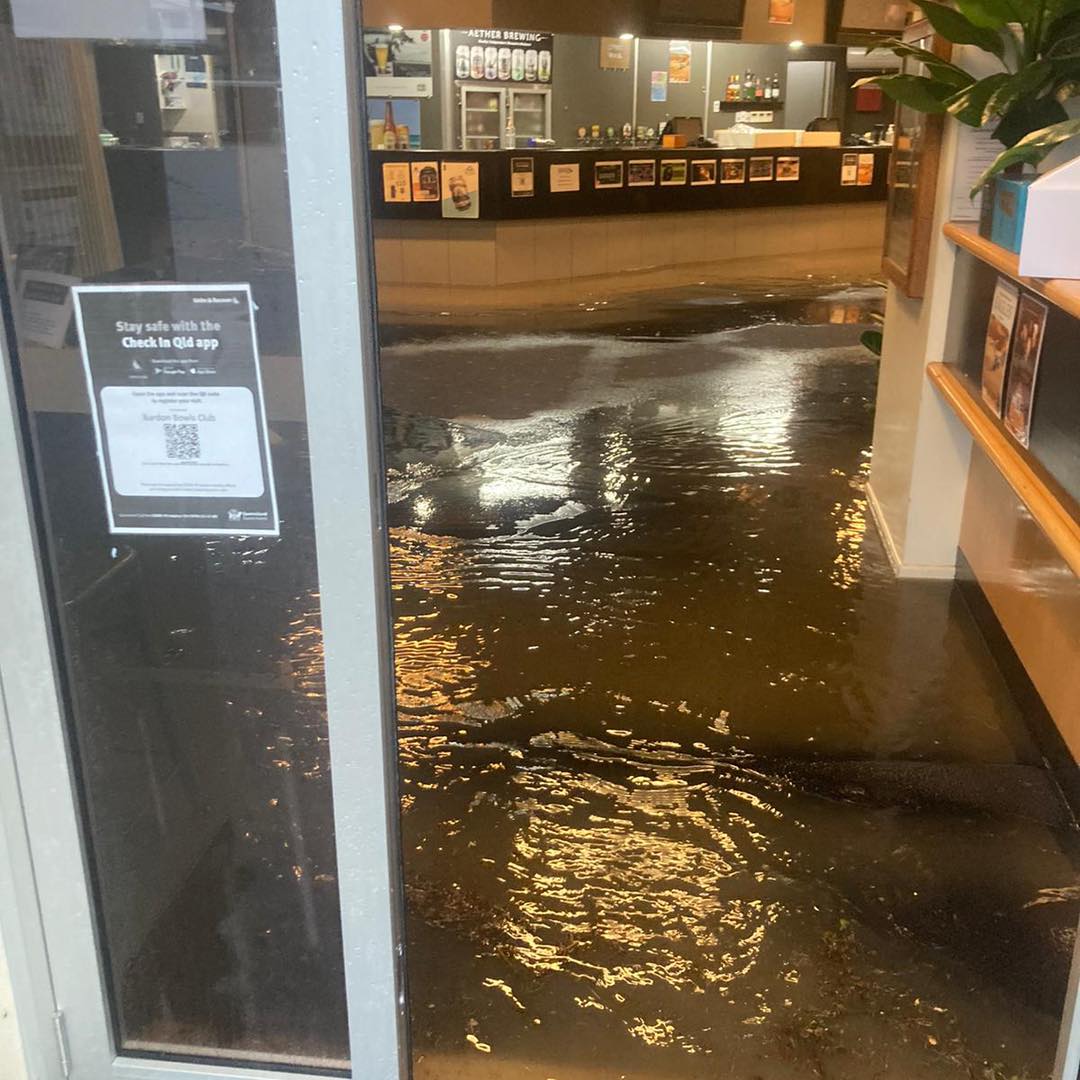 “It will be up to the clubs how they spend this money. They can use it to get help removing large bulky items or cover the cost of purchasing clean-up equipment,” Cr Schrinner said.

“The critical thing is that the clubs know they can count on this money soon to help cover the clean-up costs.”

“We’ve already had over 100 clubs get in contact with us to report that their facilities have been damaged,” he said.

“These include sports groups like football clubs, bowlos, cricket clubs and baseball clubs as well as community organisations such as historical societies and charities.

“I am sure many more clubs will have been affected and I am urging them to register for this payment to help them out.”