The new underground Roma Street station – one of the signature features of the $5.4 billion Cross River Rail – now boasts a 20-metre deep cavern ready to be filled with the project’s new rail and bus terminal.

The massive hole, invisible to pedestrians passing outside the station, was created by removing nearly 38,400 cubic metres of spoil, which is about the same volume of concrete used to build the Story Bridge.

Transport Minister Mark Bailey said that while 2021 was a year of tunnelling for the 5.9 km Cross River Rail link, 2022 would be a year of station build, with four underground stations and several new above ground stations being constructed as part of the project. 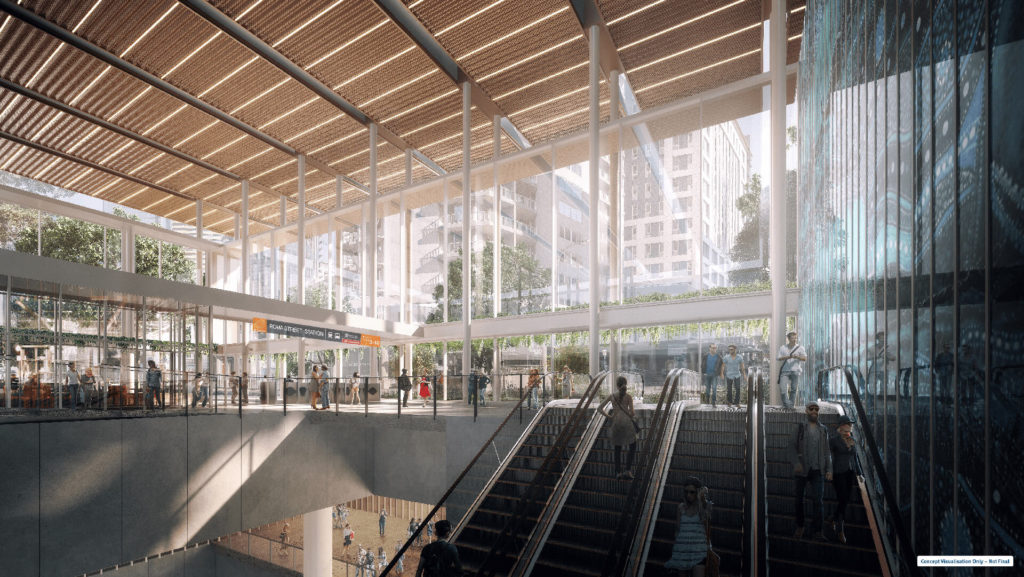 “Nowhere is that more evident than at Roma Street, where you not only get an epic sense of the main station but also the network of tunnels that will connect above ground rail, bus and coach services with the new high-capacity underground rail line,” he said.

“Over 45,000 people are expected to use the new station every week-day and the new Roma Street station will not only become our state’s single most significant transport interchange, it will also be an integral part of the 2032 Olympic and Paralympic Games.”

He said there were 200 workers at the Roma Street site and 2000 working on Cross River Rail in total, meaning the project was injecting “$4 million a day” into the economy.

Impressive as it is, the Roma Street hole will not be Cross River Rail’s deepest. That title will be taken by the new Albert St station in the city centre, where the new rail platforms will be 31 metres underground and the completed station will run the length of two entire city blocks.