Brisbane Lord Mayor Adrian Schrnner said the 64 hectare Victoria Park and the RNA showgrounds had been earmarked as venues for the Olympic equestrian events.

The council is set to include the inner city park’s Olympic role in its Victoria Park master plan, due for release later this year.

“Victoria Park is our biggest new park in 50 years, and the opportunity to create an Olympic venue and the cross-country course in the middle of the city alongside a major transformation of a public park is very rare and requires vision and imagination from everyone right from the outset to maximise the opportunities,” Schrinner said. 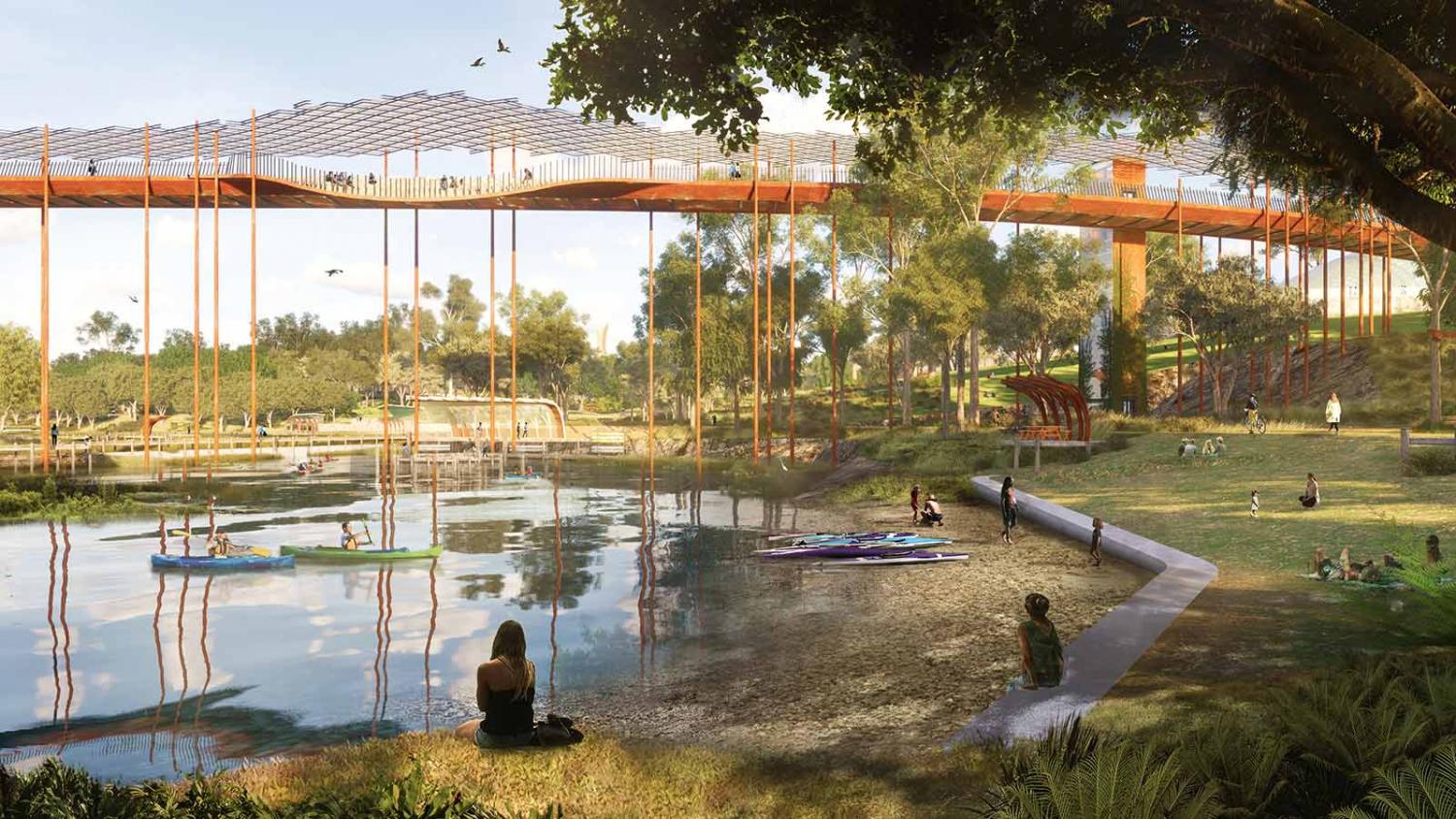 An artist’s impression of the revamped Victoria Park. Image: BCC

“We’re thrilled to have some of the equestrian world’s most revered names right here on site, reviewing technicalities of hydraulics, earthworks and vegetation and ensuring the Games overlay can be accommodated on the site, which will include approximately 40 jumps,” Schrinner said.

Victoria Park is also set to host the freestyle BMX competition in 2032.