Plans lodged with the Brisbane City Council show the development, at 186 Wickham St, would include a retail mall at ground level, helping to shake up an area of the Valley now dominated by restaurants and nightclubs.

Singapore based construction company Lian Beng Group sold the block for $18.2 million earlier this year to newly formed Australian firm W&R Property, saying the viability of its planned development has been undermined by “the increasing complexities of real estate development in Australia”.

The new owners have wasted no time in reshaping the planned development from mixed use to 30,000 square metres of commercial office space and reducing the number of towers on the site from three to one. 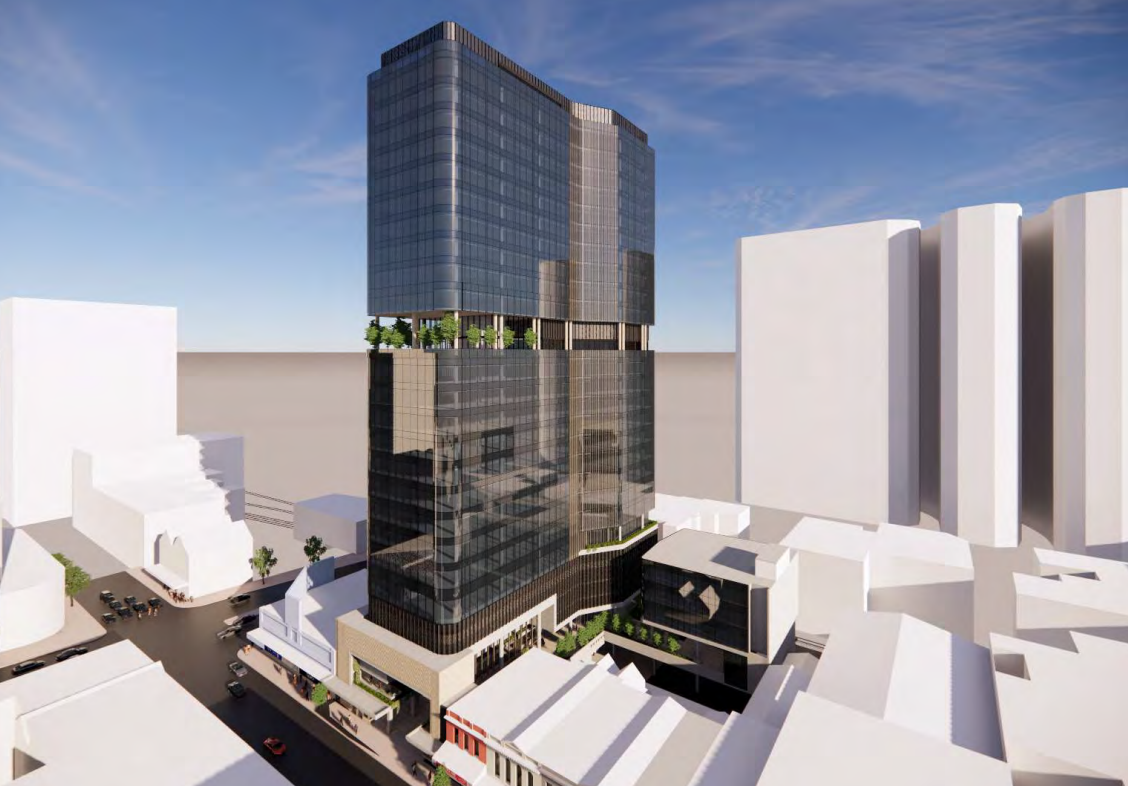 There are also plans for a smaller office development on another part of the block.

“The proposed development is an opportunity to undertake urban renewal within Wickham Street referencing the historical context of the Valley,” doeuments promoting the development state.

One the site of the Rex Theatre, the block has had a mixed history, with one part of it at the centre of a stoush between the council and a nearby nightclub accused by council officers of using the land as an outdoor extension of its business.