Two white steel arches – each 60 metres long and weighing 90 tonnes – now sit 30 metres above the river, giving Brisbane residents a sense of how the bridge linking South Bank with the new $3.6 billion Queens Wharf development will change the look of the city.

Deputy Premier and Infrastructure Minister Steven Miles said it was incredible how fast the bridge was coming along.

“The crowning archway is now in place. This wonderful bridge will link two incredible cultural precincts – South Bank and the new massive integrated resort on the city side,” he said.

“When we were here (Queen’s Wharf) just a month ago there were 1000 workers on site. There are now 1300 but when Queen’s Wharf is open there’ll be 8000 people employed there,” he said. 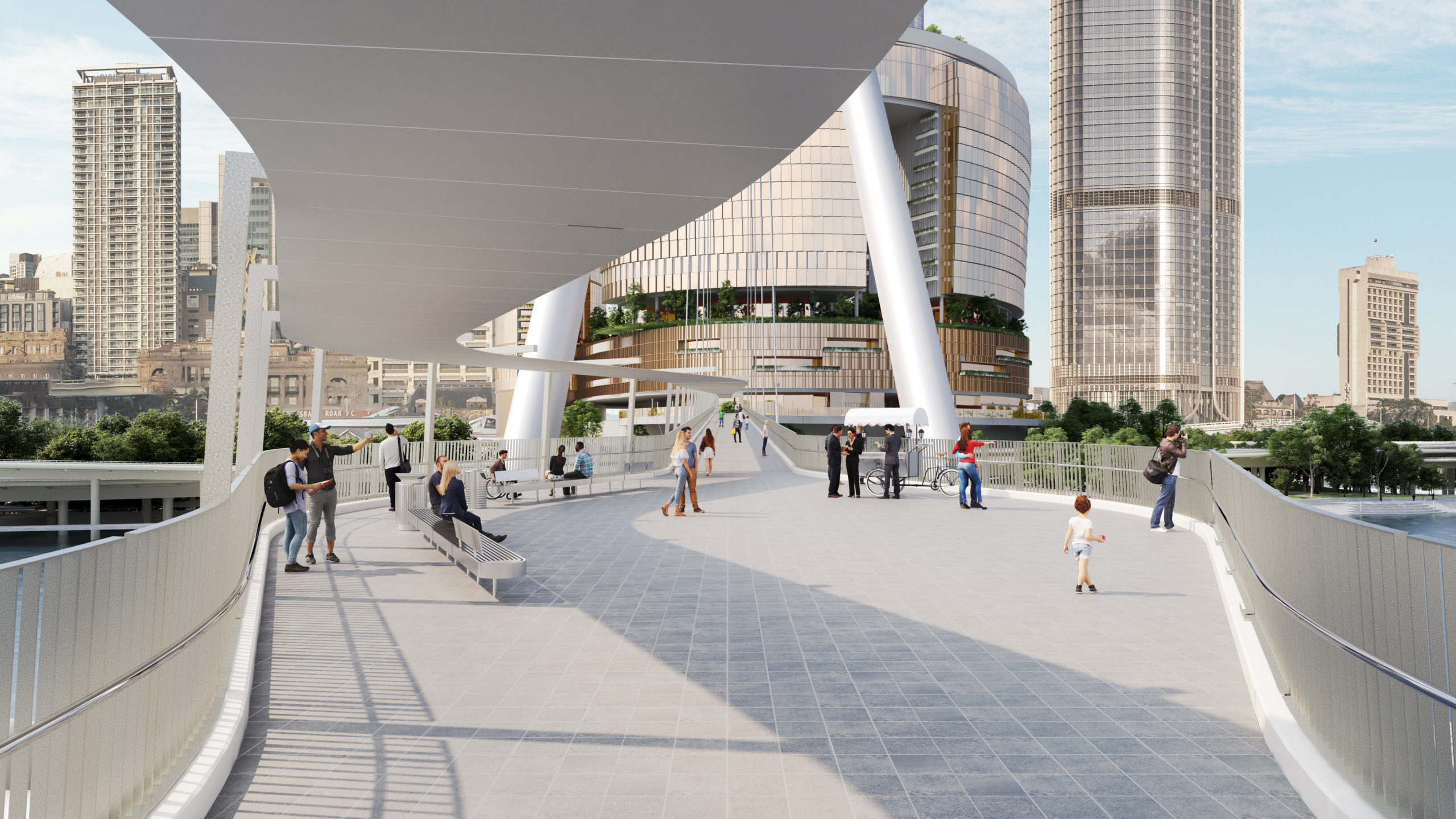 Miles said the first of the Queens Wharf towers was now at Level 20, about half the height it will reach on completion.

“You can start to get a sense of how these projects mesh together, how they’re changing the face of the city and how they’re providing a platform that will allow us to deliver a fantastic 2032 Olympic and Paralympic Games.”

About 120 metres of the bridge’s concrete decking is now in place, with project director Simon Crook saying the span is expected to reach its mid-river point by the end of the year.

Around 10,000 people a day are expected to cross the river via the pedestrian bridge that will measure 322 metres when it opens with the Queen’s Wharf development in the first half of 2023.

“Fitzgerald Constructions has safely secured the crown of the arch in place using a scaffolding platform that will remain until the bridge reaches the mid-way point, early in 2022,” Crooks said.

“The crown is pivotal in providing the balance and strength of the cable stays and suspended structure of the pedestrian bridge. 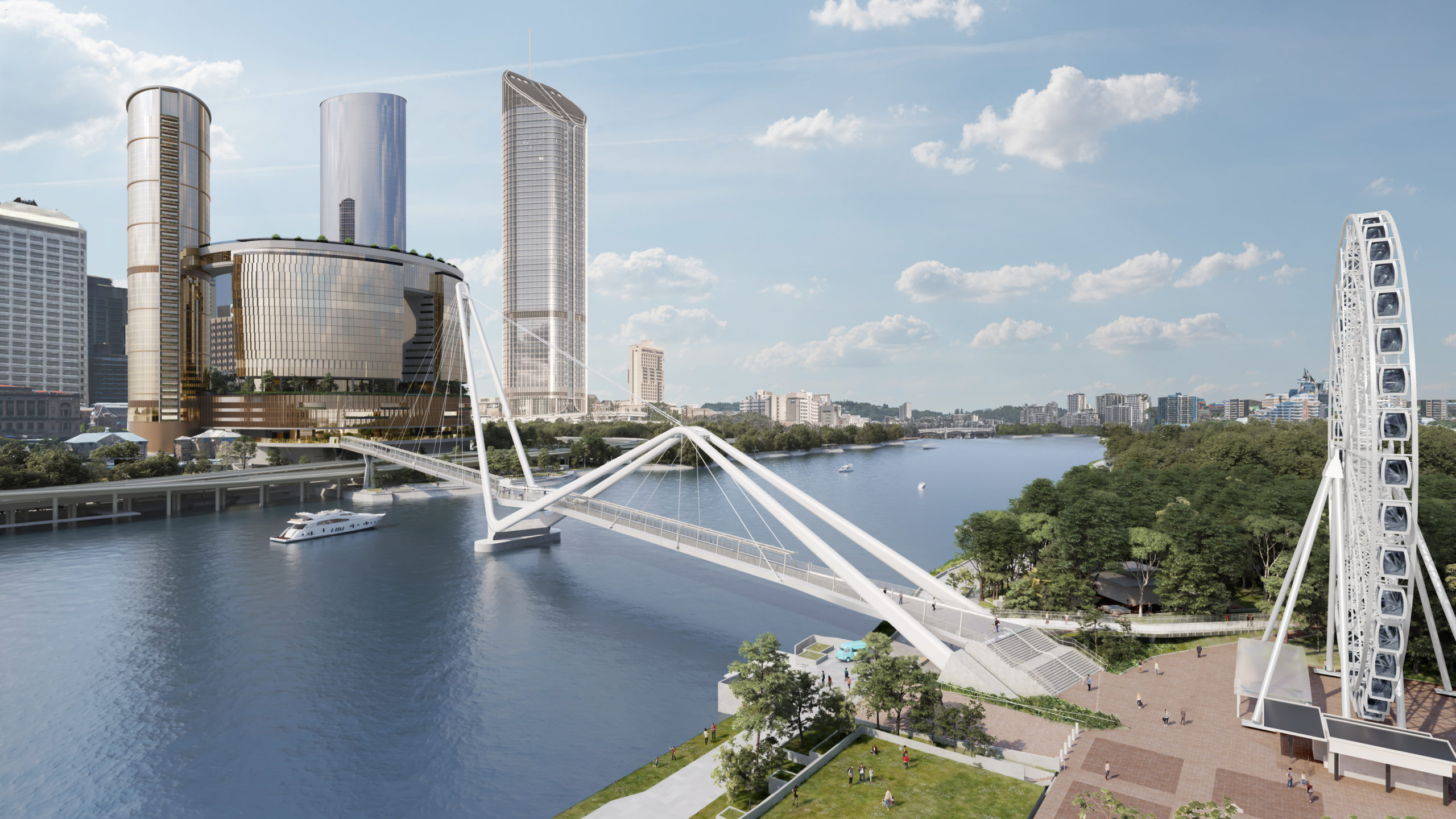