The bridges are yet to be funded but have attracted huge interest from local residents and businesses on both sides of the river, with Brisbane City Council receiving around 4000 submissions and feedback on their preferred alignment.

They are also aimed at ensuring alternative routes to the University of Queensland campus at St Lucia, Brisbane’s second most popular destination for commuters after the CBD.

The council plans to build the Toowong to West End span first, perhaps as early as 2024 subject to funding and approvals. The bridge will connect Orleigh Park with the old ABC site in Toowong.

Council’s transport chair Ryan Murphy said the population of South Brisbane and West End was expected to grow by 120 per cent over the next 20 years, boosting the case for a pedestrian link across the river.

“Together, the new green bridges will create a vital green transport network between the growing communities in West End, Toowong and St Lucia as well as The University of Queensland,” he said. 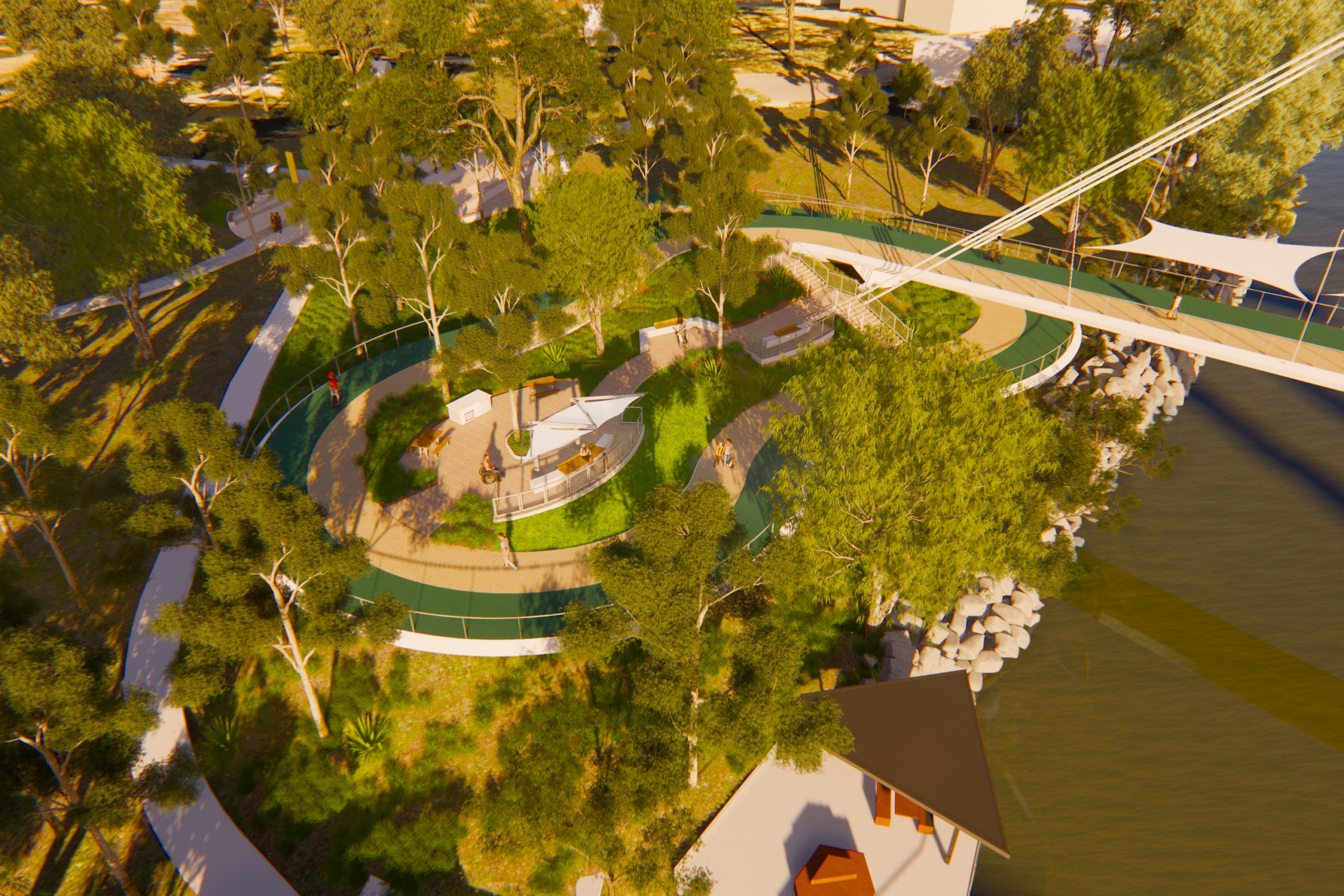 The proposed landing site for one of the bridges at Guyatt Park, St Lucia. Image: BCC

“Currently it can take up to 20 to 30 minutes to drive between St Lucia, Toowong and the West End peninsula – the green bridges will provide a direct walking link between these suburbs and will cut travel times by more than two thirds for those riding bikes and e-mobility devices.”

The council is calling for input into the design concepts, saying it wants to preserve the heritage and environmental values of the bridges’ landing sites, particularly at the popular Orleigh Park at West End and Guyatt Park at St Lucia. 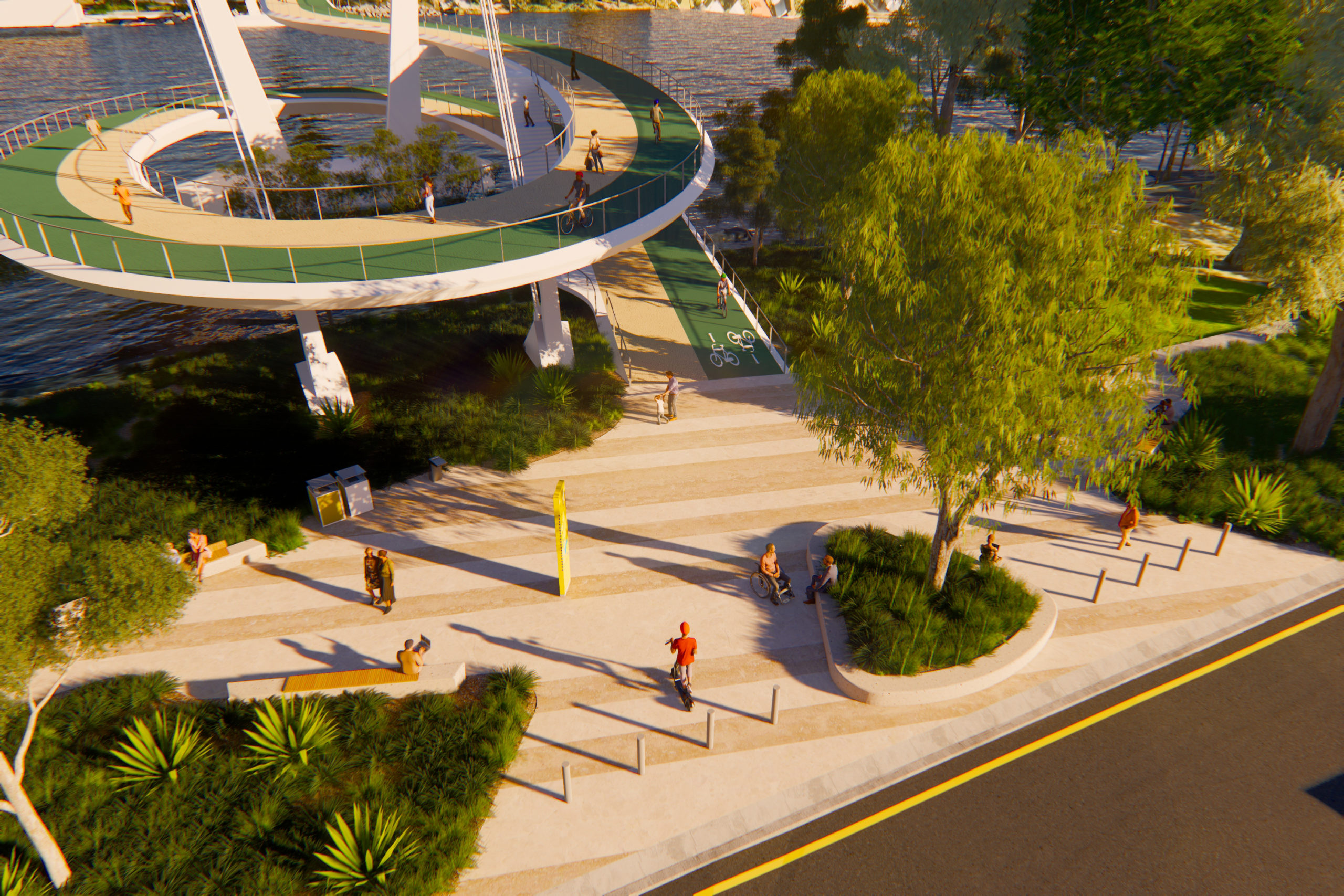 The concept design for the landing area of the planned St Lucia to West End green bridge. Image: BCC

Lord Mayor Adrian Schrinner said the council was committed to connecting more parts of the city through cross-river pedestrian and cycle links.

“We encourage those who know the area best – the locals – to come and have their say on the concept designs by completing our online survey or coming along to an information session to share their feedback,” he said.

A view of both proposed bridges. Image: BCC

The council is lobbying for state and federal funding to help pay for its green bridges program, arguing the projects are key to ensuring Brisbane residents use their cars less and public and active transport more.

Work on the $190 million Kangaroo Point green bridge is expected to begin within weeks while construction of a smaller span across Breakfast Creek should start early next year.