With construction due to begin before the end of the year, the final design of the pedestrian and cycle bridge has cut the height of its main mast from 90 metres to 83 metres above deck level.

There will also be fewer cable stays needed, a reshaping of viewing platforms and a slimmer design for the mast legs to give the structure a softer look.

Since the council earlier this year appointed the Connect Brisbane consortium, led by BESEX Watpac, to build the bridge, it has promoted the span as one of its major infrastructure projects in the lead-up to the 2032 Olympics.

A report assessing the bridge’s impact says its planned over-water restaurant and on-deck cafes are now essential parts of the project.

“These intend to increase the status of the Bridge as an iconic destination, increase the experience of using the Bridge, and make it more than a simple transit method from the CBD to Kangaroo Point,” the report by planning consultants Urbis says.

“The overwater, elevated restaurant opportunity will have a minimal additional impact on views along the Bridge, and its overall design with a primarily glazed facade intends to increase its transparency and minimise impacting view corridors.” 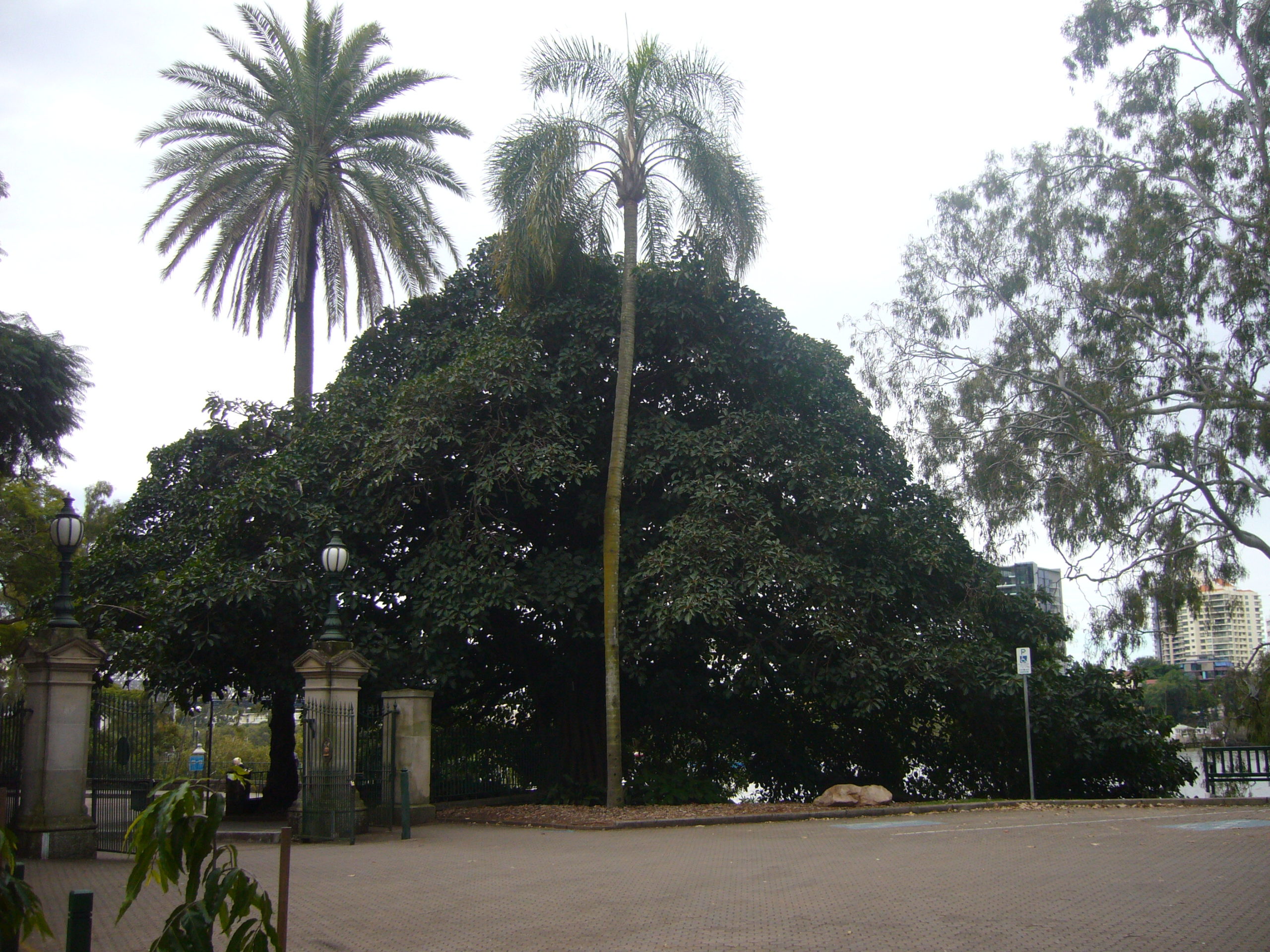 The Zulu fig that sits at the Edward St entrance was planted in 1884.

The Urbis report also says the project will employ an arborist to pay particular attention to protecting the health of the 137-year-old Zulu fig tree that sits at the Edward St entrance to the City Botanic Gardens.

The imposing tree, which was registered with the National Trust in 2014, will be close to a planned “flyover” at the city end of the pedestrian bridge and so will need to be pruned to allow construction.

The flyover is part of the “kinked” design of the bridge, made necessary so it does not encroach on the water lease owned by the nearby Stamford Plaza hotel.

The Urbis report says ground penetrating radar undertaken on the roots of the Zulu fig “within the proposed alignment and works area has identified that works in this area would not have an impact on the tree’s health or stability”.

“No direct physical impacts to the Botanic Gardens are proposed beyond the pruning of elements of the Zulu Fig that extends outside of the heritage boundary,” it says.

The bridge is expected to be completed in late 2023.