UQ has licensed a Gold Coast not-for-profit, Watergum, to market a cane toad bait that uses pheromones to attract tadpoles, trapping them before they grow and reproduce.

The pheromone tricks the tadpoles into thinking they have found the eggs of another female, which they would normally eat. Instead, they are lured into a trap.

Watergum’s Emily Vincent said the organisation’s record was trapping 8000 in a weekend.

The environmentally friendly lure was developed by UQ Institute for Molecular Bioscience researcher Professor Rob Capon and Professor Rick Shine from the University of Sydney. 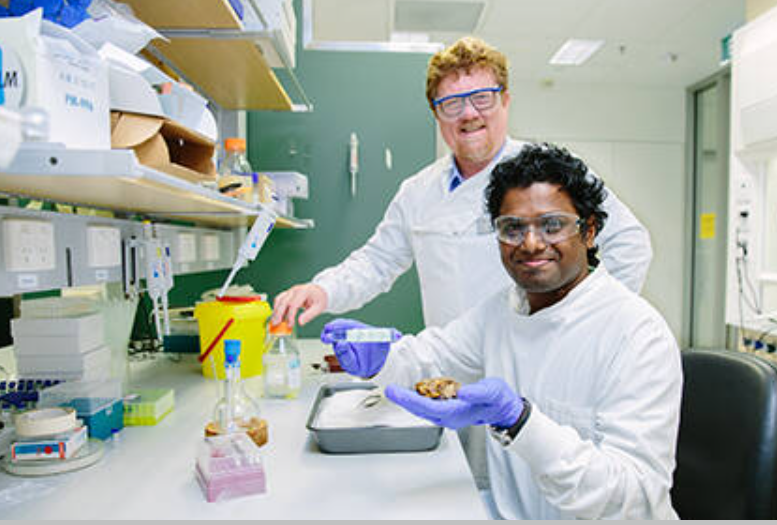 Capon said the bait was a control measure and not a way of wiping out the cane toad.

“They’re here to stay unfortunately. Australia is too big and too empty. There is no way you could put lures into every part of Australia,’’ he said.

However, a combination of the lure with the toad-busting (picking up adult toads and freezing them to death) could be an effective way of ridding urban areas of the pest.

He said the lure uses pheromones found in the secretion of the adult so the lure is like a Ponzi scheme in that it needs adult toads to deliver the lure for the tadpoles. A synthetic option was available but would mean introducing something new to the environment which he was not prepared to do.

“This deal means the UQ technology behind the pheromone lures will enable the rapid, cost effective, environmentally sustainable capture and eradication of millions of cane toad tadpoles from waterways across the country,” Capon said.

“Importantly, the lure isn’t harmful to native wildlife and is safe to use in waterways.”

Watergum’s Emily Vincent said the product should be available on line in time for the wet season. A cost has not yet been worked out but it should be easily affordable.

She said users needed to learn a few easy tricks to make sure it worked and those would also be available on line.

“If enough people get behind this it will have an effect,” she said.