A junior doctor and three nurses caught the virus inside the hospital’s 20-bed Ward 5D and passed it on to others in the community. The outbreaks in March and April involved a total of 23 people – 10 in the first cluster and 13 in the second.

Hundreds of workers at the hospital, one of Queensland’s largest public health facilities, were forced to isolate after being identified as contacts during the outbreaks.

Genomic sequencing linked the clusters to two men who were cared for in the same isolation room inside Ward 5D at different times.

One of two nurses involved in the second outbreak spread the virus to friends and a stripper at a Byron Bay hens’ party while not realising she was infectious.

But a summary of the report’s findings, obtained by InQueensland, had no criticism of the four health workers infected during the clusters, describing them as “conscientious staff doing their jobs”.

It found the “most plausible explanation” for all four infections was ventilation and airflow issues.

The full report has not been publicly released.

Ward 5D has undergone extensive renovations since the clusters, including the addition of more single negative pressure rooms, but has not admitted a COVID-19 patient since the two outbreaks.

Only six Queensland hospitals have been designated to take COVID-19 patients – the Royal Brisbane and Women’s Hospital, Cairns Hospital, the Sunshine Coast and Gold Coast university hospitals, The Prince Charles Hospital and the Queensland Children’s Hospital.

After the Princess Alexandra Hospital clusters, Chief Health Officer Jeannette Young introduced a direction stipulating an airflow assessment by a qualified engineer must be undertaken before a hospital area can be designated as a COVID-19 ward.

Infectious disease physician Paul Griffin, a senior lecturer at the University of Queensland, said knowledge about the importance of ventilation involved in the spread of SARS-CoV-2, the virus that causes COVID-19, had evolved since the start of the pandemic.

“We know ventilation is one of the critical elements that determine transmission and in the hospital setting if that’s not right, it can certainly pose a risk,” Associate Professor Griffin said.

Brisbane-based air quality expert Lidia Morawska, a Queensland University of Technology professor, was this month named in Time magazine’s list of the 100 most influential people in the world as being at the forefront of a group of international experts who last year alerted the world to the importance of airborne transmission of SARS-CoV-2.

Prof Morawaska recently called on Australian authorities to work towards improving indoor air quality as part of their COVID-19 mitigation strategies alongside vaccination. 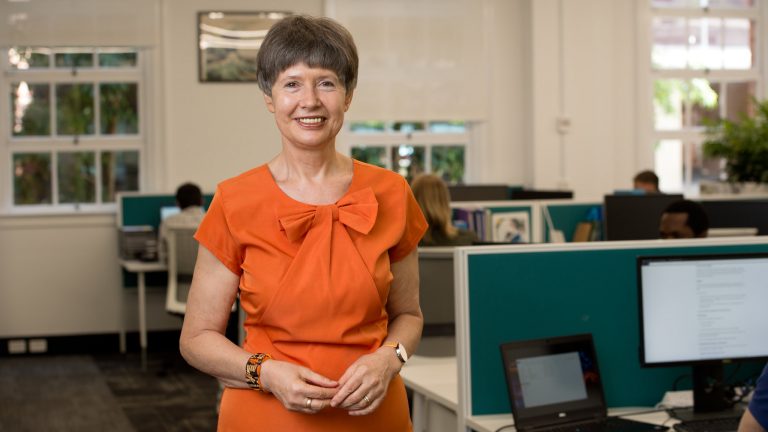 She said modernising indoor environments would not only help protect Australians from respiratory infections, it would also mitigate exposure to pollution, such as bushfire smoke – expected to pose an increasing health problem due to climate change.

Her recommendations include the establishment of a national regulatory group for clean indoor air led by the federal government working with the states and territories through the national cabinet.