The Murri Health Group, originally based in Caboolture, was once declared a “model of success” for Aboriginal communities and hosted visits by Coalition government members keen to promote its work.

Its business model included outreach to communities in south-east Queensland – within two years of its 2011 launch Murri Health had some 5,800 patients – and a separate dental clinic.

But the scale of the operation drew the attention of Medicare investigators who raided its premises twice and would allege Murri Health billed for procedures their vulnerable patients never received and clinicians knew nothing about. 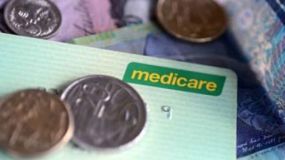 The only person charged as a result of the investigation, Jimmie Chet Heterick, faced two counts of deception and dishonestly ­obtaining a financial advantage for a company called Redbob during 2011 and 2012. He was living in a caravan park when he was first taken to court.

The Commonwealth Director of Public Prosecutions was pushing the case through the Brisbane Magistrates Court last year but five months ago quietly closed the file.

“A decision was made by the CDPP to discontinue the prosecution in accordance with the Prosecution Policy of the Commonwealth,” a spokesman said.

The move came after the court heard questions over Heterick’s role at Murri Health and the need to hear testimony from the directors, including Jenni Anderson and Anita Kemp, whose business trusts owned Redbob. There is no suggestion anyone else is under investigation by Medicare.

Anderson and Kemp are believed to have had a falling out and have two unresolved civil cases in the Supreme Court of Brisbane, where questions have been raised over the use of Medicare funds and grants, particularly when Murri Health had serious tax and superannuation debts and unpaid bills.