The archdiocese has won approval to develop the tower, which will loom over the heritage listed church, a fixture of the Fortitude Valley community since the 1880s.

An archdiocese spokesman welcomed the Brisbane City Council approval, saying the development would help support the maintenance of both St Patrick’s and St Stephen’s Cathedral in the CBD, which dates back to the 1870s.

“The driving force behind this application is the need to ensure the parish can financially support its ageing St Patrick’s church, which has been part of the community for more than 140 years,” the spokesman said.

“Both churches have long-standing roles in their communities and we want them to be places of gathering for another 150-plus years.” 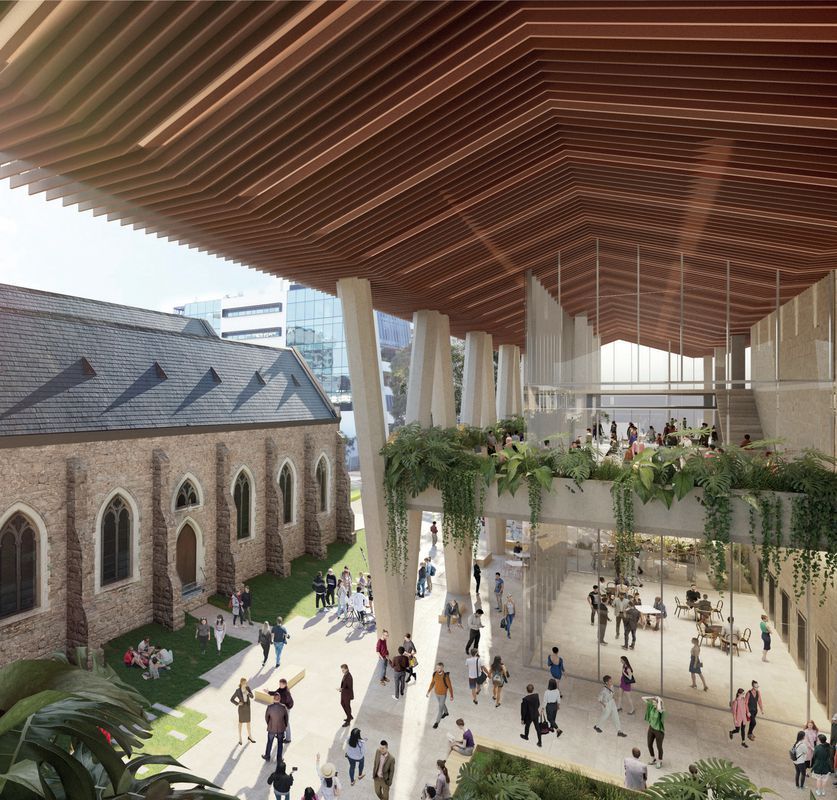 At community meetings to discuss the development earlier this year, residents were told the restoration of St Patrick’s was likely to cost between $2 million and $5 million.

Documents lodged with the development application spoke of the development providing “increased awareness and visitation of the church and will also assist in facilitating the future restoration or other conservation works to the place”.

“These works will assist in ensuring St Patricks continues to remain as a long-standing form of Gothic Architecture and within suburban Brisbane,” planing consultants Urbis said in a report to council.

Upkeep and maintenance of parish properties like St Patrick’s and St Stephen’s is traditionally supported by donations and endowments.

However, the main opportunity individual parishes have for donations – passing the plate at Mass – has suffered due to declining church attendance. This was the case even before the COVID-19 pandemic started playing havoc with peoples’ ability to go to church. The last national survey by the Catholic Church in 2016 found  Mass attendance had declined by more that five per cent.

Unsurprisingly given its size and location, the St Patrick’s development has upset some local residents.

The body corporate of the East Village apartments on neighbouring James St said it had “grave concerns” about the impact of the tower on residents, saying its design was akin to a 12-storey complex and was a clear example of “overdevelopment”.

Residents have complained that the building will affect their privacy and obscure their view of the church.