A behavioural economics team in the department, working with the Australian Financial Security Authority, sought to examine the decision-making process and whether people applying for bankruptcy understand the consequences.

“Some applicants may be overly optimistic in their ability to deal with bankruptcy consequences and fail to consider them in full, or they may simply not wish to engage with distressing information,” the team wrote in a newly-released report.

After AFSA moved the application process online last year, the team tested various alternative approaches, including six versions of a prompt known as the ‘consequences tool,’ a video and a pop-up quiz. The aim was to ensure applicants knew what was involved with bankruptcy and test whether anyone was dissuaded from following through. 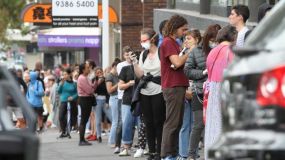 Pandemic, then a recession, yet we've never had so few bankruptcies

“We found the people we surveyed from the general public lacked critical knowledge about bankruptcy – especially about the duration, which debts are extinguished by bankruptcy and which still need to be repaid,” the report states.

Yet by the time people were applying for bankruptcy, the alternative approaches had little impact on the information they disclosed or their intentions. The team suggested this was a valid outcome that should inform government communication policies.

“Across many services, the Government often needs to ensure people understand and apply complex information,” the report states.

“This research contributes to our understanding of how this is best achieved.”

According to the latest AFSA statistics, 122 people in Queensland entered into personal insolvency agreements in the fortnight ending August 8, including 64 going into bankruptcy. The industries most affected were health care and social services (21), construction (14) and retail (14).

Nationally, 433 people entered into personal insolvency agreements during that fortnight, including 240 going into bankruptcy, from a yearly high of 524 and a low of 331.