The development, set to cover one of the most sought-after river-facing locations in Brisbane, can now go ahead after the Planning and Environment Court this week rejected the residents’ case to stop it.

Residents Peter McKay, Reno Panozzo and Peter Jensen had tried to convince the court that the development was too tall and bulky and would overshadow nearby properties.

But Judge Nicole Kefford dismissed the appeal, saying the case for stopping the development was “unreasonable” on several grounds and the project would “address a latent demand for premium apartments at New Farm”. 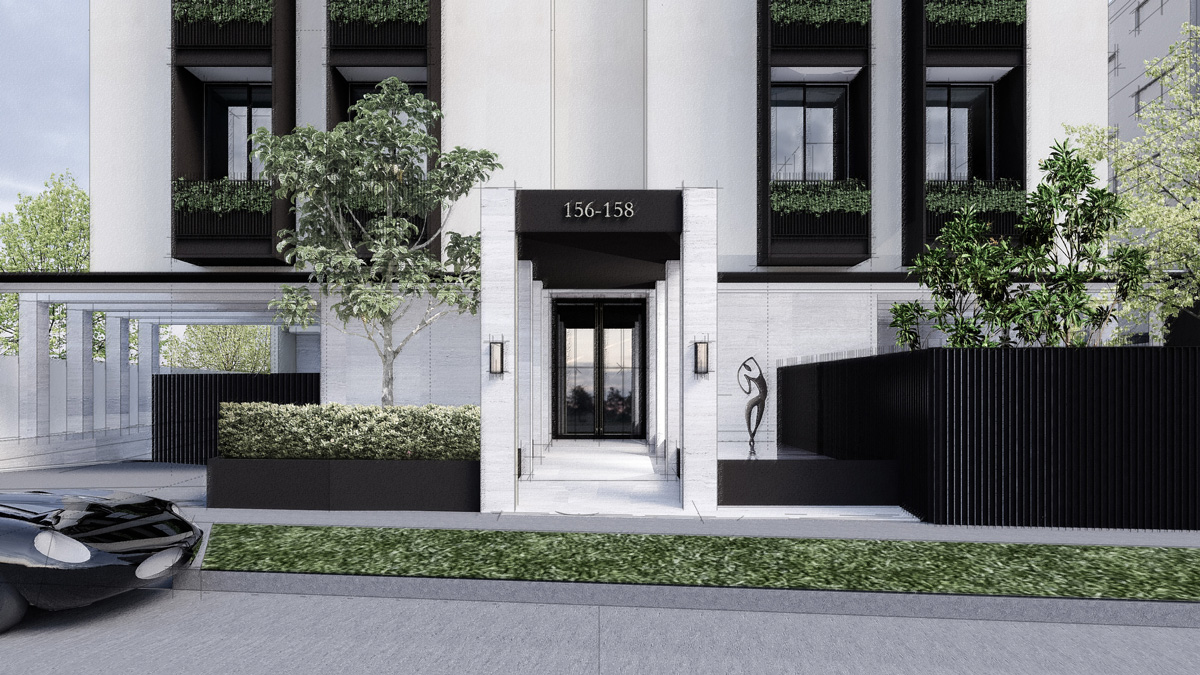 Architect’s render of the entrance to the new development. Image supplied.

She said that even though the proposed development did not comply strictly with planning regulations it would not have “unacceptable impacts”.

“I am satisfied that the exercise of the broad discretion favours approval of the proposed development,” she wrote in her judgement.

Private developers the Azure Group last year won Brisbane City Council approval to build 12 large apartments on the site which it bought in 2019 for $10.2 million. It’s estimated the finished apartments will fetch prices starting at $4 million.

Although it will sit in a part of New Farm noted for high rise apartment blocks like the heritage-listed Glenfalloch and the Kirribilli building, the planned project attracted significant opposition from nearby residents.