The revised project is now 24 storeys rather than 32, with the number of apartments in the development reduced 382 to 250.

Aria has even proposed an on-site “urban community garden” producing 500kg of strawberries and 35,000 kale bushes a year to make the project more attractive to locals.

Since it was revealed last year, the tower planned for the corner of Merivale and Glenelg Sts has split the South Brisbane community, with many residents protesting that the development fails to meet local planning requirements.

Promoted by the company as an “urban forest” with “backyards in the sky”, the building was to have accommodated more than 20,000 plantings, including 1000 trees, fed by a greywater irrigation system to make it an exemplar of international standards for green buildings. 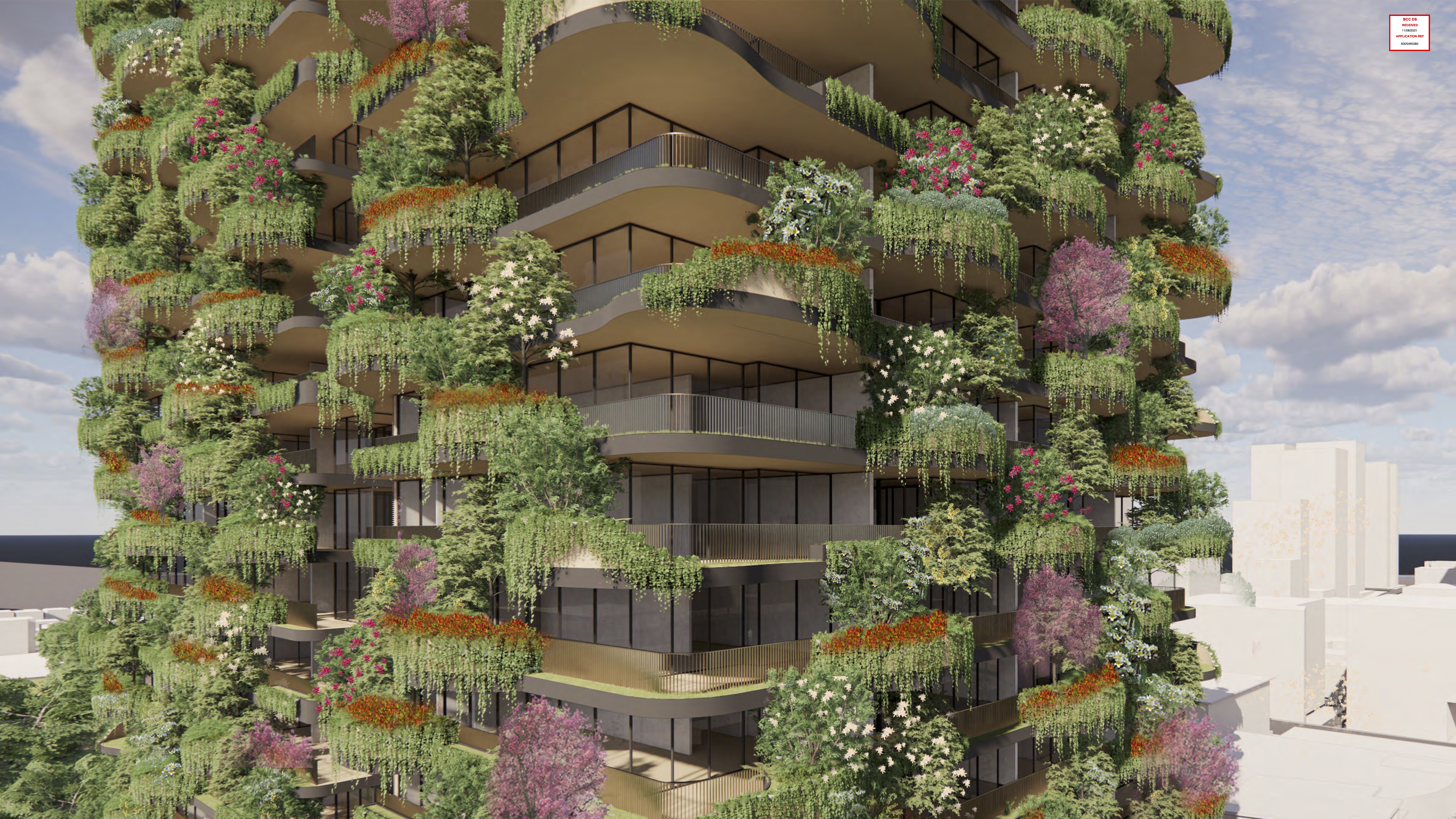 However, in documents lodged with Brisbane City Council this week, Aria has proposed a range of changes to its original development application, including the reduced building height, increasing community space and cutting the number of trees for each level from 26 to 20.

“The urban farm will also host visitors and school groups to provide educational opportunities in the form of urban produce gardening,” a report by planning consultants Urbis states.

At 24 storeys, the revised development remains twice as high as the 12 storeys allowed for buildings in that area under the South Brisbane Riverside Neighbourhood Plan.

However, Aria is seeking a so-called “performance outcome” to allow the increase in height limits, arguing that the overall development complies with the aspirations of the neighbourhood plan.

It also argues its revised proposal addresses overshadowing issues in nearby Musgrave Park.

There has been significant public opposition to the project over its location and bulk as well as doubts over its sustainability as a “green building” given the large amount of plantings that would have to be maintained.

Those objecting included local Greens councillor Jonathan Sri, who admitted that the building looked “the kind of development that Greens councillors like me should be cheerleading for: rooftop solar panels, green walls, and trees growing out of balconies – what’s not to like?”

“Unfortunately, all of this is ultimately just greenwashing on an unsustainable project that undermines the broader public interest,” he said in his submission to the original Aria development application.

However, Aria has shot back, telling council that “submissions were overwhelmingly supportive which is unusual for a project of this nature, with 90% positive as opposed to only 10% not supporting the proposal’.