The undergrounding of the existing Inner Northern Busway interchange was touted as offering a “seamless connection” to the new rail link which would “value-add” to the Roma St precinct, dubbed Brisbane’s new “Grand Central”.

The original plan was for 650 metres of the Inner Northern Busway to be relocated directly under the new Roma Street station plaza, making it easier for commuters to change bus or trains at what is proposed to be Queensland’s busiest public transport hub. 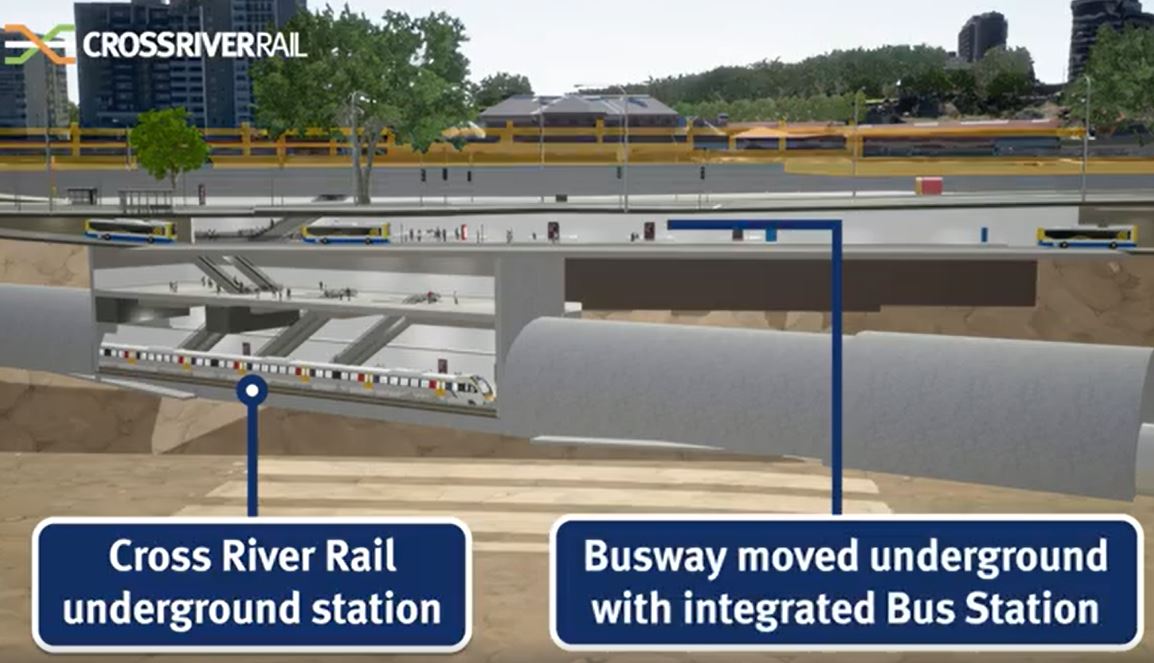 Plans for the undergrounding of the Roma St busway interchange have now been scrapped.

But Transport Minister Mark Bailey revealed on Tuesday that the project has been scrapped and the government had opted to keep the busway above ground and on its current alignment.

The change will mean many of the 36,000 passengers expected to use the redeveloped Roma St station every day will not be able to transfer as smoothly between buses and trains as originally envisaged.

When they announced the planned underground busway in 2019, Bailey and then deputy premier Jackie Trad said it would better integrate bus services with the new underground train station, which would make it more convenient for commuters.

Bailey said the rethink followed “further assessment and consultation with the property sector”.

He said that consultation showed commuters were more likely to change between above ground bus and rail services rather than rail services arriving underground.

“As part of the Roma Street Station rebuild, we’ll therefore upgrade the busway, including extending the length of bus Platform 1, and refurbish the existing subway that connects all 10 of Roma Street’s above ground platforms,” he said.

“Those refurbishments will bring it in line with the look and feel of the new underground station and the main station plaza, which will be a win for commuters and a better value for money outcome.”

The government is anxious to claw back some of Cross River Rail’s $5.4 billion cost by ensuring that the project’s new stations and surrounding precincts are as attractive as possible to private sector investment.

The scrapped project was supposed to support 480 of the estimated 7700 jobs the government says will created by building Cross River Rail.

However, the rethink on the busway has been an open secret for months, with transport lobby groups openly speculating the project would be scrapped to save costs.

Confirmation it would be killed off came at the bottom of a media release hailing the arrival of the first of Cross River Rail’s two Tunnel Boring Machines into the 15 metre high underground cavern beneath Roma Street that will house the precinct’s new train station.

The TBM, ‘Else’, has made its way from Woollongabba underneath the Brisbane River and the CBD since beginning work in February.