Born in Auckland, Cooper moved to Australia with his family aged 13 although he still holds New Zealand citizenship.

The 33-year-old played for the Wallabies from 2008-2017, including at two World Cups but it didn’t appear to be enough to satisfy government officials.

“Wearing the green and gold 70 times apparently is not enough these days.” 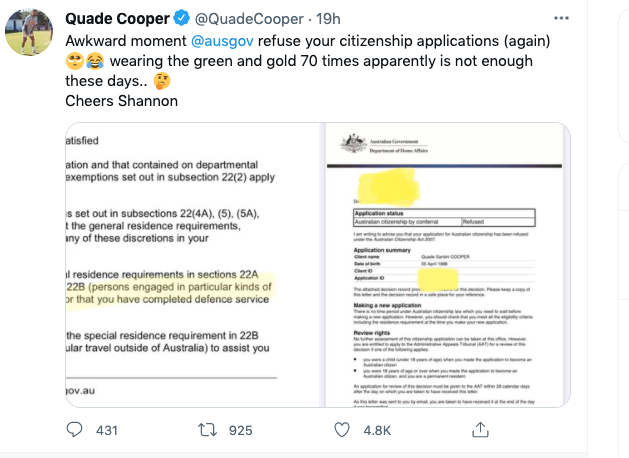 In a screenshot of his application it said Cooper had not provided evidence to satisfy the special residency requirements, which refers to “persons engaging in activities of benefit to Australia” and “persons engaged in particular kinds of work requiring regular travel outside of Australia”.

After playing for Queensland and Melbourne in Super Rugby, Cooper currently represents Japanese side Kintetsu Liners.